We’re delighted to report PETA’s latest victory for animals used for experimentation—and this time, our “happy dance” is a Charleston, in honor of the hometown of the Medical University of South Carolina (MUSC). Following a vigorous PETA campaign, MUSC has confirmed that the school has not used any pigs for crude trauma training exercises in more than a year and that it has no future plans to do so. 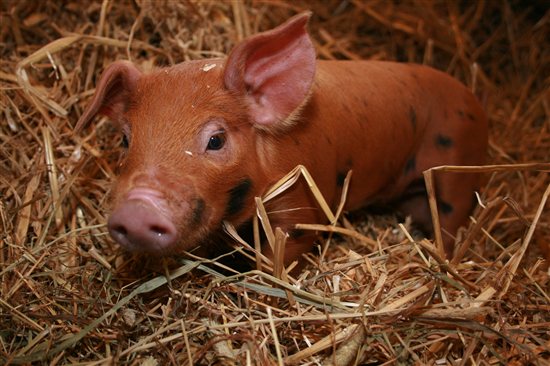 After learning that participants in cruel, archaic training exercises were cutting holes into the throats and chests of live pigs—even though the university used superior state-of-the-art simulators to teach the same skills in other courses—PETA embarked on a three-year campaign to urge MUSC to modernize its curriculum.

Thanks are due not only to MUSC but also to everyone who supported PETA’s efforts, which included protests near campus; involvement from local law students; an online campaign in which tens of thousands of people contacted the school via e-mail, Facebook, and Twitter; and complaints to authorities that prompted citations for violations of federal animal welfare law.

Pigs in South Carolina can rest a bit easier now, but a few schools still torture and kill animals instead of using modern and superior non-animal training methods. Please urge the University of Michigan to follow MUSC’s smart and compassionate example by ending the use of animals for its trauma training courses in favor of the simulators that it already owns.