A patron of a McDonald’s in La Verne, California, noted that this marketing display makes the chain’s new Mighty Wings look like “crusty s**t.”  Hey, who says there’s no truth in advertising? 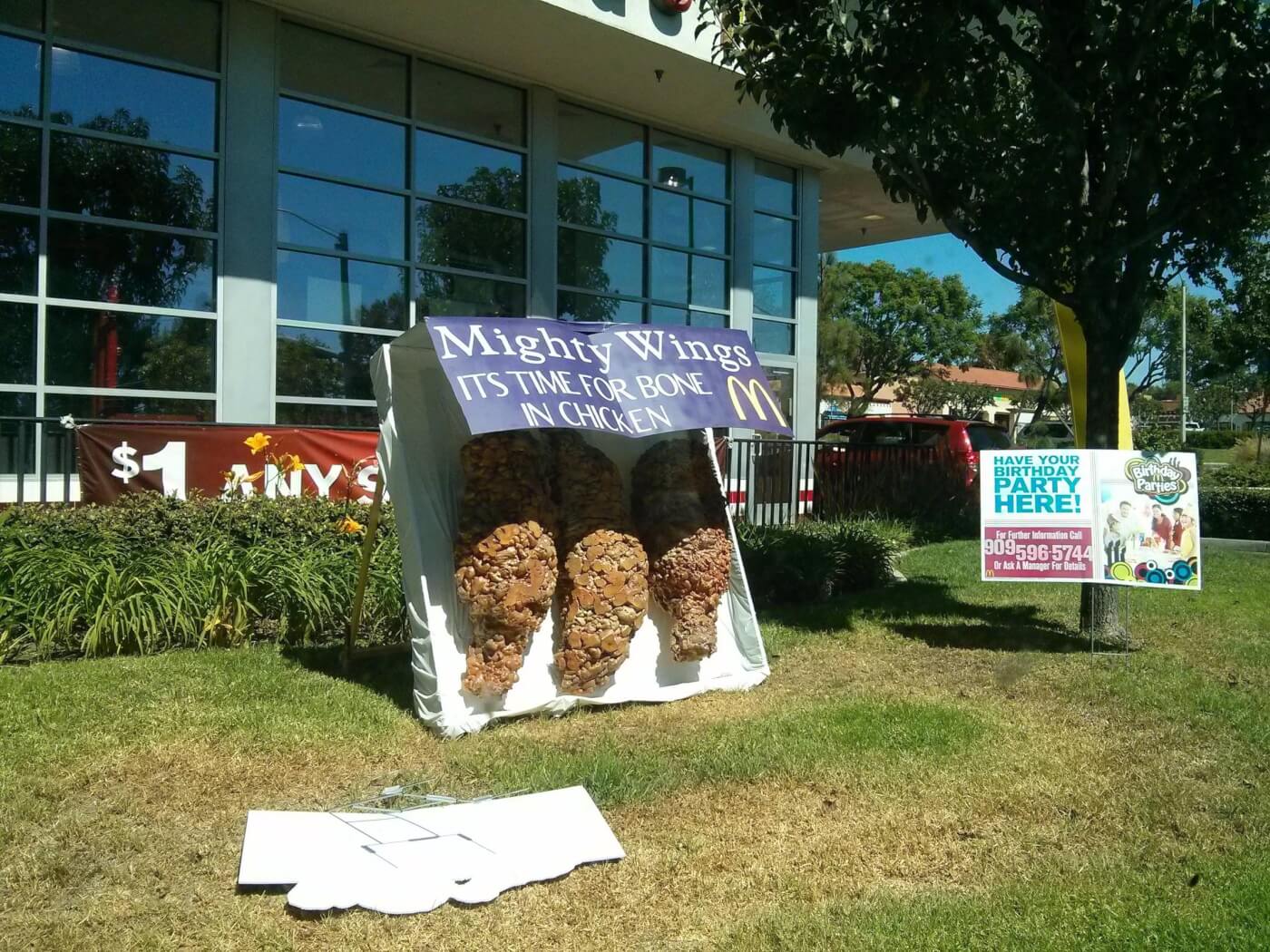 Chicken doesn’t just look like crap—it’s covered with it! According to a study by the Physicians Committee for Responsible Medicine (PCRM), almost half of the chicken sold in grocery stores is contaminated with E. coli, an indicator of fecal contamination (“coli” comes from “colon”).

How does chicken get plastered in poop? Chickens are already filthy from wading in excrement in factory-farm barns and defecating on each other while crammed together on crowded transport trucks. During slaughter, their bodies are ripped apart, splattering feces everywhere. Then they are dumped into a chill bath in an effort to cause their bodies to absorb water and gain weight (since they are sold by the pound). The bath has been called “fecal soup” because it accumulates the feces from the bodies of all the chickens who are dunked into it.