Well, you can never say that PETA shies away from controversy. True to form, we’re leaping into the fray—figuratively, and almost literally—by attempting to bring a message of nonviolence to the Middle East.

We’re requesting that the Israeli Defense Ministry allow us to post a pro-vegetarian mural on both sides of the barriers that separate Israelis and Palestinians on the Gaza Strip and the West Bank. The image we’ve proposed portrays Israeli and Palestinian families having dinner together under the words “Give Peas a Chance” and “Nonviolence Begins on Your Plate: Go Vegetarian” in English, Arabic, and Hebrew. 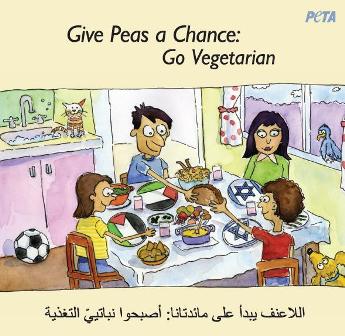 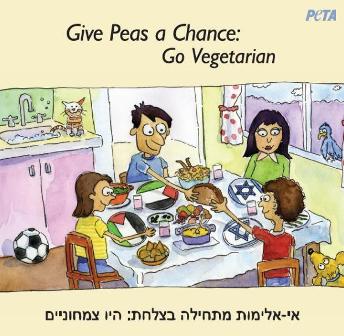 This isn’t the first time we’ve tried to promote a nonviolent diet in the Middle East. In 2005, PETA President Ingrid Newkirk traveled to Bethlehem to address the International Nonviolence Conference. Her speech, titled “Nonviolence Includes Animals” (which you really should see), marked the first time that anyone had ever been invited to discuss animal rights at an international peace conference.

I know what you’re thinking—choosing falafel over lamb chops isn’t going to create peace in the Middle East overnight. But if we can inspire people to relate to the animals who wind up on their plates, maybe we can also inspire them to relate to the people on the other side of the barriers.