Update (April 25, 2022): Animal exhibitor Jeff Lowe was slammed with a huge bill by the judge ruling over PETA’s successful Endangered Species Act lawsuit against the Tiger King antagonist last week. The U.S. District Court for the Western District of Oklahoma ordered Lowe to pay $183,557.90 in attorneys’ fees and costs to PETA.

Almost a year after federal agents seized the wild cats in his care, a federal judge orders Jeff Lowe (of Tiger King notoriety) to pay $183,557.90 in attorneys’ fees and costs to PETA, stemming from the group’s successful Endangered Species Act (ESA) lawsuit against him. @kfor 🧵 https://t.co/eOLuKoOfrs

PETA Foundation Director of Litigation Asher Smith weighed in on this latest progress:

No amount of money can undo the suffering that these lions endured, but the judge has sent a clear signal that animal abuse comes with a hefty price tag. This fresh blow will make it harder for Lowe to do business, and PETA asks the public to help wipe out other animal exploiters by shunning all roadside zoos.

Lowe’s payment will be put toward future efforts to rescue other animals like Nala from decrepit roadside zoos. We will continue our efforts to recoup payments from him and Tim Stark, Lowe’s former business partner and a fellow Tiger King menace who owes us more than $750,000 in legal fees and other costs.

Keep scrolling to learn more about our lawsuit win against Lowe and to discover how you, too, can take action for big cats.

PETA has scored a victory with our Endangered Species Act (ESA) lawsuit against notorious animal exhibitor and Tiger King villain Jeff Lowe! The U.S. District Court for the Western District of Oklahoma found that Lowe “treated the four lions directly involved in this case … with appalling cruelty.” This is the first court decision establishing that Lowe’s treatment of animals was so deficient that it violated the ESA.

Jeff Lowe’s Violations of the ESA

Our lawsuit sought justice for the mistreatment of lion cubs Nala, Kahari, Amelia, and Leo, who were originally in the custody of Jeff Lowe and his former business partner Tim Stark. Stark violated multiple court orders in the case by transporting the four cubs to Lowe’s Wynnewood property, and Kahari died there only days before her scheduled rescue.

The court agreed that Lowe—who had lied about the circumstances of Kahari’s death and left her body outside to decompose beyond the point at which a necropsy could determine its cause—was in fact responsible for the lion’s death. He was also found liable for a number of other violations, including the following:

What You Can Do to Help Big Cats 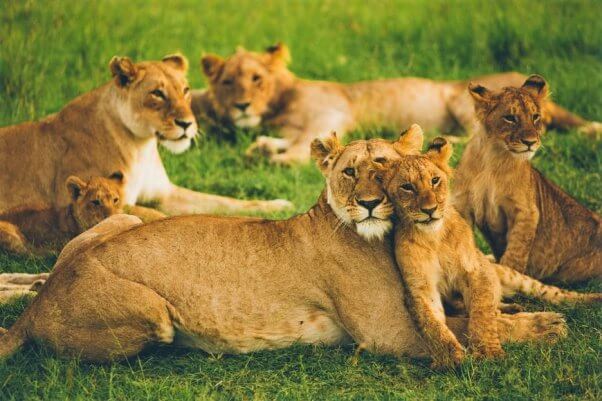 This court win sends a clear message to other animal exploiters that they will be held accountable for their actions. PETA’s victory against Stark allowed us to rescue the three surviving cubs as well as 22 other big cats.

Please urge your members of Congress to pass the Big Cat Public Safety Act, which would end private ownership of big cats, safeguarding humans and our fellow animals across the U.S.!