Virginia Commonwealth Attorney Gerald G. Poindexter, whose job entails dealing with a certain dogfighting case that you may have heard of involving Falcons Quarterback (for the time being) Michael Vick has apparently decided to sit around and do nothing instead. A full eight days after the indictment, Mr. Poindexter has yet to file any state charges against Vick. As PETA Director Daphna Nachminovich puts it,

“Short of an engraved invitation, what else will get Poindexter to file charges against Vick? He should be ashamed that it took the federal government to come down here to do his job for him. This case needs to go before a grand jury lickety-split. Vick’s name will forever be associated with cruelty to dogs and so will Poindexter’s unless he takes immediate action to see that justice is served.”

Right on, Daphna. And Poindexter, what the hell are you up to? You can read our letter to the attorney here. 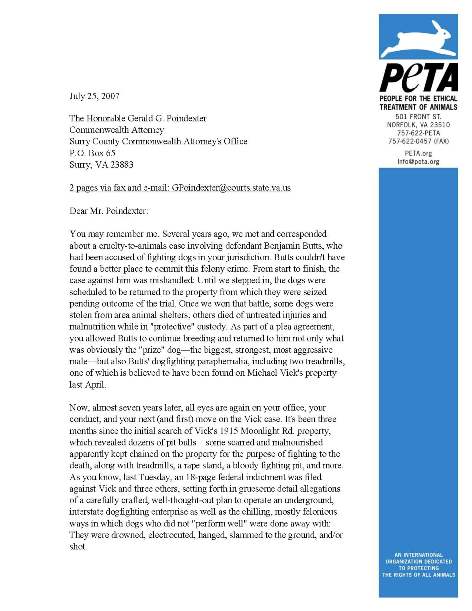