Donna Karan is thumbing her nose at compassion by launching a clothing line that’s dripping with dead rabbits. And so PETA’s finest, armed with protest signs and toy bunnies, held a demonstration outside a political fundraiser that was being held in New York City yesterday. The fundraiser had been organized by both Karan and “fur-free and fabulous” first lady Michelle Obama. The animal defenders made sure that everyone within earshot learned that Donna Karan is a “Bunny Butcher.” 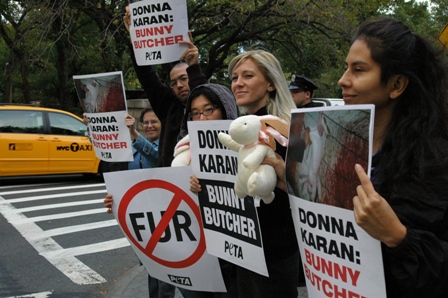 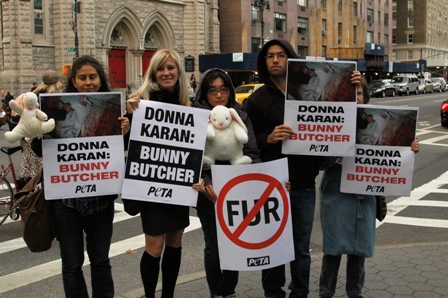 There was a tremendous amount of interest in this anti-fur demonstration—the first of its kind in New York this fall. The protest was covered by Gothamist and NBC, and follow-up stories continue to emerge.