UPDATE: After two years of discussions with PETA entities, the Polish Armed Forces confirmed in November 2013 that the country has replaced its use of animals in crude military training exercises with modern human-like medical simulators. The decision means that nearly 80 percent of NATO nations are now training service members without harming any animals. According to a Polish military official, protest letters from PETA supporters and PETA’s information about the benefits of simulators prompted the shift. Almost 30,000 people wrote to Polish military leaders through the action alerts of PETA entities worldwide.

Members of PETA’s research staff worked with current and former military medical officers to survey officials in all 28 NATO countries regarding their military medical training programs, and now their findings—showing that more than three-quarters of those nations do not use any animals—have been published in the August issue of Military Medicine, the prestigious journal of the Association of Military Surgeons of the U.S. The study’s publication is just the most recent advance in PETA’s campaign to end archaic, cruel, and deadly trauma training exercises by U.S. armed forces. 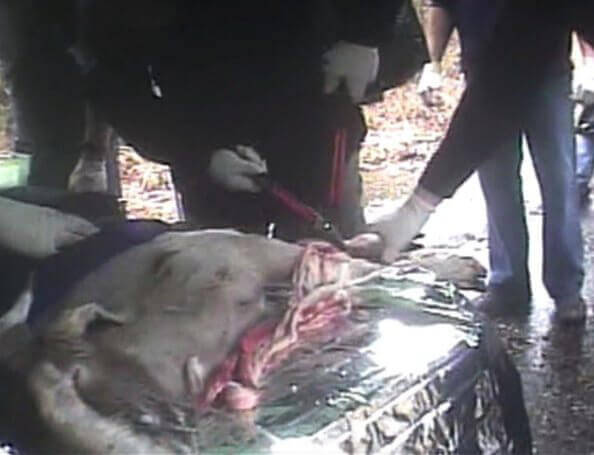 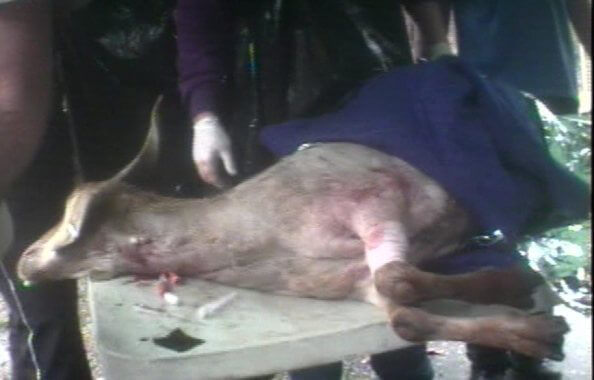 The 22 enlightened countries—among which are France, Germany, Greece, Hungary, Italy, Portugal, and Spain—rely exclusively on a variety of non-animal training methods, including the use of lifelike human simulators in realistic battlefield scenarios.

Just six NATO countries, including (sadly) the U.S. and Canada, continue to use animals in invasive and often deadly procedures. Each year, the U.S. military and its contractors shoot, stab, mutilate, and kill more than 10,000 live animals in barbaric and antiquated trauma training exercises, even though modern simulators that breathe and bleed have been shown to better prepare doctors and medics to treat injured humans than animal laboratories.

As the study’s authors state:

Although animal use in [military medical training] continues in some NATO countries, the overwhelming majority avoid this practice, which illustrates alternatives to the use of animals are available and that animal use is not essential.

Tell Congress that it’s time to catch up to our allies and completely replace the use of animals in military trauma training with superior non-animal training methods.