Days before the worst time in America for turkeys, PETA helped rescue 16 gentle turkeys who’d been imprisoned on a farm in Utah, saving them from being sent to a slaughterhouse where their throats would be slit. 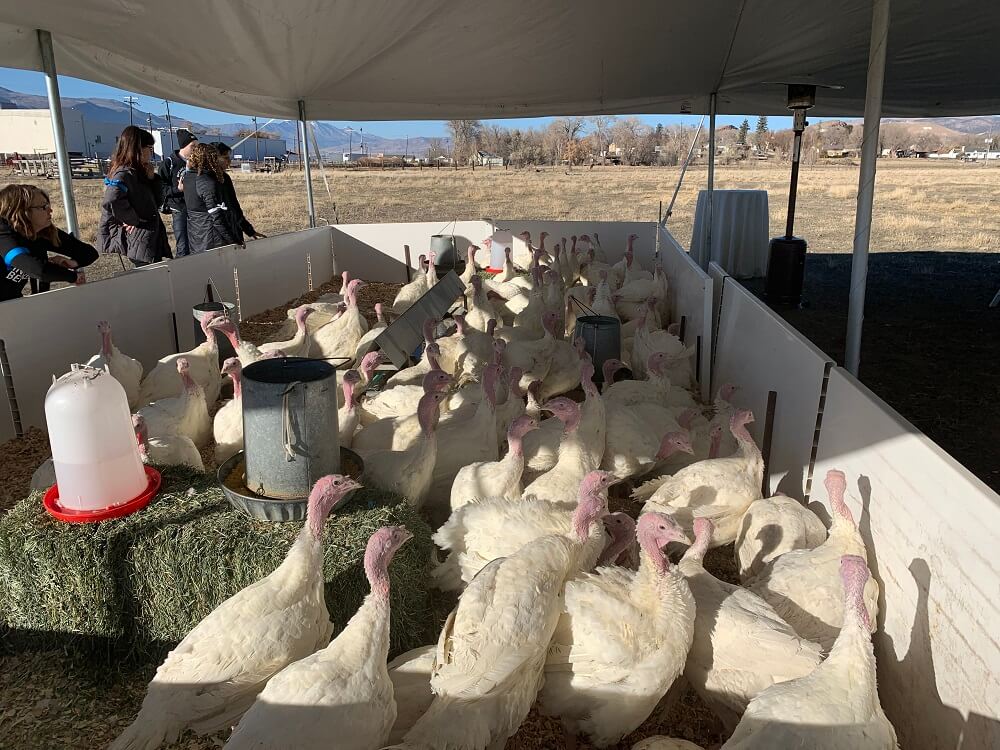 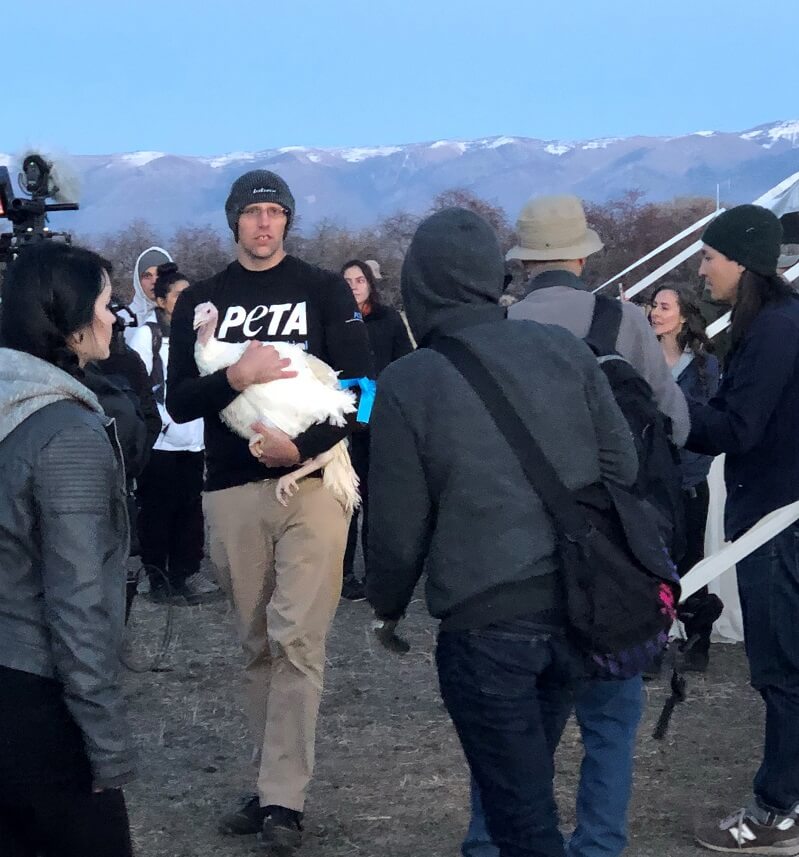 PETA’s rescue efforts are a part of a larger liberation project negotiated by PETA friend, Oscar-nominated actor, and animal rights activist James Cromwell and the group Direct Action Everywhere (DxE). Cromwell and DxE arranged for the rescue of 100 turkeys who were facing impending death at Norbest turkey farms outside Salt Lake City just days before Thanksgiving.

HAPPENING NOW: We're on the ground in Moroni, UT (near Salt Lake City) working with Direct Action Everywhere – DxE and James Cromwell Actor – Activist in the rescue of 100 turkeys ❤️ They will all be transported to reputable sanctuaries where they'll be able to live as a turkey should, with freedom to roam, good food, and friends — NOT killed for Thanksgiving dinner.

Posted by PETA (People for the Ethical Treatment of Animals) on Monday, November 19, 2018

PETA transported six turkeys to Wildwood Farm Sanctuary in Newberg, Oregon, while the other 10 went to The Humane Farming Association’s Suwanna Ranch in Elk Creek, California. Check out how these lovely ladies are settling into their new homes! 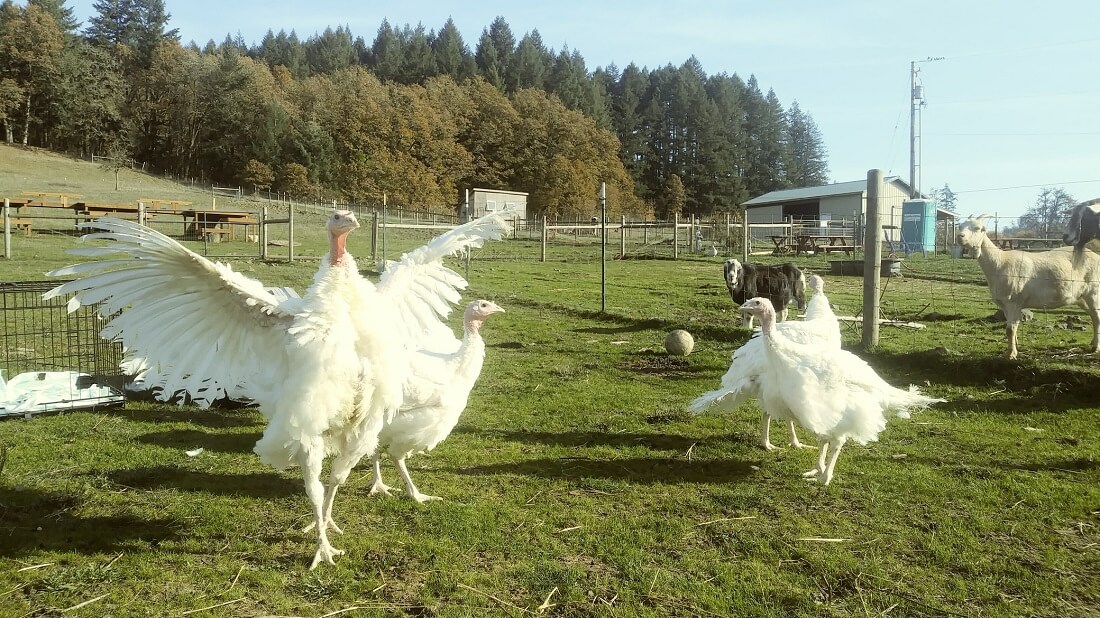 When we see turkeys as individuals—who, like humans and other animals, value their own lives and don’t want to die—we see that eating their flesh is indefensible.

Sure, humans may look different from turkeys, but when it comes to important qualities such as the ability to feel excitement, create family bonds, cherish life, and experience pain, fear, and love, we’re all the same.

Here’s something that the meat industry would hate for you to know: If you’re lucky enough to have one of these gentle birds as a friend, you’d know that they have diverse personalities and cherish taking care of their babies. These intelligent, naturally curious birds enjoy greeting new visitors and choose which humans they want to spend time with. Turkeys love to have their feathers stroked, and they’ll even listen to music and sing along.

But on farms, turkeys—who are naturally clean animals—are forced to live in their own filth in cramped, dank sheds. To keep the crowded birds from scratching and pecking one another, famers cut off parts of their beaks and toes without painkillers. Most turkeys are babies—only 3 to 5 months old—when they’re slaughtered. But during their short, miserable lives, they’re denied even the simplest pleasures, such as running, building nests, and raising their young.

Save turkeys year-round by sharing vegan meals with your friends and family.

Share this heartwarming story with your friends and family, too, and let them know that the best way to save any conscious, feeling animals raised for their flesh is to go vegan. Spread the compassion by sending someone you love a free vegan starter kit.

Not vegan yourself? No worries! Order a free vegan starter kit for yourself today. By simply leaving living, feeling beings off your plate, you’ll save nearly 200 animals a year from a senseless and terrifying death.