Camo was a sorry sight when Jenny Teed, a member of PETA’s animal rescue team, first saw him at an overcrowded facility in Puerto Rico in the wake of devastating Hurricane Maria. He was painfully thin and anemic, and his body was covered with oozing, bloody sores caused by demodectic mange so severe that one of his eyes was nearly swollen shut.

Even though Camo was so weak that he could barely walk, Jenny could tell right away that he was a fighter. No matter what it took, she was getting him out of there. 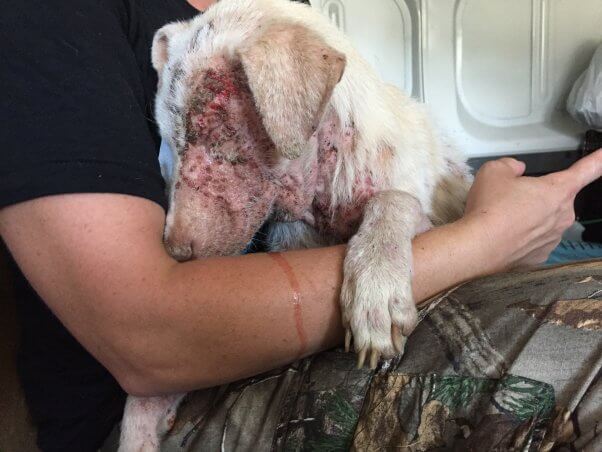 Camo was one of nearly a dozen desperately in-need dogs PETA evacuated from Puerto Rico on a chartered flight to our headquarters, the Sam Simon Center in Norfolk, Virginia. The dogs were then divided up among area shelters that we partner with, including the Virginia Beach SPCA, which treated Camo’s mange while Jenny fostered him. 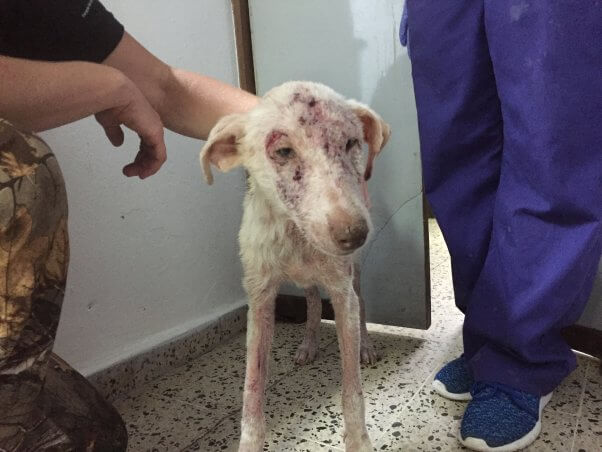 She was so smitten by his indomitable spirit that she decided to make him a permanent member of her family. 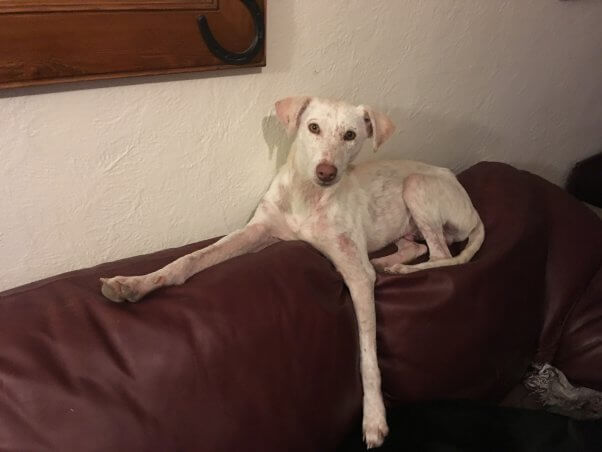 In the year since his rescue, Camo has experienced his first snowfall … 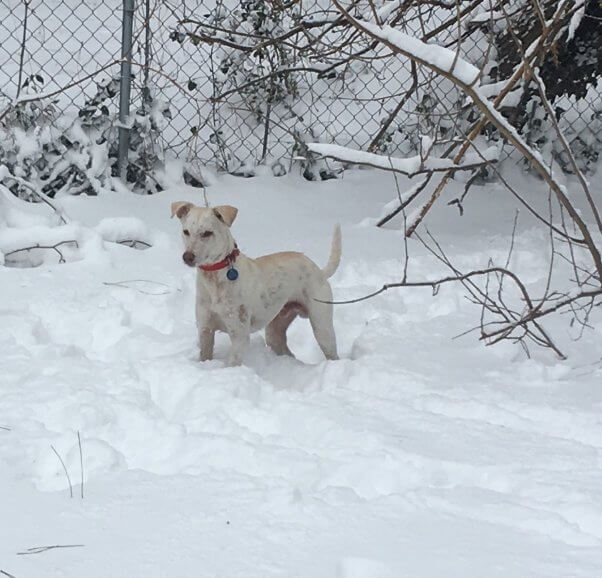 … “fostered” a litter of kittens … 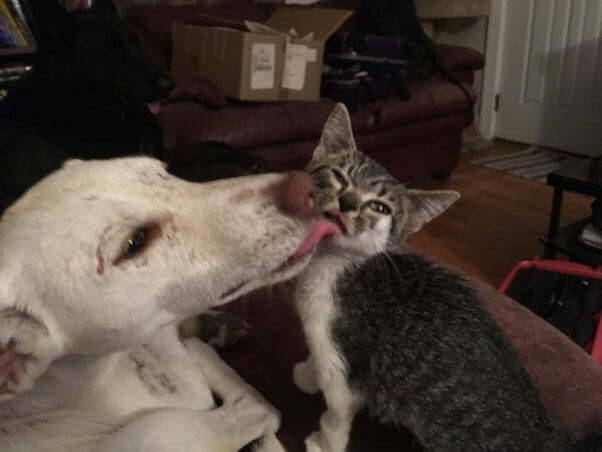 … and “adopted” a favorite toy. 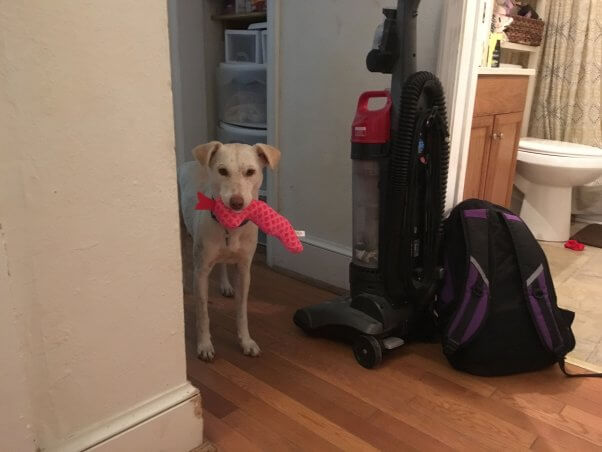 He’s even developed a bit of a daytime TV habit. 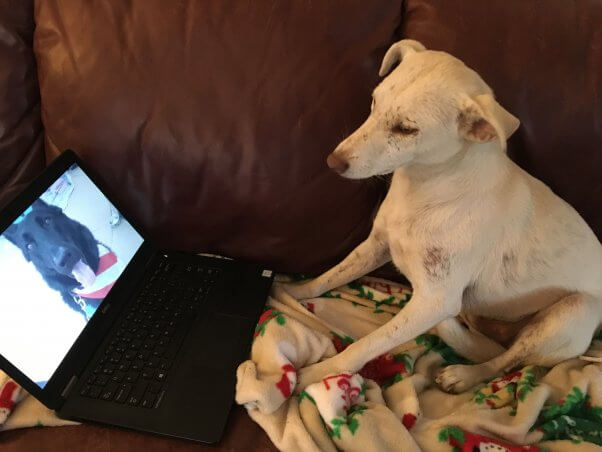 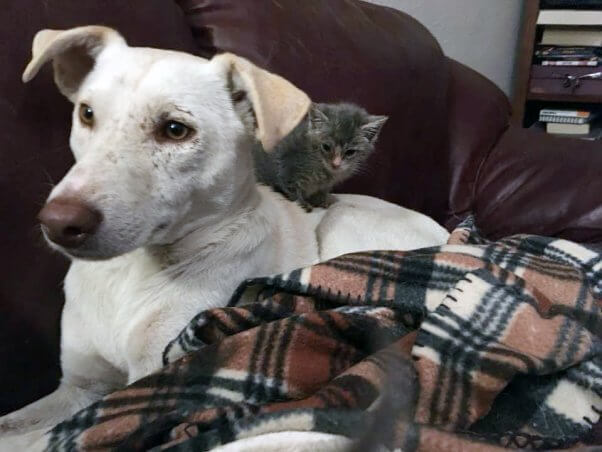 You can help PETA rescue more dogs like Camo by donating to our Animal Emergency Fund.