Many of us in the animal rights movement had to unlearn senseless habits that harm animals. But this wasn’t the case for longtime PETA member, supporter, and Action Team activist Coby Siegenthaler. Even in childhood, she was a friend to animals, and she kept working for their liberation until her final days.

Coby Siegenthaler passed away in the night from cardiac arrest. Animal activists will have to try a little hard now to…

Posted by Progress For Science on Saturday, January 13, 2018

Coby was born in the Netherlands on June 7, 1925, and she was raised as a vegetarian. In an interview, she recalled that her mother went vegetarian at 16 for ethical reasons, which estranged her from her family. Coby’s father was also a vegetarian but for health reasons, after suffering from polio as a child.

“It doesn’t matter how people get to it, as long as they stop using animals for food,” Coby stated. 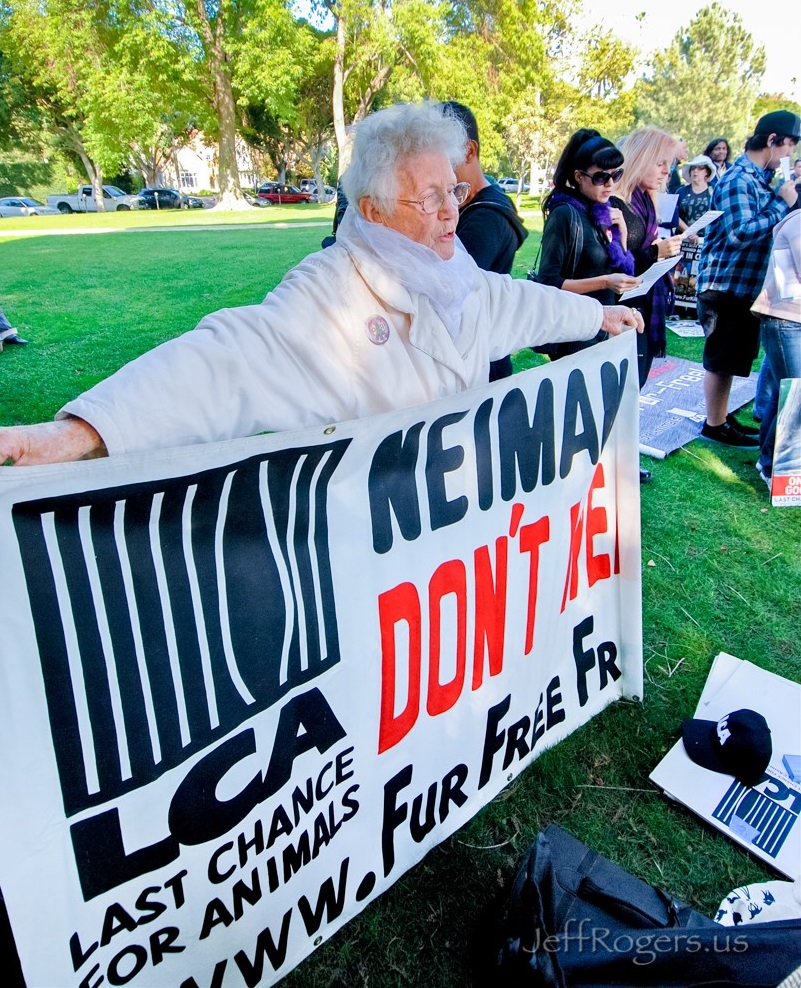 Her family’s compassion extended to their fellow human beings as well. During World War II, they helped hide numerous Jews from the Nazi regime. “Anybody in their right mind, I think, would help,” she said.

“During the war the Germans took our home, and we had to live in Amsterdam in what my mother called a ‘matchbox,'” she recalled. “We had neighbors above and below, left and right and all using our same stairs. For our Jewish friends it was always a temporary hiding place, never permanent. They came and went.” 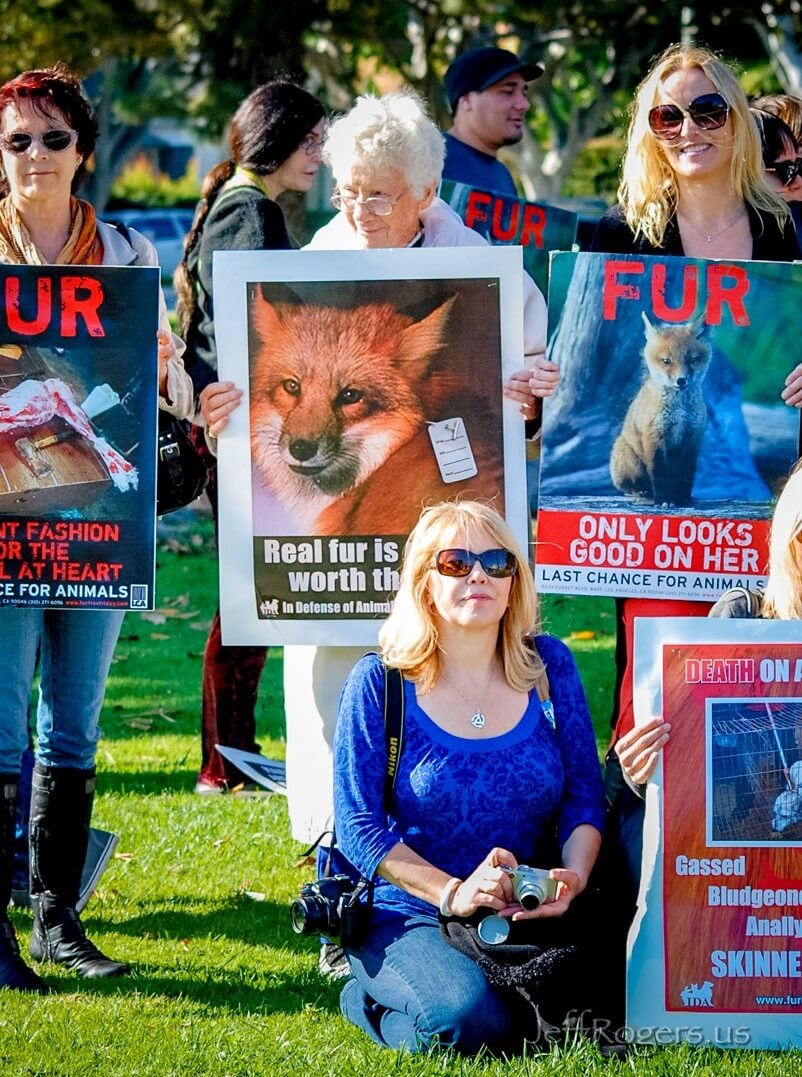 In 1955, post-war Europe was still ravaged by poverty. Coby and her late husband, Hans—whom she met in a vegetarian society youth group—moved to Los Angeles, where friends of theirs lived. “We also had friends in Alabama, but we could never live there with segregation,” she said. “We would be in jail right away.”

She went vegan soon after arriving in the United States in her early 30s. For over half a century, she and her husband acted with a deep compassion for animals. They were known to speak up for animals on the street and at conventions. They were often spotted protesting rodeos, fast-food chains, roadside zoos, and any other institutions that exploit living, feeling beings.

At Anti Vivisection march at UCLA in April.

When asked about humans’ relationship to animals, Coby responded, “Go to animals where they belong, to see them. Don’t take them away from their families. They are another nation. They have their own language that we don’t understand.”

For roughly 15 years, she hosted vegan potlucks on the fourth Saturday of every month. It’s no surprise that those who knew Coby describe her as a sweet person who loved to host traveling vegans and animal rights activists at her home in Los Angeles. As vegan author Jeff Rogers recalled, “When people would offer her gifts or money for her generous hospitality, she’d be quick to say ‘no’ and request they give it to animal charities!” 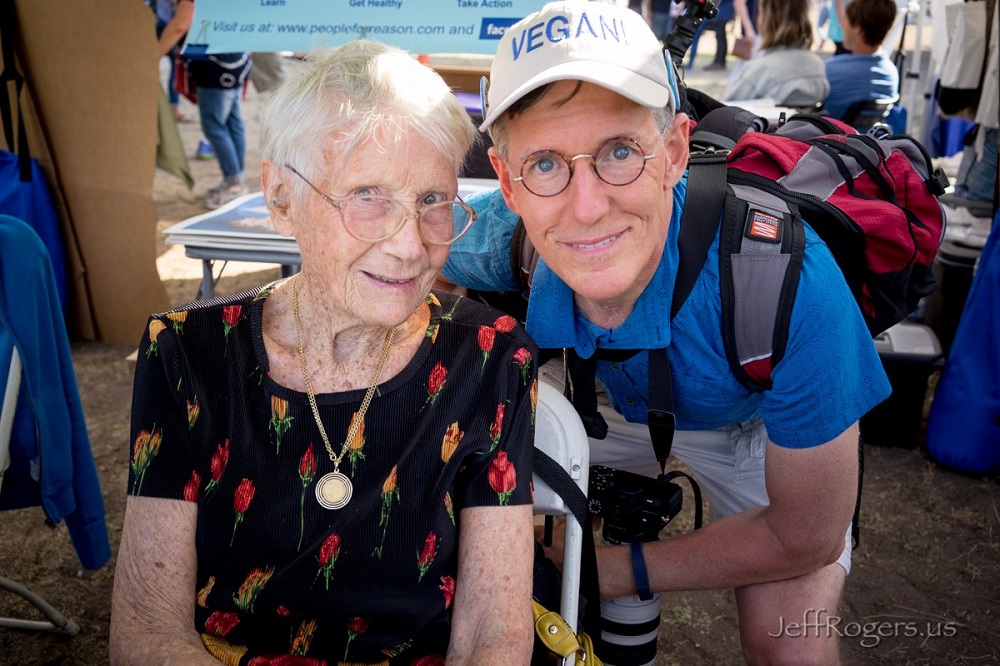 Coby was well known and well respected in the animal rights community. Everyone in the movement will have to try a little harder now to fill the space left behind by such a powerful soul. She was a gift to this world—and to animals in particular. She will be missed. 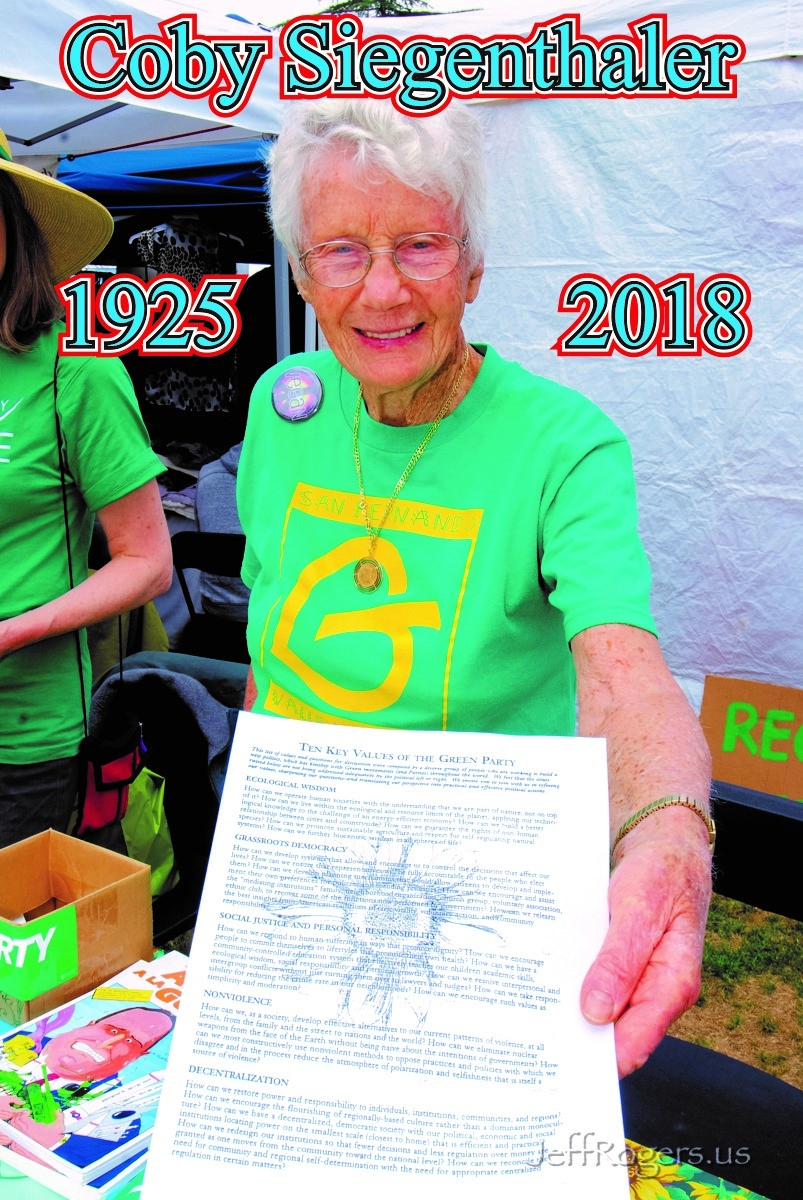 Stand Up and Speak Out for Animals in Coby’s Honor

If you’re not already vegan, make the compassionate switch today! The best way to show all animals real respect and compassion is to stop eating them. PETA will happily help you with a free vegan starter kit.

Being vegan is not just about leaving animals alone—on the contrary. The ethical thing to do in many situations is what Coby did countless times in her life: Come to their aid and try to give them the lives that they’re entitled to. In her memory, please take action today.

I Want to Help PETA Save Animals!