PETA members were out in force at The New York Times Travel Show to call out SeaWorld for using penguins as props. While some protesters sealed off the booth with yellow crime scene tape, others produced signs condemning SeaWorld’s tiny concrete tanks and orca captivity.

It’s very stressful for wild animals to be hauled around and forced to interact with large, noisy crowds of people. Yet SeaWorld regularly hauls penguins around the country to use in promotional displays. 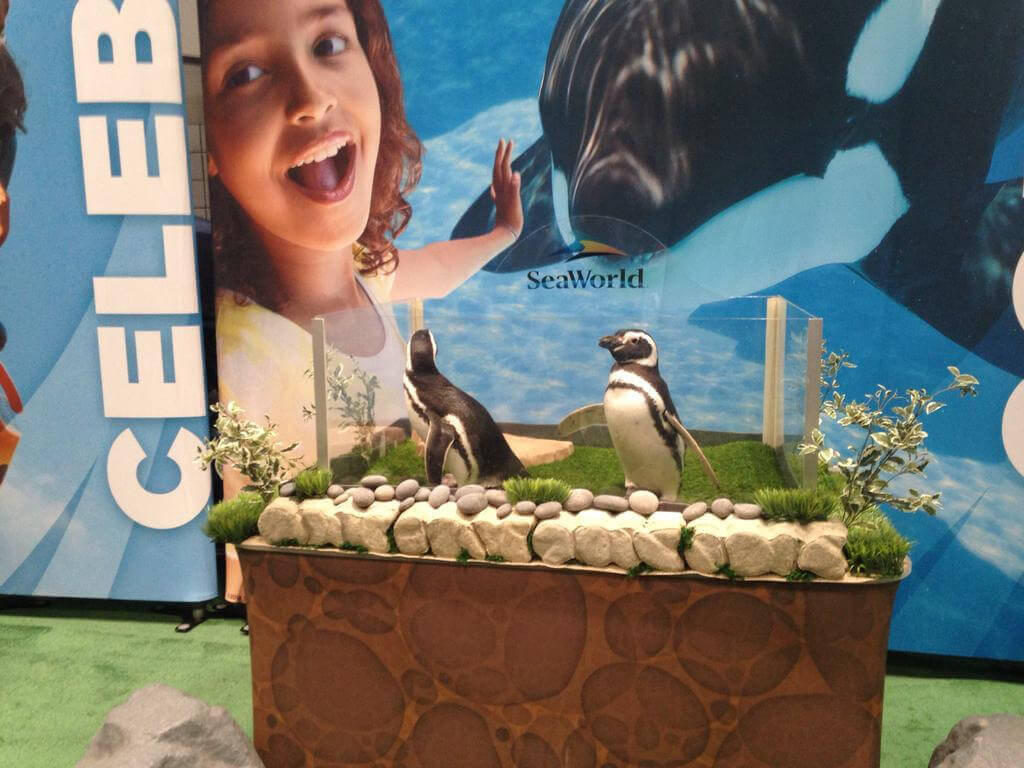 Show organizers should follow the example of a New York City restaurant that canceled a planned SeaWorld penguin appearance last year after a public outcry.

Never go to SeaWorld. If people stay away, the abusement park will eventually get the message that hurting animals is costing it money.