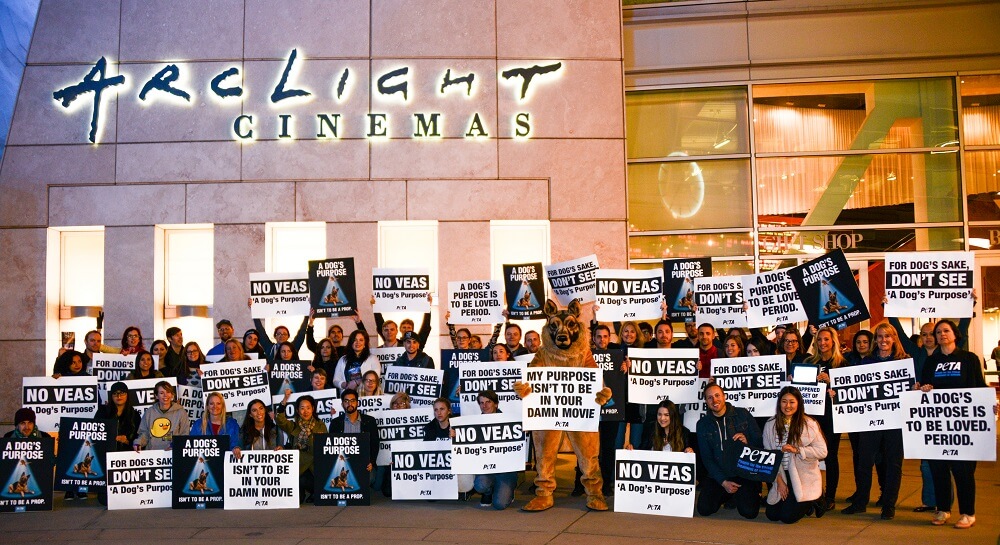 As kind people everywhere react to a behind-the-scenes video of a terrified dog who was forced into churning water on the set of A Dog’s Purpose as well as footage from a 10-month investigation of the supplier of dogs used for the movie, PETA members are leading a coalition of concerned dog lovers in lively protests across North America on Friday, the film’s opening night. Demonstrations took place in Los Angeles; New York City; Washington, D.C.; and Winnipeg, where the movie was shot. People are also mobilizing in more than 25 other cities, including Atlanta, Chicago, Las Vegas, San Diego, and Seattle. 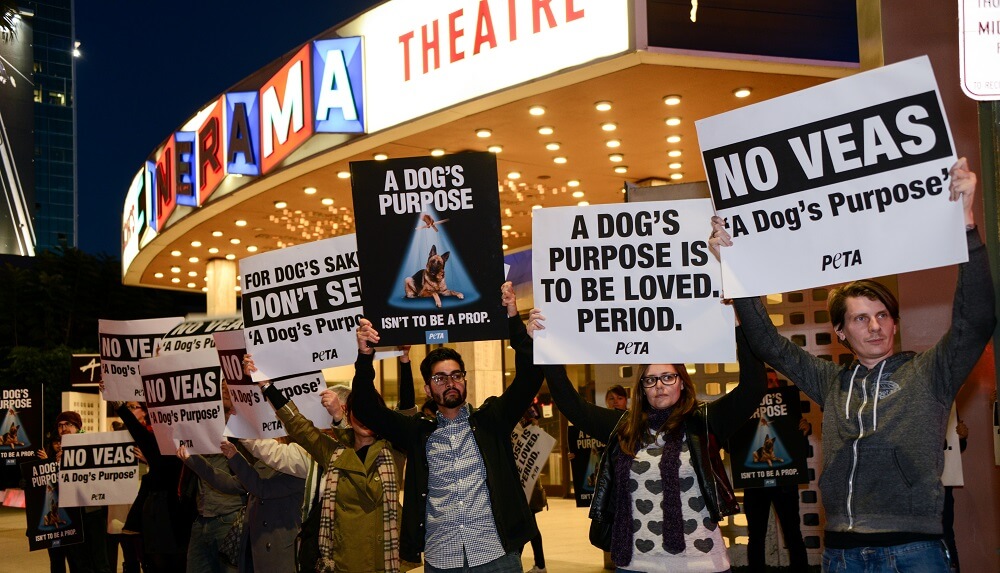 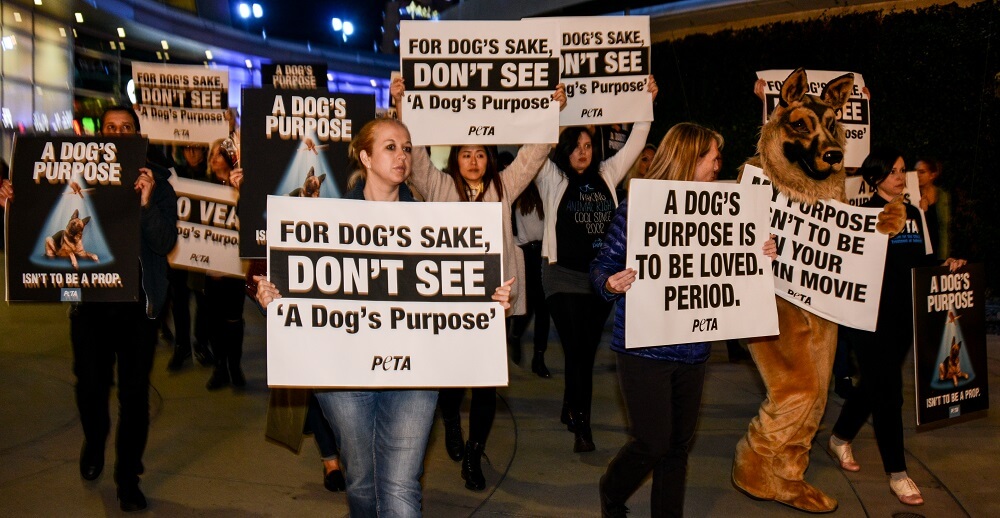 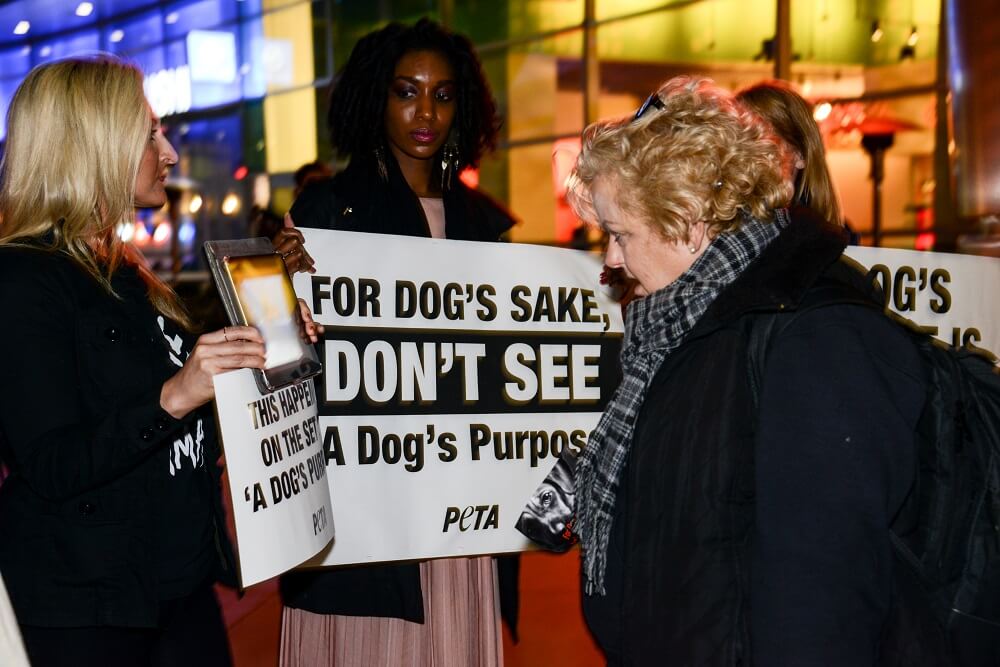 “No amount of spin from Hollywood will change the fact that being forced to do a terrifying stunt is not a dog’s purpose,” says PETA Senior Vice President Lisa Lange. “PETA is calling on kind people to boycott this film and send the message that animals should be treated humanely, not exploited as movie props.”

PETA recently released a video exposé of Hollywood animal supplier Birds & Animals Unlimited, which provided the dogs used in A Dog’s Purpose. The footage revealed that animals were denied adequate veterinary care, forced to sleep outdoors in the cold without bedding for warmth, denied food so that they would be hungry when being trained to do tricks, made to live in filthy conditions, and more.