And everywhere that GM went, PETA’s “bulls” were sure to go. After a recent PETA video exposé showed that on cattle ranches supplying GM’s leather processor, cows were electroshocked, beaten, and branded on the face with no pain relief, PETA’s “bulls” and their fellow protesters began following the execs at General Meanies and asking them to start offering vegan leather interiors for all car models. 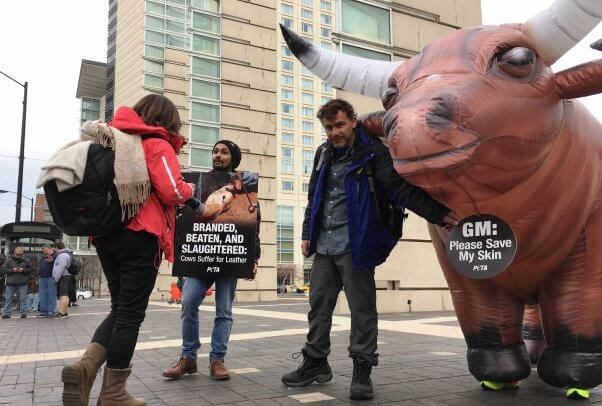 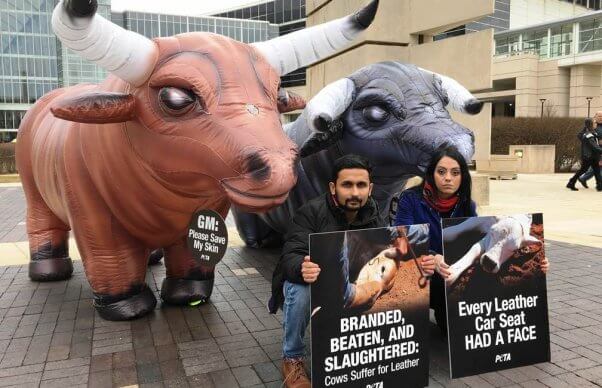 And the Philadelphia Auto Show: 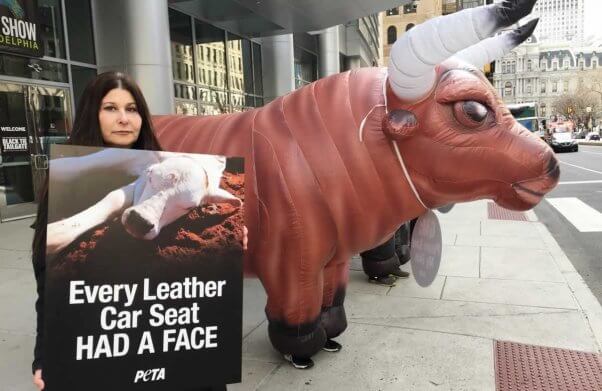 And another was posted outside GM headquarters in Detroit in December: 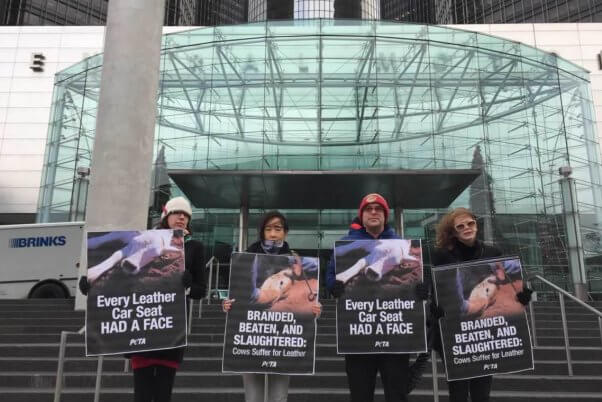 An eyewitness reported that cows suffered from open, bloody wounds and sometimes trampled one another in panic when forced to go through tight chutes. At slaughterhouses, their throats were slit and their skin was cut off.