When Pope Francis’ historic tour of the United States reached Washington, PETA’s happy “nuns” greeted him, bearing signs that proclaim, “Eating Meat Is a Bad Habit.” The sisters—who were in attendance at the Moral Action on Climate Justice Rally on the National Mall—held lollipop signs to spread the message that there is no such thing as a meat-eating environmentalist. 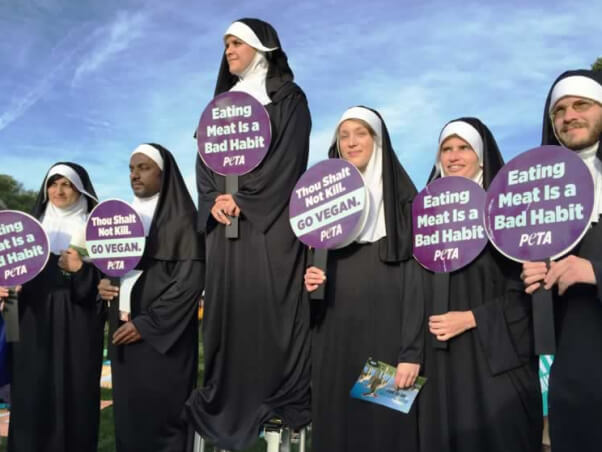 Moby, who was performing at the rally and sporting an awesome #VEGAN shirt, stopped for a brief interview with PETA’s Catie Cryar. Here’s what he had to say: 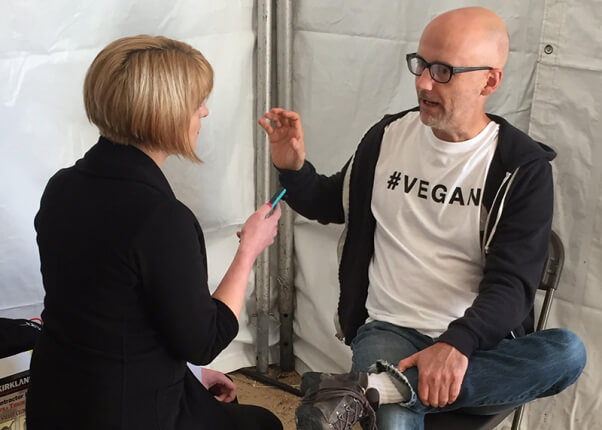 CATIE: What would you say is the most important thing that somebody, one person, can do to help the environment?

MOBY: The most important thing any person can do is become a vegan. And I don’t just say that because I’m a vegan, but like it’s the magic bullet. If everybody on the planet became vegan, climate change would be reduced by 30%, rainforest deforestation would be reduced by 80%, famine would be basically ended. The drought in California would end. It’s the one magic bullet that to a large extent comes close to fixing so many disparities.

After Moby’s performance, he spoke about how animal agriculture has taken a heavy toll on the environment. Before stepping off the stage, he made one clear announcement: “You can’t be a climate change activist and not be a vegan.” 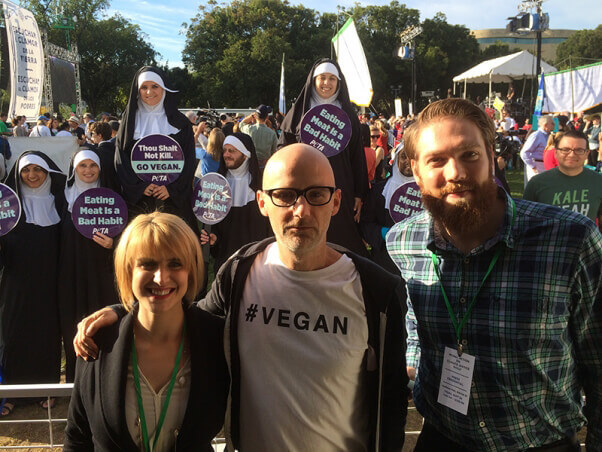 Eating vegan meals aligns perfectly with Pope Francis’ commitment to helping the poor, protecting the environment, and caring for animals, because vegans save resources, like water and grain, and spare animals’ lives.

During His Holiness’ visit, the PETA nuns will be everywhere, encouraging everyone, Catholic or not, to embrace ‘green’ values by switching to cruelty-free meals.

What You Can Do:

Did you know that you could save 100 animals per year just by adopting a vegan diet? Getting started is easy! Order a copy of PETA’s vegan starter kit and check out some of PETA’s resources on how to go vegan!