A duo of nude PETA members—covered only by a banner proclaiming, “We’d Rather Go Naked Than Wear Wool”—defied the cold snap on Thursday. 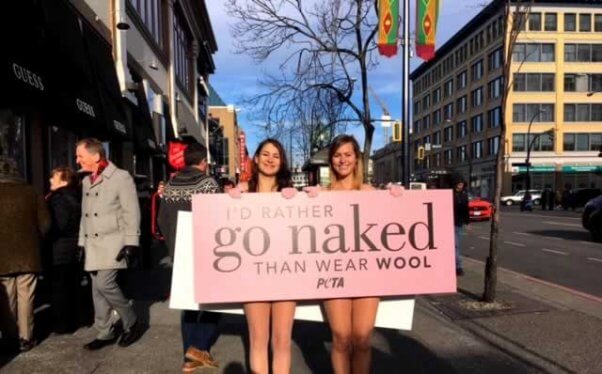 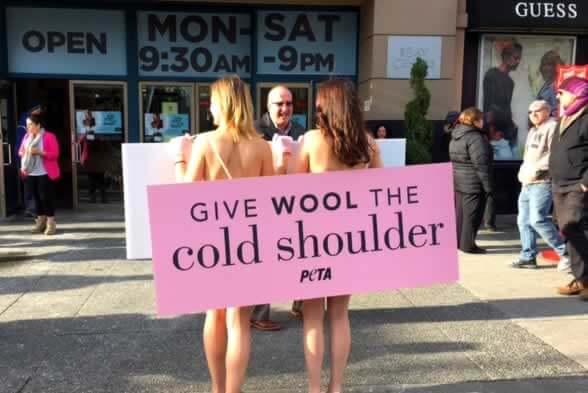 The eye-catching demonstration in Victoria, British Columbia, is part of PETA’s #WoolFreeWinter campaign—an effort to alert shoppers that sheep are beaten, punched, kicked, and even killed by impatient shearers in the wool industry.

PETA has released six exposés recorded at 39 facilities on three continents revealing that shearers are often paid by volume, not by the hour, which encourages fast, violent work that can lead to gaping wounds on sheep’s bodies. The wounds are then stitched closed—without giving the animals any painkillers.

This holiday season, please scratch wool off your shopping list and opt for vegan apparel and other animal-friendly items instead.