When a resident at an apartment complex in Indianapolis spotted two baby birds trapped inside a dryer vent on the outside of one of the buildings, one fledgling was already dead but the other was alive and chirping.

The resident called PETA for help, and we immediately got in touch with the complex’s after-hours emergency maintenance crew. Personnel rushed to the building to remove the vent’s cover, and within 45 minutes of the resident’s worried call, the little fledgling was free. The mother had stood nearby watching, and the reunited birds hopped away together. 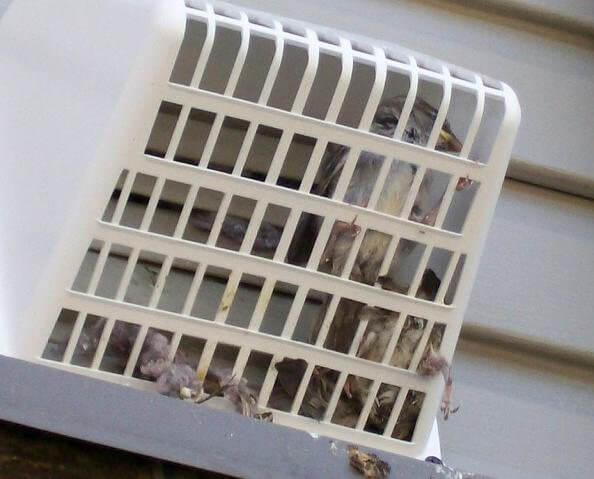 No one can be sure how the birds became stuck in the dryer vent, but it’s likely that the cover had fallen off and the mother bird had built a nest inside. When the maintenance team replaced the cover, it had unknowingly trapped the baby birds.

PETA’s national-pager carriers often get these types of calls. Mother animals have their babies in unexpected places, and when people do home repairs, they can trap animals without meaning to. While completing your summer around-the-house list, watch out for wildlife, and if you do see any animals who may have become trapped, call animal control, wildlife rehabilitators, or PETA for help.