He might have been burned, either by accident or intentionally by a cruel person. Or he might have been hit by a car and dragged. No one knew exactly how the feral cat had gotten so horrifically injured, but it was clear that the huge, severely infected wound—with dead and dying flesh—that covered most of his side would spell a slow, agonizing death. 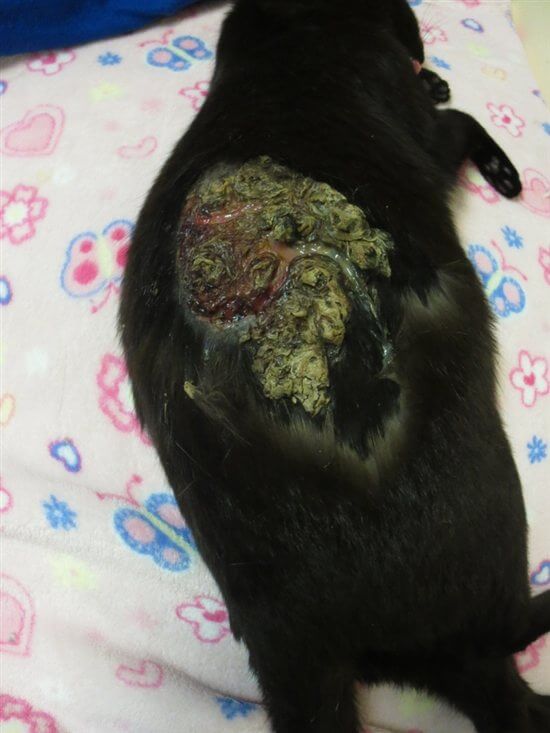 The woman who had spotted him on her wooded property in rural Virginia called her county animal control office for help but was told that it handled only dogs. The officer suggested that she call PETA—and she did.

A PETA fieldworker went to the residence the same day to set a humane live trap. Within hours, the suffering cat was caught and mercifully freed from suffering.

This cat suffered for a very long time before someone alerted PETA. We urge all guardians to keep their own cats safely indoors and to get immediate help for those they see who are suffering.