Does this sound like déjà vu to you? A weekend visitor to SeaWorld in San Antonio has sent PETA disturbing photographs of a dolphin who appears to be missing a chunk of flesh from his or her lower mandible. The injury is strikingly similar to the one sustained by an orca named Nakai at the San Diego SeaWorld just a few months ago. Just as we did for  Nakai, PETA has filed a complaint with the U.S. Department of Agriculture (USDA) and requested an investigation into the cause of the dolphin’s injury. 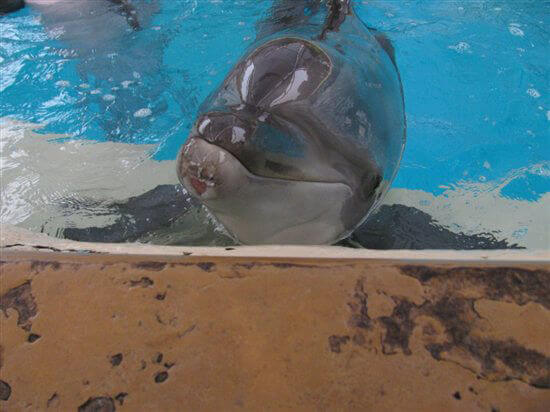 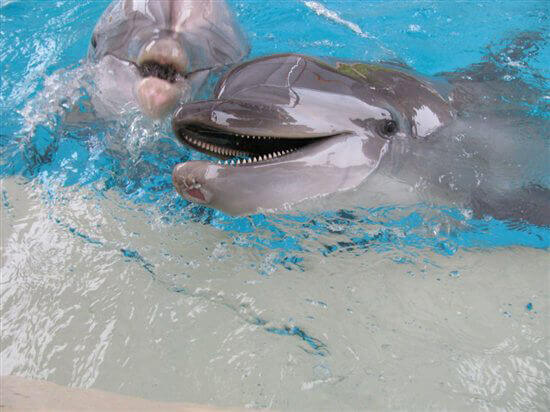 In Nakai’s case, the USDA listed the orca’s injury as being caused by a recessed track that holds gates that separate two of the tanks. Another injury to another animal, also caused by SeaWorld’s dangerous enclosures, would demonstrate a clear violation of the Animal Welfare Act, which states that facilities must be structurally sound and free from objects, projections, or edges that may cause injury and that all animals must be handled in a manner that does not cause physical harm.

But even without injurious enclosures, SeaWorld still harms marine mammals by robbing them of everything that is natural, pleasant, and important to them, such as living in family pods and swimming up to 100 miles a day in the open ocean.

And SeaWorld sentences animals to an early grave: Orcas, for instance, can expect to live an average of 30 to 50 years in the wild, and some live as long as 90 years. The median age for orcas in captivity is only 9 years. The debilitating stress of captivity weakens the animals’ immune systems. In fact, some other weekend visitors to SeaWorld San Antonio reportedly told employees about a shark who was lying belly-up in a tank and appeared to be dead.

SeaWorld: Dangerous for human beings and deadly for marine animals.