PETA had been trying to catch up with California Gov. Jerry Brown for weeks. Brown had been talking out of both sides of his mouth—committing to ending California’s crippling drought while simultaneously throwing his support behind the dairy industry, which is one of the biggest water-wasters on the planet. So our costumed cow wanted to chew the cud with Brown.

A wily PETA campaigner got wind of a secret invitation-only meeting that the governor was holding in Fountain Valley, and our “cow” and three other PETA staffers quickly hoofed it there. The fearsome foursome pulled their van right up next to the governor’s car and hopped out, unfurling this banner and sending a message to Brown: 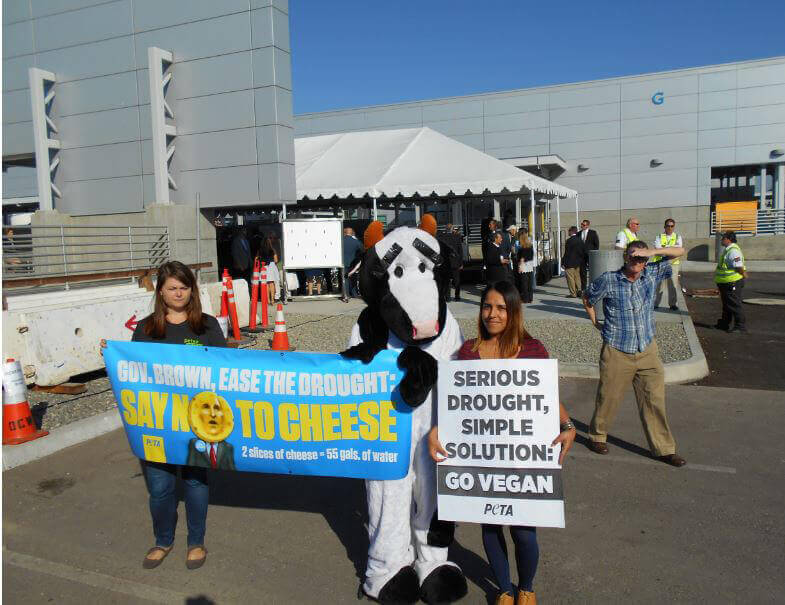 It didn’t take long for security to figure out that the group wasn’t supposed to be there, and it was promptly escorted out. But our “cow” wasn’t quite finished.

Today, she went to the California State Capitol, accompanied by several helpers, to talk to people about how California’s dairy industry required a whopping 4.79 trillion gallons of water last year. The “cow” made sure that people herd how it takes an estimated 1,000 gallons of water to produce 1 gallon of cow’s milk and how producing just two slices of cheese requires 55 gallons of water—enough to fill 440 glasses. 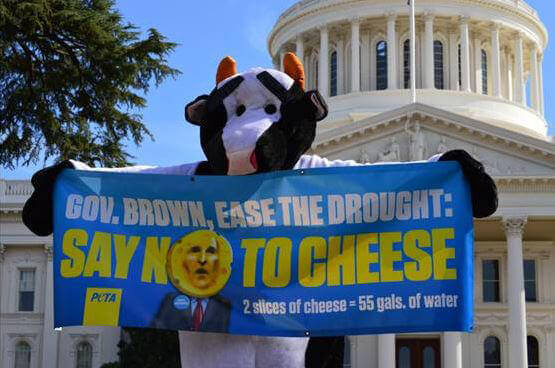 The cow asked Brown to stop letting the dairy industry butter him up and instead go vegan in order to lead California by example. To help him get started, she gave him a gift basket full of vegan cheeses, wine, crackers, and other drought-friendly treats. 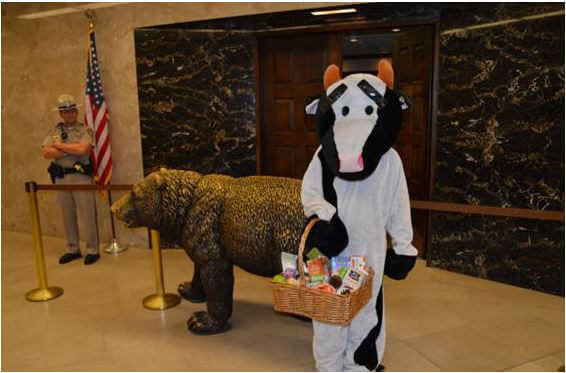 Ask Gov. Brown to stop letting the dairy industry dry up California and save some water for the rest of the state.