Those of you who have been following the story of Patrick—an emaciated pit bull who had been stuffed down a trash compactor at a New Jersey apartment complex—will be glad to know that police have located his owner and charged her with felony cruelty to animals. Sadly, Patrick is just one example of the horrific abuse and neglect that pit bulls are routinely subjected to.

PETA recently came to the aid of two pit bulls who had been subjected to appalling neglect. One 4-year-old dog had been chained outside for her entire life—her owner had never even bothered to give her a name. Because she had no social interaction (her owner simply threw handfuls of kibble on the ground), she was terrified of people and would cower in her ramshackle doghouse whenever anyone approached. Mercifully, her owners agreed to surrender her to PETA. 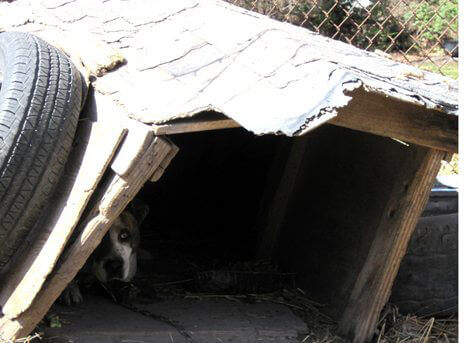 While out on one of their regular missions to deliver doghouses, food, and straw bedding to neglected dogs, PETA staffers were approached by a man who expressed concern about a neighborhood dog. The staffers discovered that a well-meaning family had recently taken in an emaciated, desperately ill pit bull, but the dog was not responding to treatment and refused to eat. Because the dog was so far gone, they agreed that the time had come to put him out of his misery. 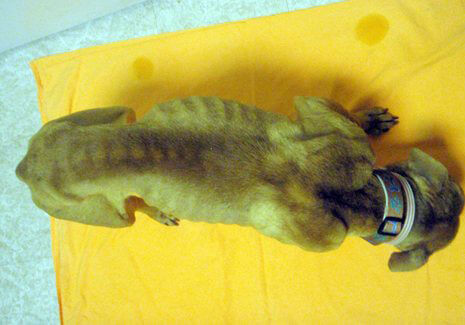 Neglect can be just as lethal to a dog as any other form of abuse. If you suspect that a dog is being neglected, take action.  You may be his or her only hope.