PETA has asked North Carolina’s Chatham County district attorney to file charges following a slew of new federal reports that show that the University of North Carolina–Chapel Hill, which has a decades-long history of abusing animals in its laboratories, continues to mistreat them. 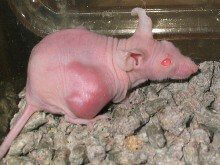 We detail the ongoing horror inside these laboratories in a letter to the U.S. Department of Agriculture (USDA), calling for an investigation by that agency. The UNC-Chapel Hill administration also heard from us in a letter demanding the university finally hold itself accountable.

Here are just some of the incidents from the reports we uncovered:

A Long and Sordid History at UNC-Chapel Hill

There’s a trail of death and suffering in UNC-Chapel Hill laboratories that stretches back decades. PETA conducted two undercover investigations into the university’s laboratories, one beginning in 2002 and the other in 2003. Our investigators found chronic understaffing, incompetence, indifference, neglect, and outright cruelty. Enough is enough!

UNC-Chapel Hill raked in nearly half a billion in taxpayer money from the National Institutes of Health in 2021. About half of that goes to animal testing. Yet experimenters at the school cannot or will not comply with even the most basic animal welfare guidelines.

It’s time to turn off the tap and redirect money into human-relevant, animal-free testing methods.

Please TAKE ACTION and join thousands of PETA supporters who have already called on Congress to stop throwing away taxpayer money on cruel, useless animal experiments and instead focus on modern, non-animal research methods.