Darnell Dockett has been busy hitting the media circuit and Twitter to brag about buying an endangered tiger as a “pet.” In one interview, he even presumably didn’t want PETA to get involved. A reporter asked him, “Do you have a tiger, really?” And Darnell responded, “Yeah, yeah. But I cannot tell y’all everything about that as far as legal reasons. That company with the four-letter word? We’re going to keep them out of this. But yes, for everybody, I do have a tiger.” 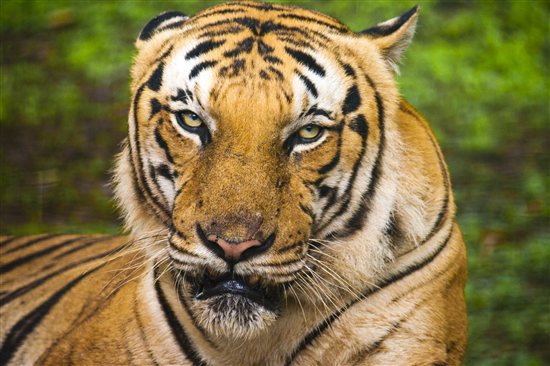 This four-letter-word organization called another one, the feds, and asked it to investigate Dockett. Tigers are protected by the federal Endangered Species Act. There’s no indication that the government issued a permit allowing Dockett to purchase the tiger, and there’s no way that a permit would have been granted to allow him to buy the tiger as a “pet.”

And there are other legal problems with Dockett’s alleged tiger transaction. The Captive Wildlife Safety Act prohibits transporting tigers and other big cats across state lines, with few exceptions. So in our appeal to the U.S. Fish & Wildlife Service, PETA also asked it to investigate suspicions that Dockett bought the tiger in Florida and plans to transport the animal to Arizona—if he hasn’t already.

We’re also asking Arizona’s Game and Fish Department to get involved because state law requires a permit for possession of a tiger, and if Dockett took the tiger to training camp, he also violated a law that prohibits handling a wild animal in a manner that is dangerous to the public.

PETA not get involved? Hardly.

Urge your representatives to cosponsor the Big Cats and Public Safety Protection Act, which would ban private individuals from owning and breeding large cats.