In downtown San Antonio, we covered our gorgeous model in collard greens to create a totally green, floor-length gown. We handed out “Meat’s Not Green” leaflets and copies of “Glass Walls,” a riveting video exposé of the meat industry narrated by Paul McCartney, and onlookers were captivated. 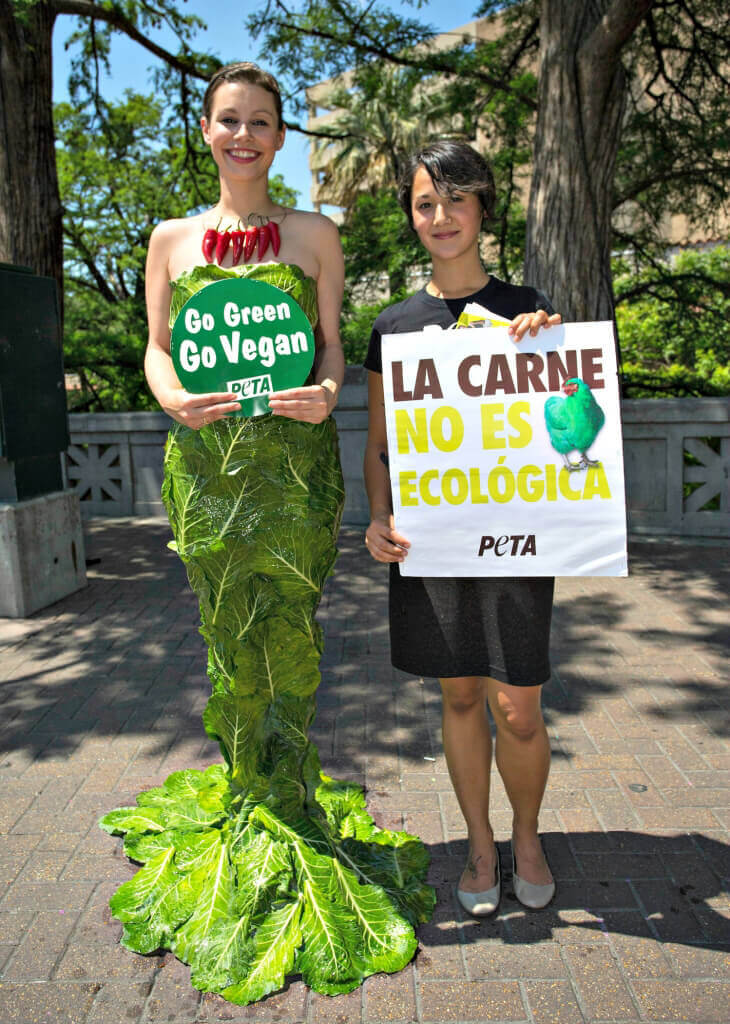 In California, which is feeling the effects of one of the worst droughts in history, two PETA beauties celebrated Earth Day by showering on the Santa Monica’s Third Street Promenade, pointing out that producing a single pound of meat sucks up as much water as six months’ worth of showers. 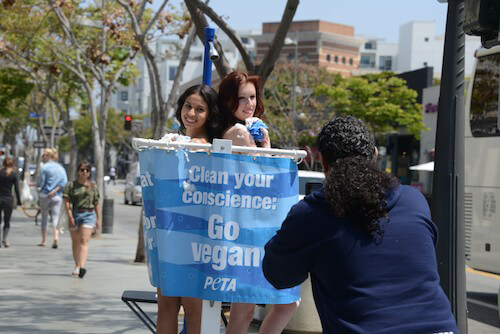 It’s not only water resources and animals who suffer from the human meat habit. According to the United Nations, raising animals for food is “a top contributor to the most serious environmental problems, at every scale from local to global.” Factory farms are a major producer of the greenhouse-gas emissions that cause climate change. If people stopped eating meat, even just for a day—say, Earth Day—it would make a world of difference.

Want to do something good for the Earth, not just on Earth Day but three times every day? Try vegan!