His body and wing completely pierced by an arrow, this bush stone-curlew, a bird native to Australia, was shot and left for dead by a twisted individual (or individuals) near Airlie Beach in Queensland, on the country’s northeastern coast.

Don’t worry–as gruesome as his injuries look, the arrow was successfully removed and this bird is now recovering, thanks to the help of a local rescue group.

What’s more, PETA Australia is offering a reward of up to $5,000 for information leading to the arrest and conviction of whoever is responsible for this sickening act of cruelty.

This isn’t an isolated incident.

Because animals cannot report abuse and can’t always do enough to fight back, they’re often used as “practice” victims by people who commit acts of violence. Research in psychology and criminology shows that people who commit acts of cruelty to animals often go on to commit violent acts against their fellow humans. As long as perpetrators of these types of crimes remain at large, other animals—including humans—might also be in danger. 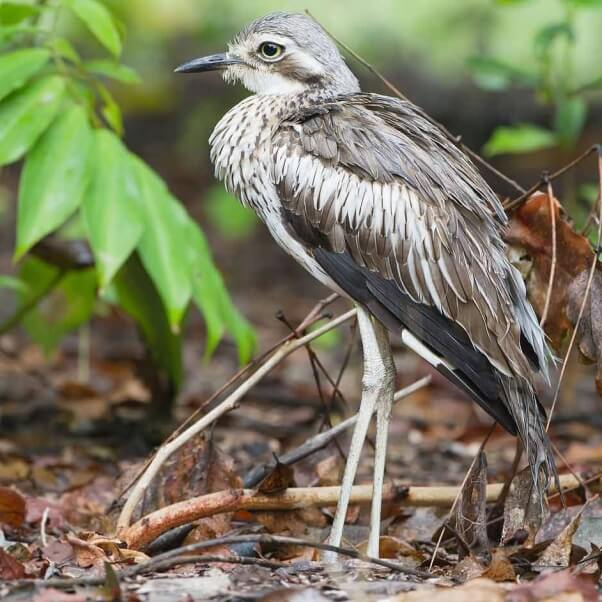 Remember: It’s not just birds, and it doesn’t only happen in other countries.

Acts of senseless cruelty, like what happened to this curlew, take place right here in the U.S. to the very dogs and cats we share our homes with:

Always report cruelty when you see it—never be silent!

Your tip may be the final piece that law enforcement needs to catch someone who has hurt an animal in your neighborhood. If you’re not sure what to do for an animal in need, we’re here to help. You can be a voice for all animals simply by being prepared. And please share this post to empower others. Together, we can make the world safer for animals.