Lawyers for PETA have asked the U.S. Court of Appeals for the Ninth Circuit in San Francisco to hold that Naruto—the Indonesian free-living crested macaque who gained international recognition for his famous monkey selfie photographs—can assert his right as the author and copyright owner of the photos under the U.S. Copyright Act. In this case, Naruto—who has been accustomed to cameras throughout his life—saw himself in the reflection of the lens, drew the connection between pressing the shutter release and the change in his reflection, and made different facial expressions while pressing the shutter release. 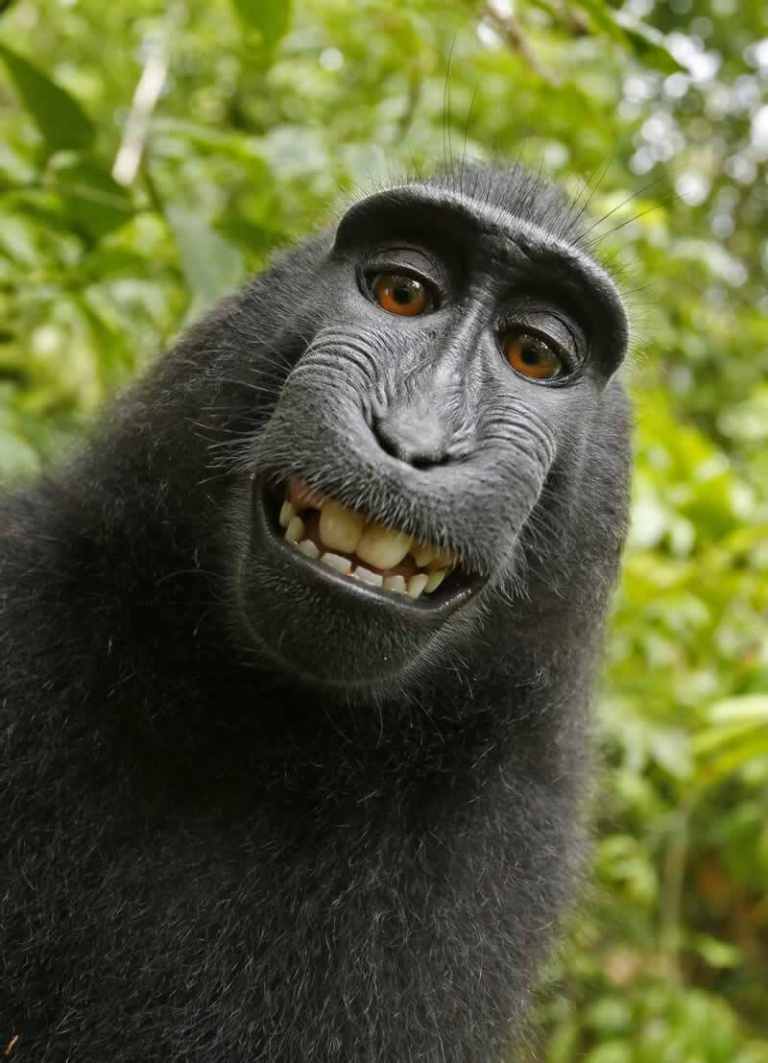 If successful, this will be the first time that an animal is declared the owner of property, instead of being declared a piece of property himself.

“When science and technology advance, the law adapts. There is nothing in the Copyright Act limiting ownership based on species, and PETA is asking for an interpretation of the act that acknowledges today’s scientific consensus that macaque monkeys can create an original work.”

Crested macaques like Naruto are highly intelligent and that their numbers have decreased by approximately 90 percent over the last 25 years because of human encroachment, being killed by humans for eating crops, and being trapped and slaughtered for meat. Proceeds from a successful claim would solely benefit Naruto and his community.