In the wake of reports that the U.S. opposed a pro-breastfeeding resolution allegedly because of its own business interests in cow’s milk–based formula companies, PETA Honorary Director Pamela Anderson has sent the World Health Organization (WHO) a letter on PETA’s behalf blasting the cruel dairy industry and thanking the agency for supporting breastfeeding. 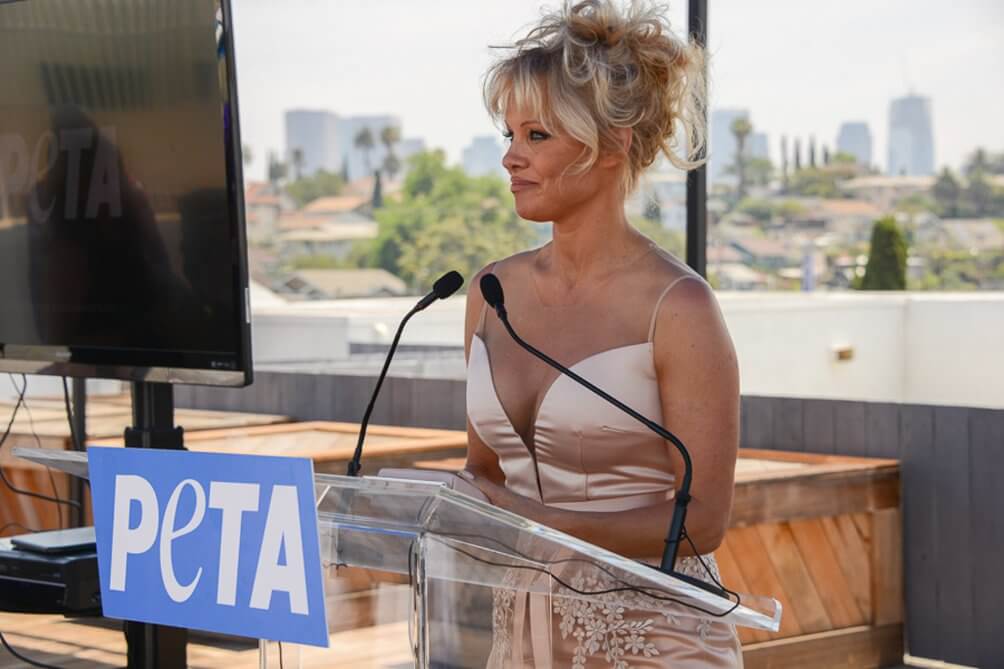 The resolution uses research to explain why a mother’s milk is healthiest for children and urges countries to “to limit the inaccurate or misleading marketing of breast milk substitutes,” The New York Times reported. Although the resolution was reportedly expected to be easily accepted, the U.S. “embrac[ed] the interests of infant formula manufacturers,” which many people, like Anderson, found appalling. Citing her own experience breastfeeding her sons, the PETA ambassador writes:

Breast is best…. There is nothing natural about giving human babies milk that is meant for baby cows…. [C]ows on dairy farms are forcibly impregnated over and over again, and their calves are torn away from them when they are only a day old…. Heartbroken mother cows cry out in mourning for days over their missing calves.

The WHO’s pro-breastfeeding resolution seeks to decrease the use of cruel cow’s milk formulas and would benefit humans and cows alike.

“[C]ow’s milk is the number one cause of allergies in babies and children, and it has been linked to cancer, heart disease, diabetes, and osteoporosis,” Anderson points out.

Medical experts have even criticized a recent attempt to derail breastfeeding in developing countries, where poor women are targeted by global corporations to buy formula, which is then diluted with contaminated water, causing babies to sicken and even die of diarrheal diseases. Thankfully, efforts to open human milk banks in developing countries are gaining speed. BYL Nair Hospital in Mumbai, India, opened a human milk bank earlier this year—the city’s seventh hospital to do so.

In her book One Can Make a Difference, PETA President Ingrid Newkirk wrote in support of Dr. Armida Fernandez and her efforts to ensure that human mothers can provide their infants with proper nutrition. In her essay in that book, Fernandez wrote, “We made a bold decision but a vital one. We decided to give all the babies in our care human milk exclusively and to stop the use of all other forms of milk,” referring to her time working at Sion Hospital in Mumbai. This was done through volunteer wet nurses. Years later, after discovering a human milk bank in the U.K., Fernandez established India’s first one at Sion. “Today, because of our milk bank, many more human milk banks have started,” she notes.

Nursing your newborn should be a natural, beautiful practice. But the dairy industry is full of unnatural, ugly realities. For example, to keep the milk flowing, cows are artificially inseminated every year, often using so-called “rape racks.” Nine months later, the calves are taken from their mothers, usually within hours of birth. Cows used by the dairy industry spend their lives as milk machines, forced to produce 4.5 times what they normally would for their babies.

But their lives don’t last long. When not used and abused for their milk, cows can live to be 20 years old. Those used for milk are usually slaughtered for low-grade meat when they’re around 4 years old. When you buy dairy “products”—including cow’s milk–based formula—you’re supporting this cruel cycle. Cows used by the dairy industry don’t get to choose whether or not they nurse their young, but many new human moms do. Please, don’t buy dairy “products.” Click the buttons below to learn more.

Why Breast Is Best
Say No to Dairy ‘Products’