When a Chesapeake, Virginia, woman heard strange sounds emanating from a storm drain, everyone she reported it to thought she was imagining it (or perhaps It?). Despite repeated rebuffs and perhaps beginning to question her own sanity, she didn’t give up, finally calling PETA.

When our fieldworkers arrived on the scene, they confirmed that the sounds were not a figment of Stephen King’s or anyone else’s imagination: As improbable as it seemed, they heard the unmistakable mewing of a kitten echoing from the sewer grate.

Having been trapped all alone in the dank, dark depths for who knows how long, the kitten was frantic, screaming at the top of his tiny lungs. 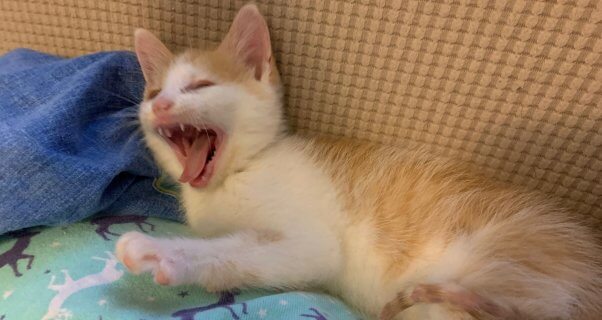 Even though the fieldworkers could hear his cries clearly, locating the source was another matter altogether. First, they tried coaxing him to safety, but he was too shell-shocked to budge. 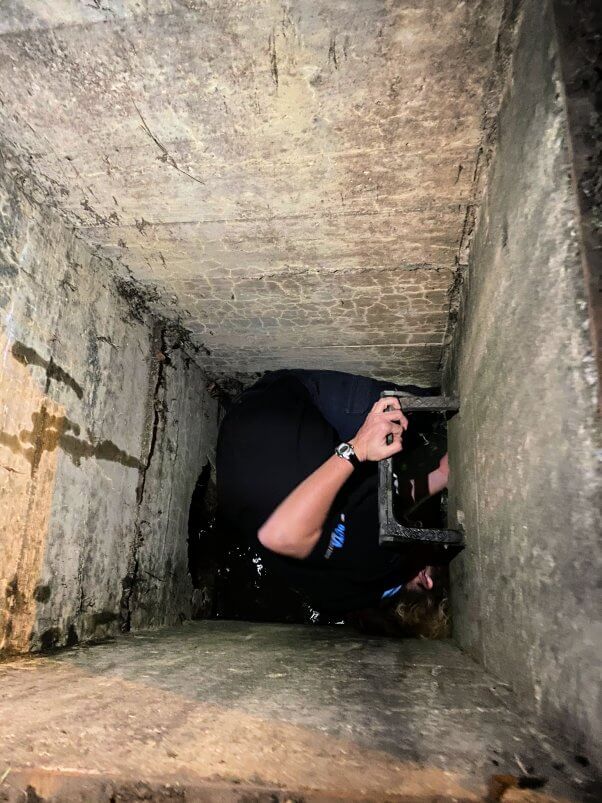 The fieldworkers spent hours army-crawling through murky pipes, but still the “Teenage Mutant Ninja Kitten” managed to elude them. Tired and running out of daylight, they set a cage trap in the tunnel and sat back to wait. 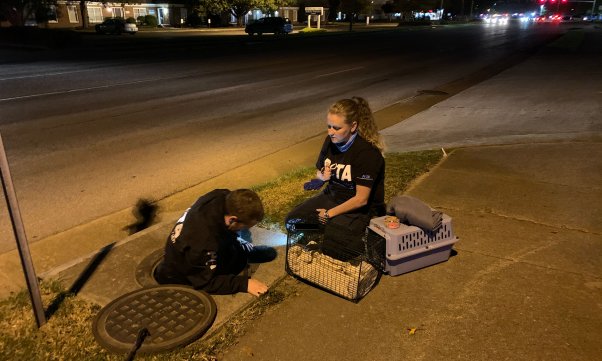 Cowabunga! The kitten was so ravenous that he couldn’t resist the tempting aroma of cat food and mustered up the courage to emerge from his hiding place. 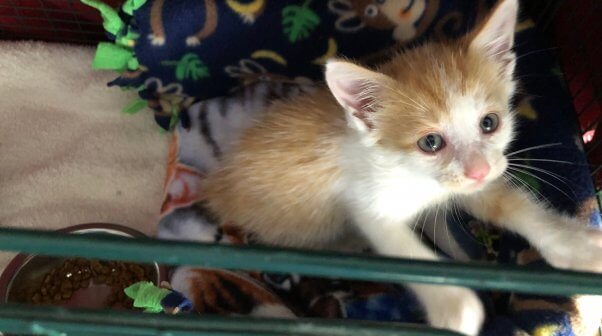 Back at the Sam Simon Center—PETA’s Norfolk, Virginia, headquarters—the 8-week-old warrior got a hot bath to wash off the muck and wolfed down a square meal before passing out from sheer exhaustion. 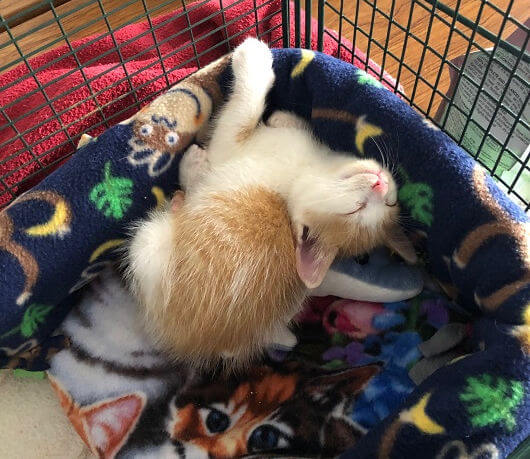 Dubbed Michelangelo (aka “Mikey”) after another famous sewer denizen, our subterranean tabby is quickly regaining his strength in a PETA foster home. 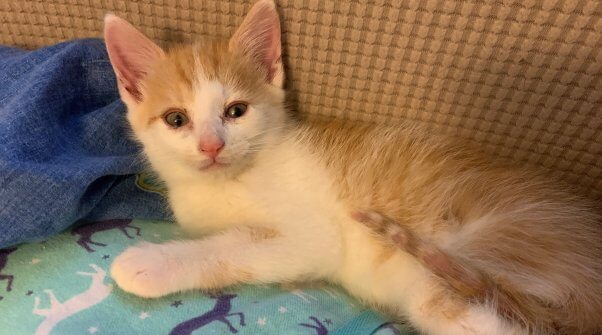 We’re not sure if Mikey shares his namesake’s love of pineapple pizza, but we do know that he’s eager to start fighting crime from the comfort of an above-ground home base. Watch Mikey’s story here:

Don’t make him break out the nunchucks: Become this kitten’s hero in a half shell by e-mailing us at [email protected]

Learn more about Mikey and other adoptable animals