Old houses make lots of noises. The doors squeak. The floors creak. The pipes bang and groan. Some people, especially at this time of year, might be inclined to attribute those sounds to spooky specters. But a woman in Portsmouth, Virginia, suspected that the sounds emanating from under her rental home had a more earthly explanation. 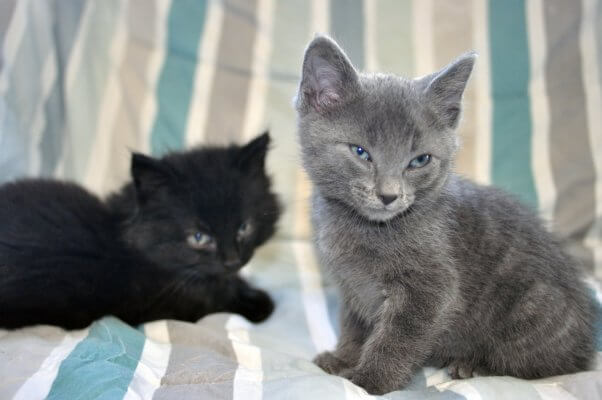 So when her landlord had some work done in the crawl space and planned to seal it up afterward, she flew into a panic. What if the all-too-mortal beings she believed had taken up residence there got trapped inside? 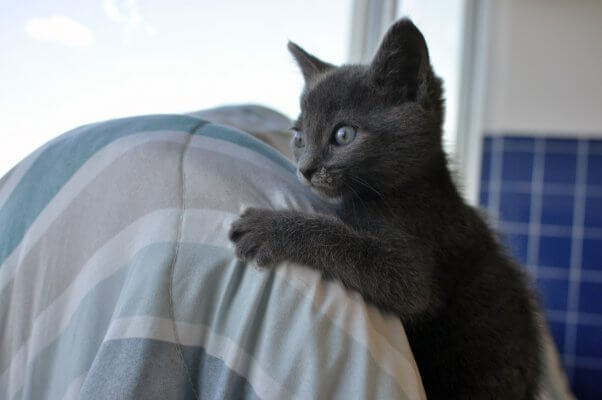 She called PETA, and we sent out a crackerjack team of highly trained ghostbusters (well, OK, fieldworkers) armed with proton packs (actually, just cat food) to see if they could determine whether the source of those ghostly sounds was paranormal or purranormal. 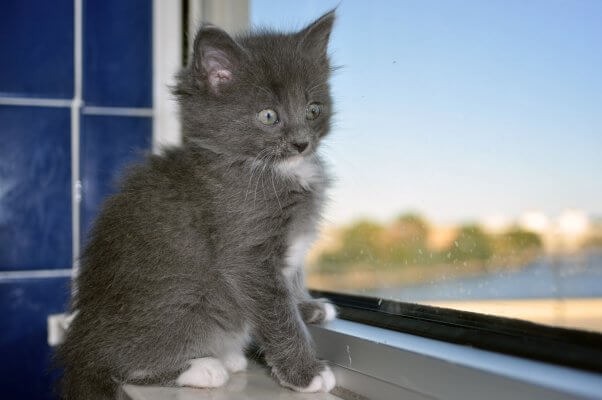 Once the fieldworkers got under the house, they realized that no proton packs were necessary: It’s a good thing they’d brought along several cat carriers as a backup plan. Three pairs of eyes were staring back at them, and the tiny kittens they were attached to seemed rather relieved at being “busted” and removed from their dark, musty lair.

Abby, Jillian, and Winston aren’t having any trouble scaring up a good time at the Sam Simon Center—PETA’s headquarters in Norfolk, Virginia—where their hijinks are putting everyone in high spirits. But what they really need is a new haunt with a loving family. If you’re interested in opening a portal to one, two, or all three of our furry little phantasms, who you gonna call? Well, you know …

E-mail PETA to learn more about Abby, Jillian, Winston, and other adoptable animals.