PETA’s Emergency Rescue Team had spent days plucking animals from floodwaters in Lumberton, North Carolina, which had been hit hard by Hurricane Florence, when it decided to make one last pass through town to ensure it hadn’t missed anybody—and it’s a good thing it did. As the team maneuvered its skiff past a flooded home, a rescue worker spotted a skinny tortoiseshell cat sitting forlornly on an enclosed porch that was swamped with muddy water.

After wading through the chest-deep water, the team members got close enough to realize that the cat had just given birth. Sure enough, there was her litter of newborn kittens, soaking wet and mewing piteously in a soggy corner of the porch. They were so tiny that all four of them fit in one fieldworker’s hands.

Rescue came in the nick of time for Florence, as the team dubbed its final evacuee. With no food or drinking water and no way of escaping her perilous perch, she couldn’t have held out much longer. Unfortunately, her kittens had already been through too much: Even though Florence had cared for her little family as best she could, her efforts were in vain—the kittens’ tiny bodies were too frail to survive such a traumatic ordeal.

But Florence—still a kitten herself at just 9 months old—wasn’t going down without a fight. After being examined and treated by a veterinarian, she’s making a rapid recovery. 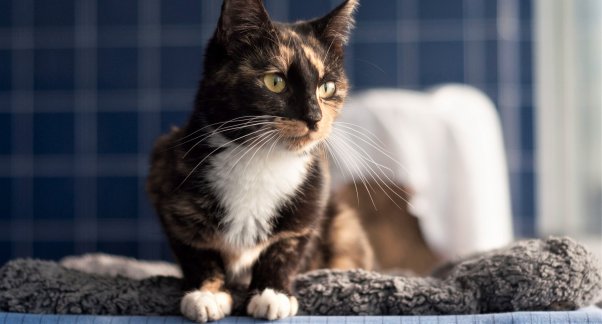 It’s painful to think about the desperation that Florence must have felt, knowing that she was trapped and helpless to save herself and her kittens. If not for the keen eyes of a PETA rescue worker, her fate almost certainly would have been like that of so many other outdoor cats who are forced to eke out an existence as best they can, facing both everyday dangers and those that come along once in a generation. She’s a living testament to the importance of always spaying and neutering animals, keeping cats indoors, and taking animals with you when you evacuate during a natural disaster. 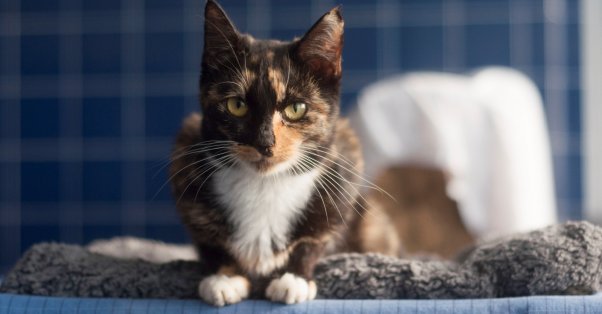 Florence is warm and dry now. All she needs is a loving home where she can observe outdoor tempests safely from the comfort of a couch and where the only water puddle she’ll have to contend with is in her drinking bowl.

While we hope to be flooded with inquiries about Florence at [email protected], just one special person is all it takes to give this little hurricane refugee a sunny future. Is that person you? 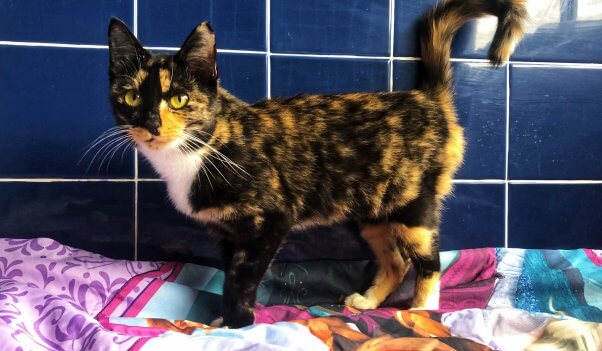 CONTACT PETA TO LEARN MORE ABOUT FLORENCE AND OTHER ADOPTABLE ANIMALS