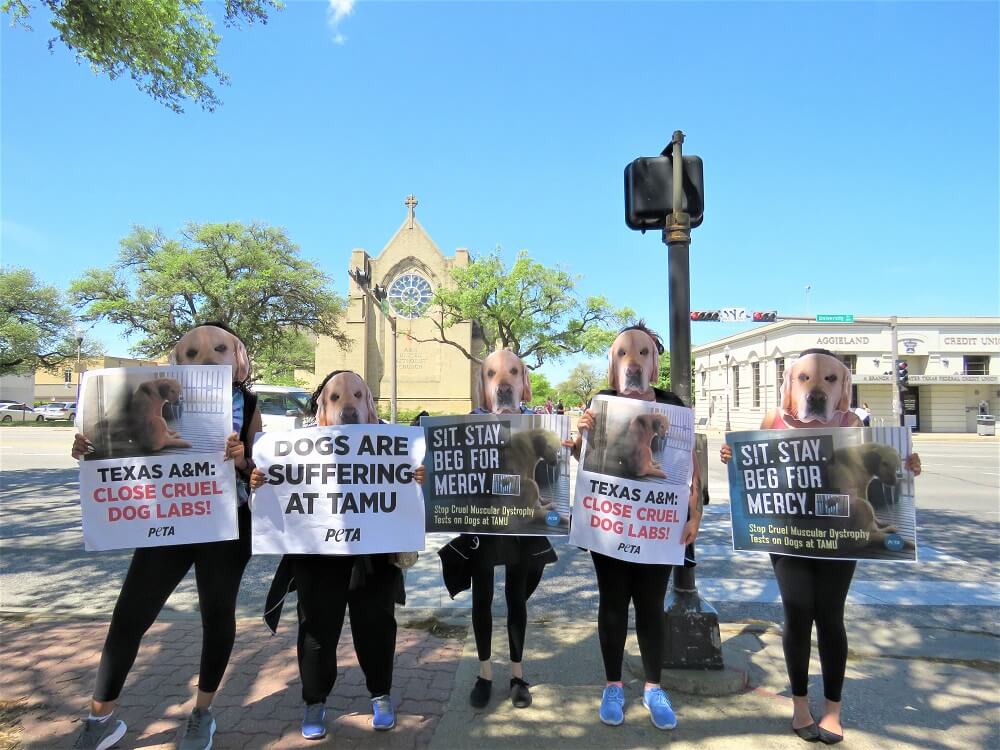 Eyewitness video footage obtained by PETA revealed dogs who were deliberately bred to develop a crippling and painful form of canine MD. As the disease ravaged their bodies, they struggled to walk, swallow, and even breathe. Their tongues became swollen, and their weakened jaw muscles made it difficult for them to swallow even their meals of thin, watery gruel.

Dogs imprisoned inside the school’s laboratories were subjected to methods that rival medieval torture. To gauge just how much their muscles have deteriorated, experimenters stretch them with a motorized lever in order to cause muscle tears. 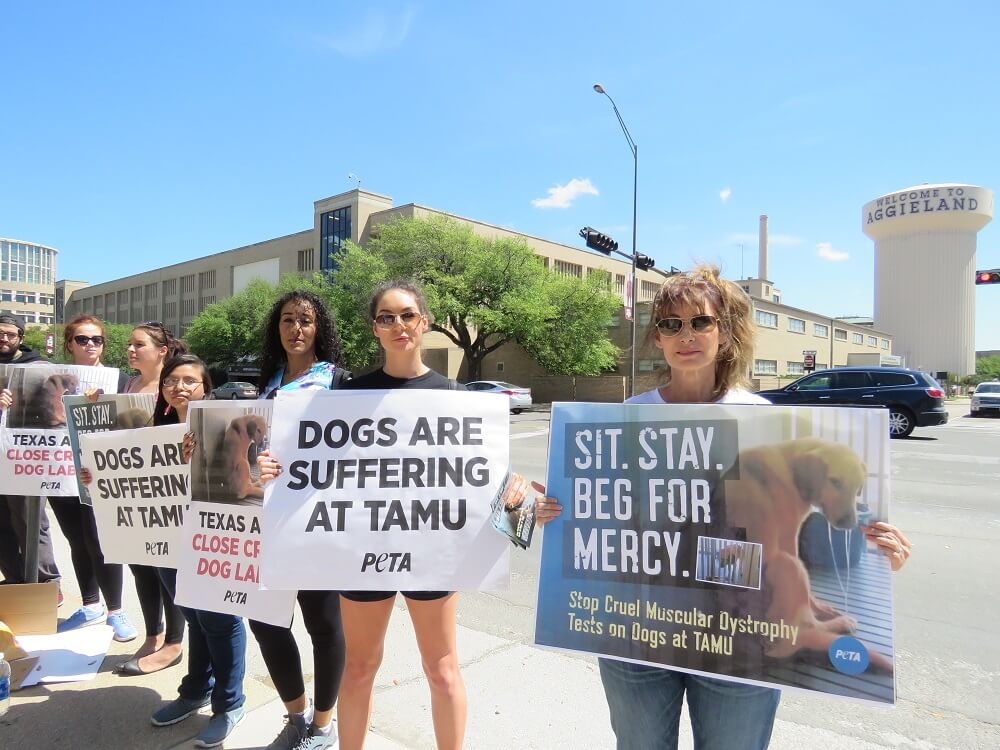 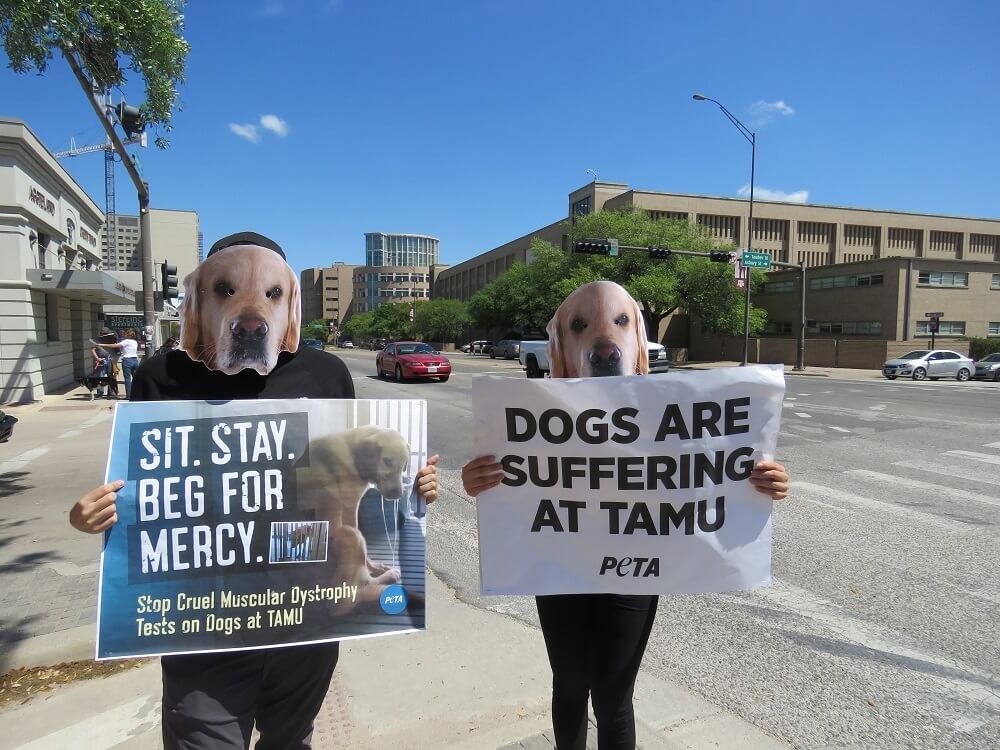 Those without symptoms but who carried the gene for the disease were used for breeding. The video shows dogs frantically pacing on the hard slatted floors and biting at the bars of their small cages in frustration.

For 35 years, experimenters led by Joe Kornegay have intentionally bred golden retrievers to waste away inside Texas A&M’s laboratories. In all this time, no cure or even one treatment that reverses the symptoms of MD in humans has resulted. 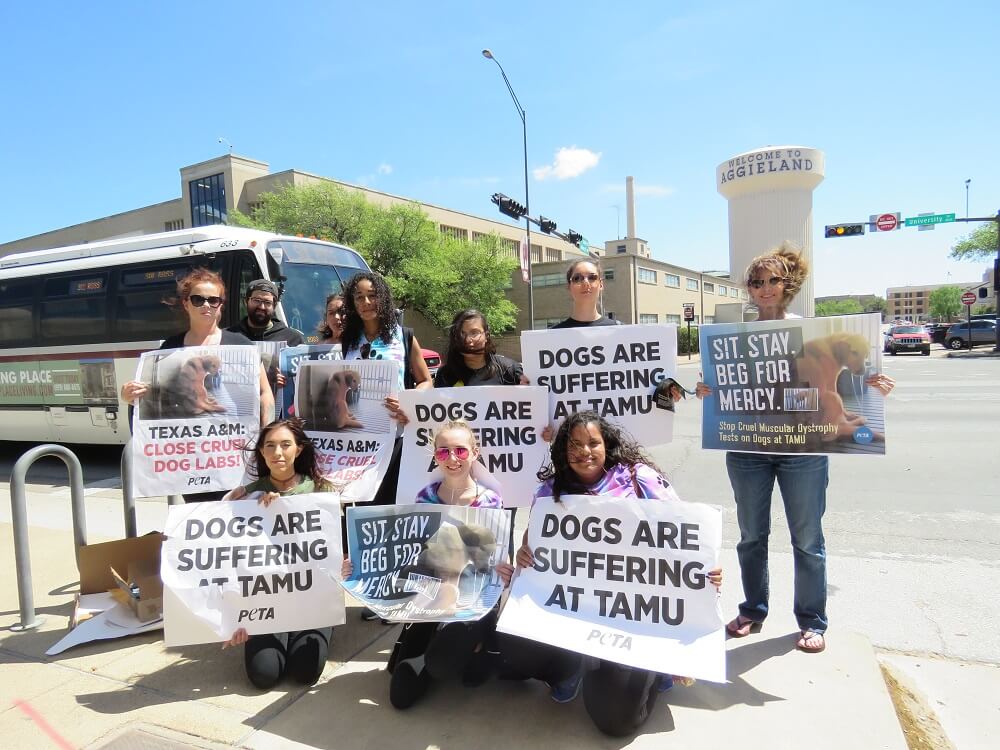 This “golden retriever” gathering was organized on the heels of a recent action of a PETA supporter who walked on stage to disrupt a SXSW panel featuring university president Michael Young.

PETA is calling on Texas A&M to release the dogs for adoption and to join the 21st century by committing to using cutting-edge, animal-free techniques. Please urge the school to close its dog laboratories, stop breeding dogs, and release them for adoption into good homes.