A homeowner in Virginia learned the hard way that glue traps don’t discriminate—they will snare any animal, anytime. The man had set out the trap at his home, and when he checked it 24 hours later, he found nine snakes caught in the sticky pan. Thankfully, the homeowner was decent enough to immediately take the trap to The Wildlife Center of Virginia, an organization that offers health care to native wildlife. Using mineral oil, Goo Gone, and a lot of care, the staff freed the snakes and released them back into the wild. Good job, everyone! 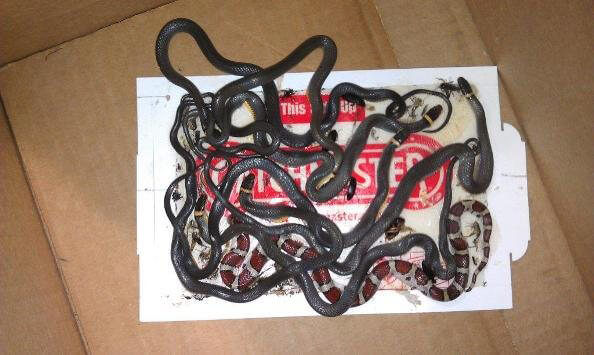 These snakes were lucky—they didn’t languish for days in the trap before finally succumbing to starvation and dehydration, as many animals caught in glue traps do. They didn’t tear themselves apart struggling to escape. Their mouths didn’t become lodged in the glue, causing them to asphyxiate. And they had compassionate people working to ensure that they were freed from the trap.

Most animals who are caught in glue traps aren’t as lucky, and these animals are very often not even the ones the glue trap was supposed to catch. Birds, squirrels, gerbils, hamsters, cats, dogs, and even small children can fall prey to glue traps.

PETA offers a Humane Smart Mousetrap that is effective and completely safe for children and nontarget animals. 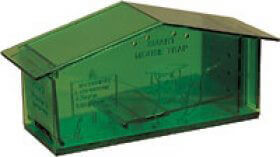 When the mouse enters the trap to obtain the food reward, the door shuts behind him or her. All the homeowner has to do is monitor the trap carefully and then carry it outside, lift the door, and walk away. The mouse runs away, and the homeowner never has to touch the little animal.

To order your Humane Smart Mousetrap, visit the PETA Catalog. And save countless lives by offering to loan it to anyone who is considering using a glue trap.