Gna Wyatt is a mother who’s working her way through nursing school. She’d never considered herself to be an “animal rights advocate,” but then dozens of cows needed her help.

She had taken a job at the Osborne Dairy Farm in North Carolina because, as she told a local newspaper, “I’m kind of an animal person and I’m kind of an outdoor person, so it suited my school schedule and my kids’ schedule and it was decent money.”

Gna’s stepfather had worked there while she was in high school, so she was familiar with the farm. But now, several years later, the farm’s appearance surprised her. A veritable soup of manure that reached above the cows’ knees filled the areas where the cows ate. Gna brought it to the attention of the farm’s owner, Tom Osborne. “Tom had made the comment that yes, it needed to be hauled off, but he didn’t have time to do it because of having to hold down his fulltime job as well as run the farm alone,” she said.

The cows’ tails were matted with waste, and the waste was also matting their hair—so badly that it was pulling clumps of it out. Gna also noticed that some of the cows seemed “ridiculously skinny to my standards.” One had a “horrible limp” because of an overgrown hoof and had difficulty keeping up with the herd. Another had constant nose bleeds. Gna kept bringing her concerns to Osborne but to no avail. 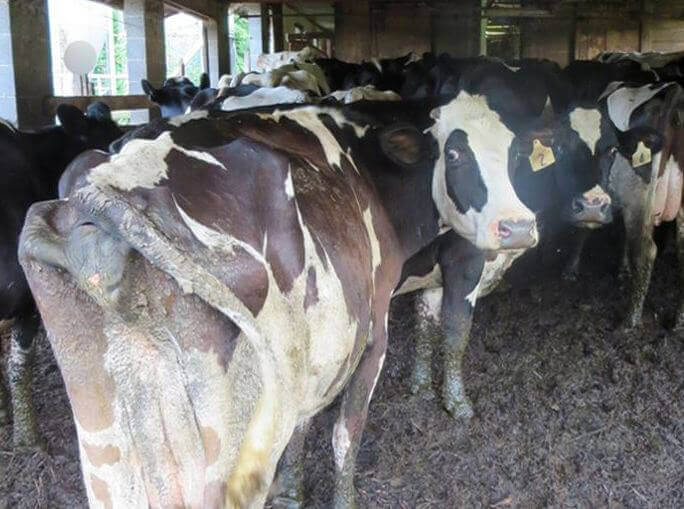 Gna and her brother, who also worked at the farm, knew they needed help. “I was like, there’s gotta be a way we can have someone tell Tom this has to be done. We’ve mentioned it a thousand times,” she said. Then they found PETA, and Gna’s brother gave us a call. “He was like, ‘Somebody’s actually listening to us,'” Gna said.

We visited the farm ourselves and shared the evidence with state and local law-enforcement officials. 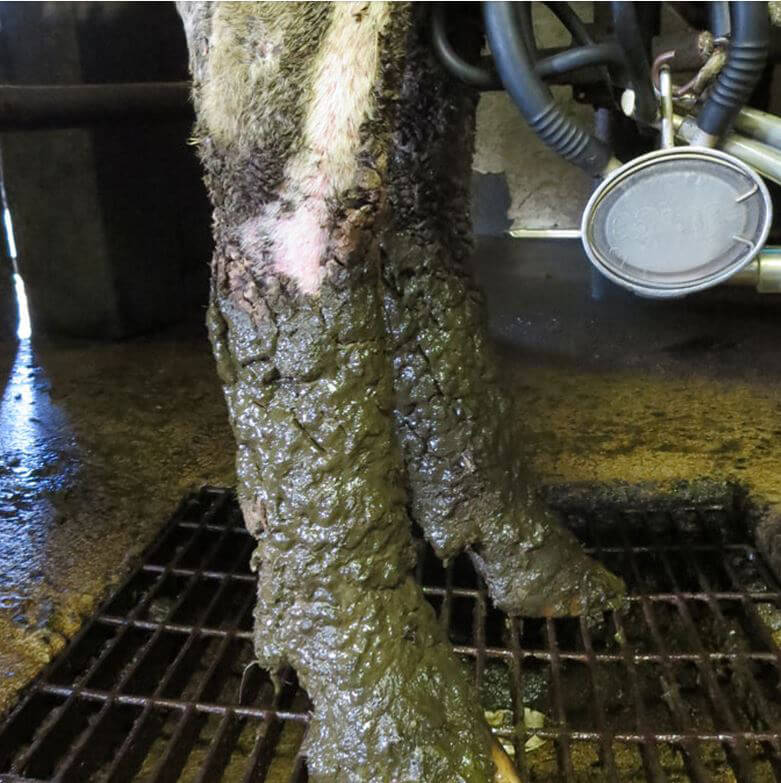 One day later, the North Carolina Department of Environment and Natural Resources cited the farm for six violations of state law. The agency corroborated PETA’s findings, concluding that “animal waste was observed [up] to 3 feet deep” in places where cows were forced to stand, eat, walk, and sleep.

In the end, all Gna wanted to do was help the cows, and that’s exactly what she did. Although she never thought of herself as an “animal rights advocate,” the cows whom she befriended are better off now because of her. And this mother has taught her children a valuable lesson: One person can make a difference.