Joan Rivers and PETA were famous foes when it came to fur, but that didn’t stop her from helping us on other animal issues. Listen to this one-minute recording that she made for PETA in the ’90s encouraging callers to consider pigs at Passover.

The following was originally posted on The Huffington Post:
Joan Rivers had a barbed tongue but she also had a soft spot for animals. She went everywhere with her dog, Spike, whom she credited with saving her from committing suicide after her husband’s death.

Despite her penchant for wearing fur, Joan always appreciated PETA’s efforts. She invited me to come onto her talk show for a lively debate on the topic in 1989. In the ’90s, Joan enthusiastically helped launch her daughter Melissa’s “Rather Go Naked Than Wear Fur” ad for PETA. Soon after, for Passover, Joan recorded PETA’s vegan hotline promoting soy ham, or as Joan called it, “pork even a Jew can eat.” 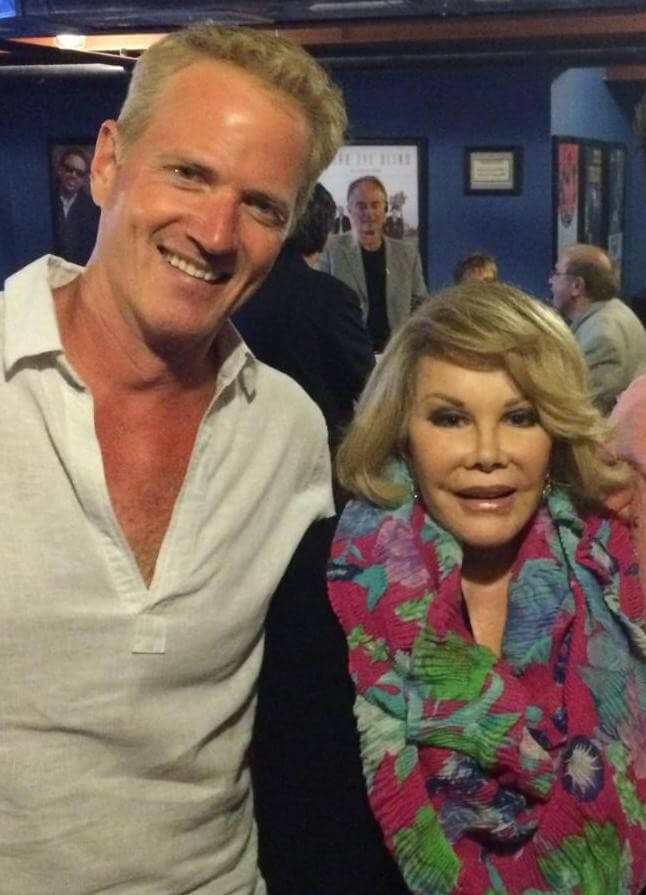 In 2010 Joan helped PETA lobby the New York City Council to pass a bill against chaining dogs and promoting spaying and neutering. “I hope this bill passes not just for the sake of the poor dogs tied up outside in the cold, but for the sake of the sons of b*****s who do this — because what I’d do to the creeps would be far worse than what any police officer would do!” she wrote. Both bills passed.

Joan even had compassion for ants. Reading Edward O. Wilson’s novel Anthill gave her a new respect for these industrious little insects. “Those poor ants work 24/7,” Joan told People magazine. “Now, I don’t throw my sandwiches away: I put them on the streets. Let the ants have a little break…A woman said, ‘You’re littering,” and I said, ‘I’m feeding the ants!'”

Last month, only a few weeks before she went into the hospital, I met with Joan one last time. She told me she hadn’t bought any new furs since Melissa’s PETA campaign and intended to bequeath the ones she had to PETA to give to the homeless. We’ll all miss Joan terribly, but her legacy will live on in meaningful ways.