Here’s a little Coolio parody to kick off your weekend:

We were destined for the slaughterhouse and life looked grim

Now he believes that animals are friends, not food

And we’re hangin’ with our homies like all animals should

What has “contributed to more American deaths than all the wars of this century, all natural disasters, and all automobile accidents combined?” It’s not the IRS …

Know any pescatarians? Have we got the video for you.

A new study found that 2-day-old chicks had skills that it took human babies months to develop, such as, for example, the ability to retain recognition of partly hidden shapes. 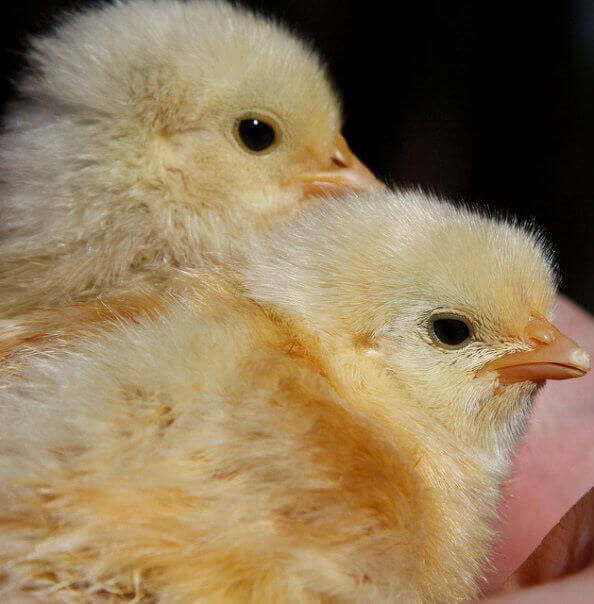 Sure, you know you saved a life when you rescued your animal, but did you know he or she might have already returned the favor?

A canine military veteran needs your help. The soldier he worked side-by-side with in Iraq wants to adopt the now decertified dog. Urge Air Force Secretary Donley to let it happen.

The Australian government is gunning down feral camels from helicopters because it claims there are too many of them. Ask the government to choose humane population control methods.

instead of terrifying and inaccurate aerial shooting that often only maims the animals, leaving them to suffer and die slowly.

A nursery in Pittsburgh is keeping three deer confined to a tiny, windowless shed year-round when it isn’t exhibiting them during the holidays. Tell Meder’s Nursery either to provide the animals with a suitable habitat or to retire them to a sanctuary.