Hunters like to claim that they don’t get perverse pleasure out of killing, but these “sexy” hunting photos strongly suggest otherwise. Lucy Jaine, a hunter from New Zealand, seemingly enjoys killing animals and then posing for provocative photo shoots with their dead bodies, often with their blood smeared on her. 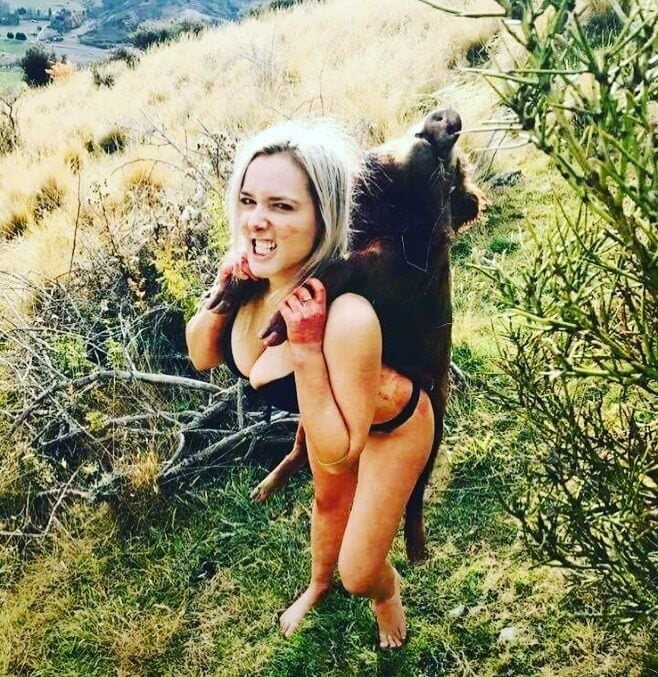 Jaine and her partner say that they go hunting five to eight times a month and take their three young children. They commonly kill pigs, deer, chamois, tahrs, goats, rabbits, and wallabies before she apparently strips down for bloody, nearly naked photo sessions. The couple appears to use dogs as if they were mere hunting tools and frequently shoots animals but will also stab them to death. “[I]f it’s a pig hunt, we bring the dogs and when we get to the spot we collar them up and follow them in,” she said. “We then stick the pig or shoot it, gut it then carry it out.” 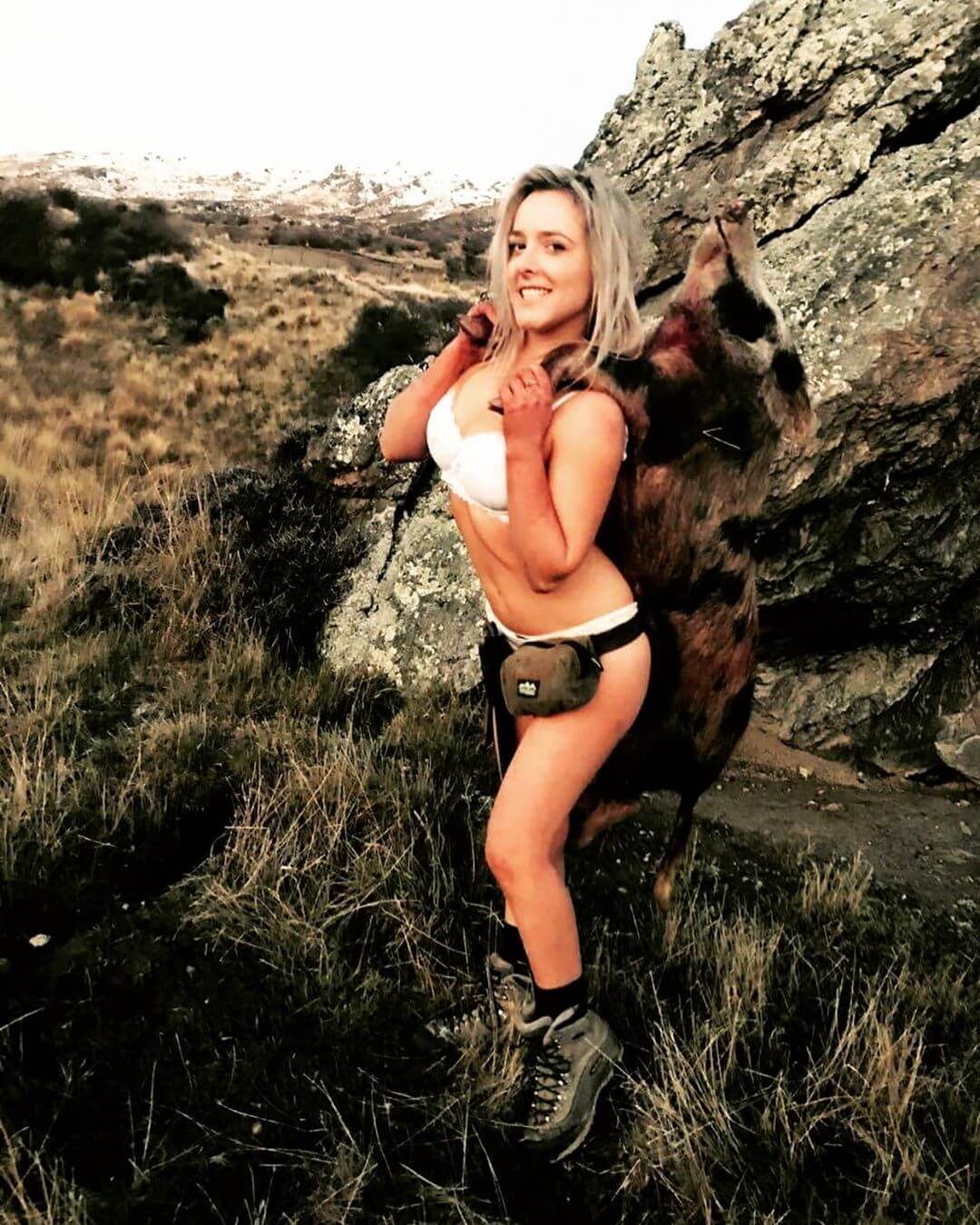 She claims to do this because she’s against abusive animal agriculture. But you don’t end abuse with more abuse. If someone truly opposes the way animals are tormented and killed for meat, the obvious solution is to choose humane vegan foods. Her excuse also has one other big gaping hole: If she’s only hunting to avoid animal agriculture—and not because she derives disturbing satisfaction from killing—why take photos with the corpses and post them online? 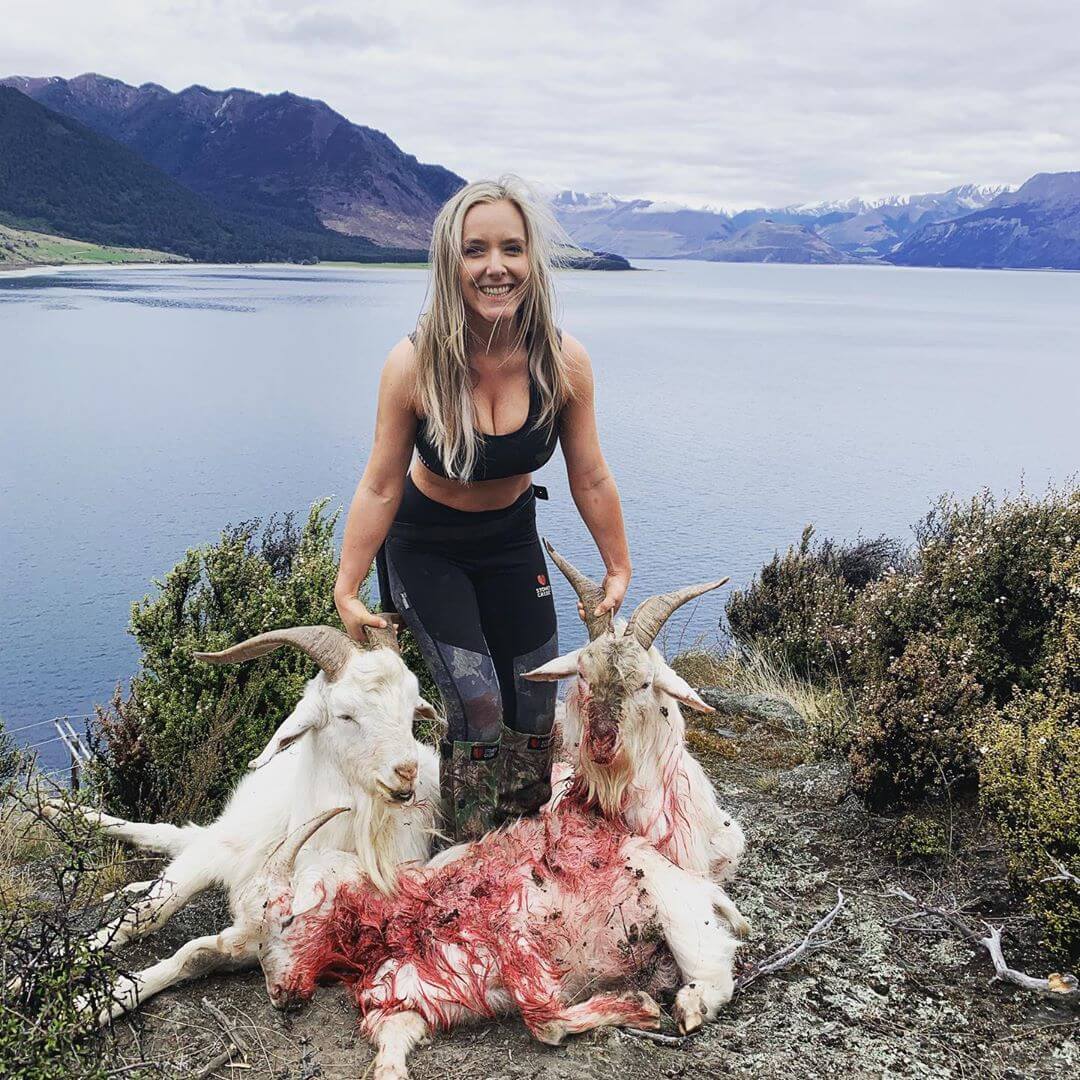 Animals Are Here WITH Us Not FOR Us

Jaine also spouts the tired old line about controlling the population. But animals are generally deemed to be overpopulated only because humans take over more and more of their natural habitat, leaving them precious little space in which to live. If an animal whose food sources are dwindling munches on some human-planted vegetables or flowers, you’ll undoubtedly hear hunters shouting about “overpopulation” amid the roar of gunfire. 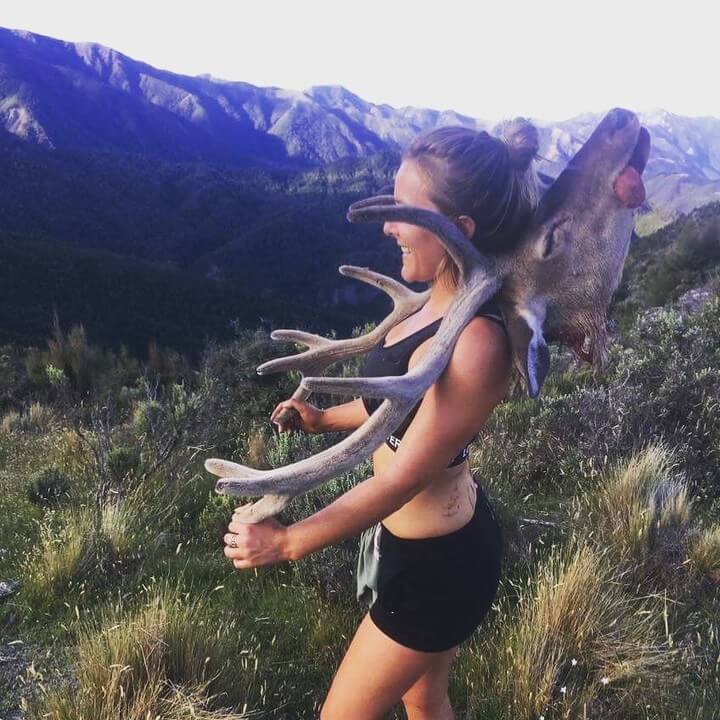 It certainly doesn’t appear that she hunts because of some absurd sophistry about not wanting animals to suffer. All the evidence suggests that she does so for the same reason all hunters do: She enjoys killing. And she clearly enjoys attention.