People who use animals for entertainment usually try to justify it by calling the display “educational”—and that’s exactly what the organizers of a disturbing exhibit at The Great New York State Fair are doing.

The fair includes a “Dairy Cow Birthing Center,” where pregnant cows are taken into a loud, unfamiliar carnival tent and surrounded by crowds of staring strangers while they give birth. All mothers need comfort and security during the very personal experience of childbirth, and to reduce it to a public spectacle is a blatant display of disrespect. So PETA has sent an urgent plea to the acting director of the fair, Troy Waffner, and asked him to shut down the birthing center.

In our letter, we told Waffner that if he really wants to educate visitors about dairy farming, he should display the hot-iron dehorners that many farmers use to burn the sensitive horn tissue out of calves’ heads (without giving them any painkillers). He could also play the video footage from PETA’s investigation of a New York dairy farm where workers electro-shocked animals in the face and left cows with prolapsed vaginas to suffer for months without veterinary treatment. 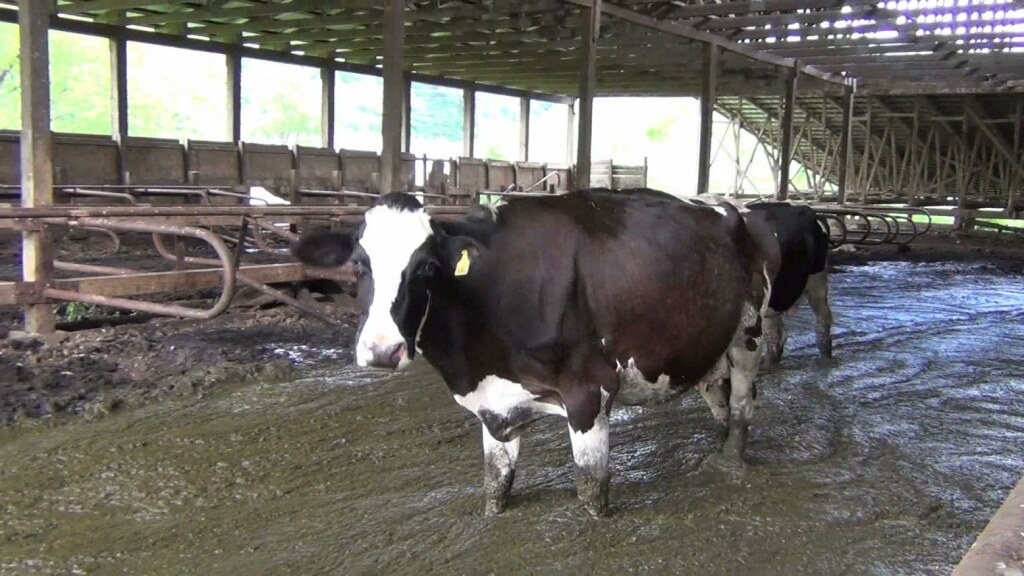 The exhibit could explain that cows produce milk for the same reason that human mothers do—to feed their babies. Dairy farmers keep cows almost constantly pregnant and tear their babies away from them within days—or even hours—of birth so that the milk that’s meant for their offspring can be sold instead. The fair could also display what farmers themselves refer to as a “rape rack,” on which cows are artificially inseminated over and over again, or it could tell people that because the dairy industry has no use for male calves, they’re often sold for veal.

Forcing a mother cow to go through labor surrounded by noisy, pointing strangers won’t teach the public anything about what occurs on dairy farms. If “education” is truly the goal of the exhibit, organizers should be happy to accept PETA’s suggestions.