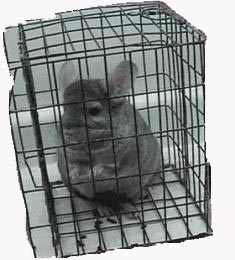 There are two things I really like about the story that hit the wires this week reporting New York’s recent ban on anal and genital electrocution of animals for fur. The first thing’s kind of obvious: Animals on fur farms in New York won’t be electrocuted any more (they’ll still suffer, but their deaths will now, hopefully, be just a bit less painful). In case you haven’t kept up to date on electrocution techniques, this isn’t like sticking your finger into a wall socket: The fur farmers attach one electrode to the fox’s or raccoon’s ear or muzzle and stick the other one in the animal’s anus or vagina. The result is a dagger-like heart attack without loss of consciousness. On one fur farm we investigated, the farmer plugged the chinchillas into the wall socket and timed it by listening to a song on the radio—then skinned them without checking to see if they were dead.

But the thing that should be really remarkable for most people reading this story is not the fact that New York has banned electrocution—but the implication that this is still legal everywhere else. That’s right. New York is now the only state where anally and genitally electrocuting fur-bearing animals (fur farmers do it this way so they won’t damage the pelts) could get you into trouble.