Tournament of Roses officials will probably think twice before allowing SeaWorld to take part in the Rose Parade again—that’s because 100 PETA supporters descended on the parade to educate attendees about the abusement park’s cruelty to orcas, and 19 were arrested for peacefully sitting down in front of the SeaWorld float. 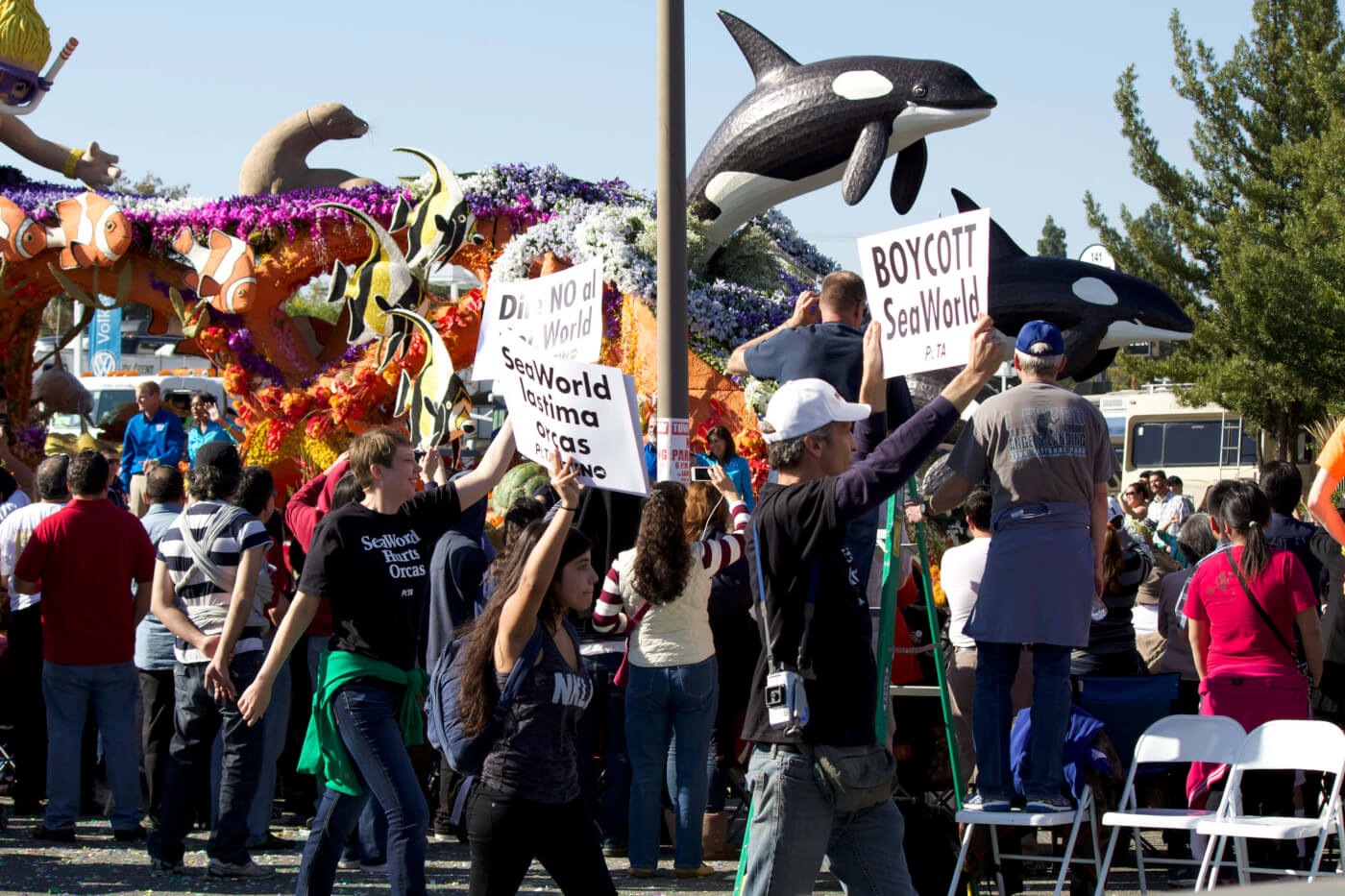 Protesters pointed out that SeaWorld’s float, which depicts orcas leaping happy and free in the sea, is a mockery of these highly intelligent animals’ lives—or lack thereof—at the marine park, where they are kept in glorified bathtubs and forced to perform circus-style tricks in exchange for dead fish. 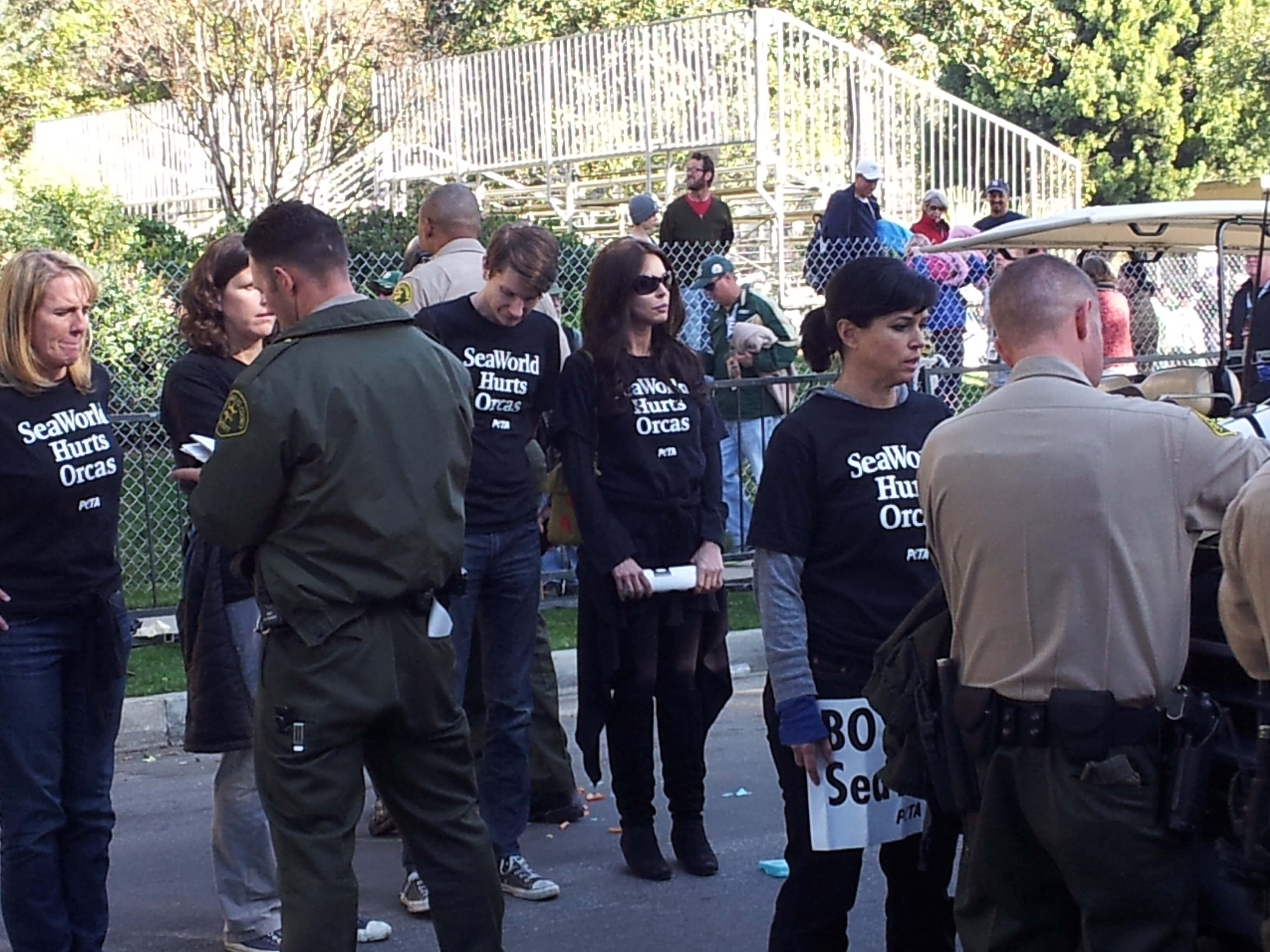 Ironically, the faux orcas on SeaWorld’s float traveled farther on the Rose Parade route than the real orcas housed at SeaWorld did today. 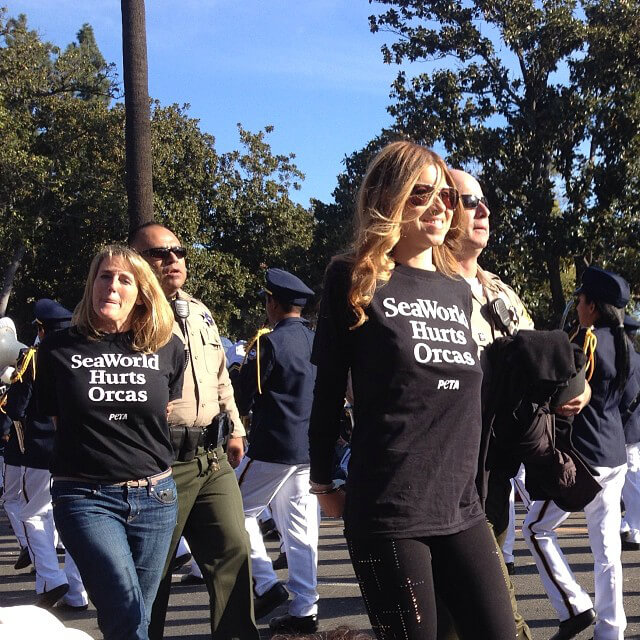 Activists are escorted by the police after being arrested.

The protest and subsequent arrests drew tons of attention,  and fascinated parade-goers quickly snapped up PETA’s leaflets exposing SeaWorld’s shameful history of abusing animals and its refusal to protect its trainers adequately.

Never, ever go to any SeaWorld park, and urge your friends and family members to stay away, too. Help make your case by hosting a Blackfish viewing party (this riveting documentary about SeaWorld is currently available on Netflix). 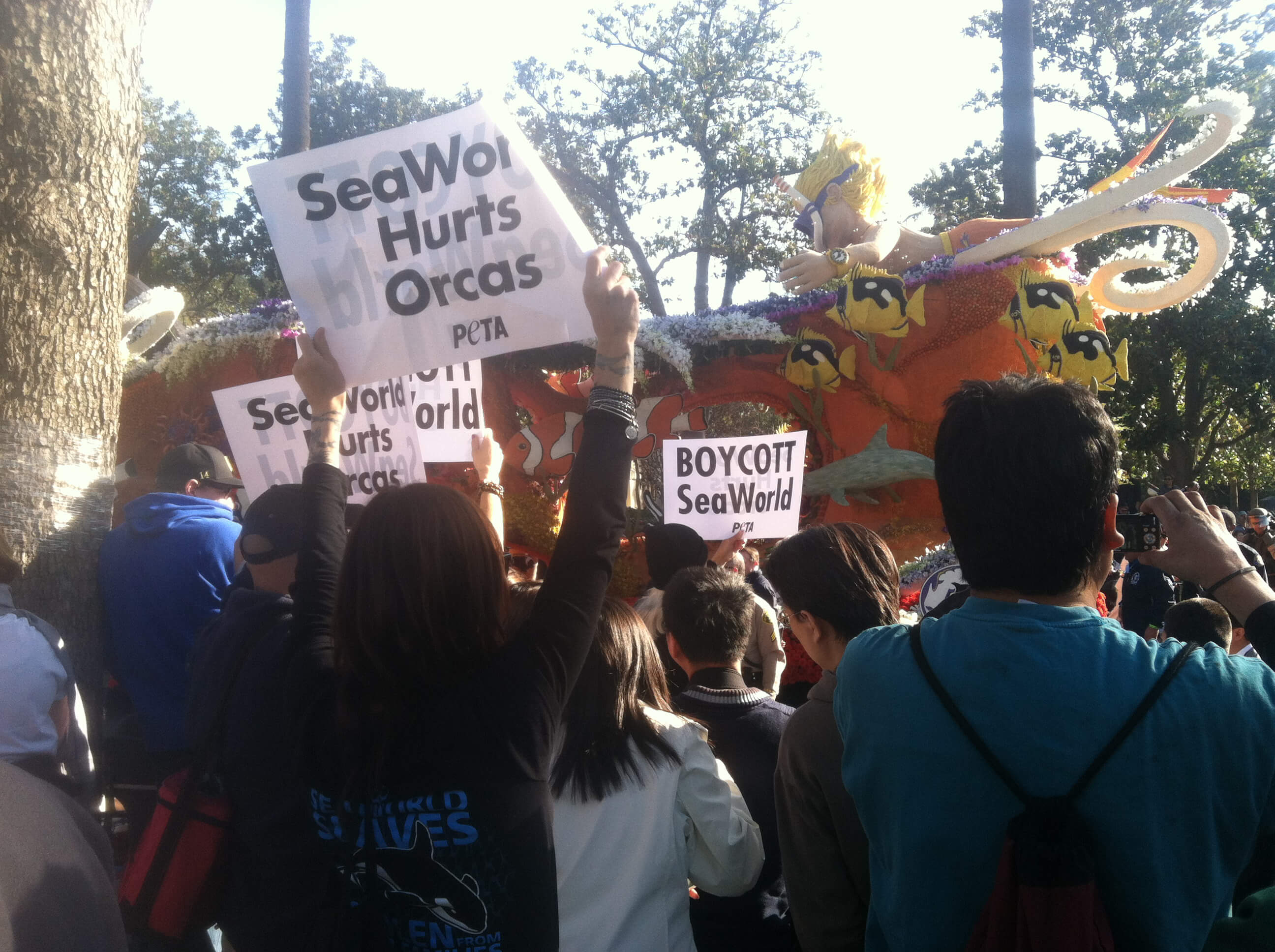