Can you imagine being so ill that you can’t eat—and then your parents refuse to take you to the doctor for three weeks? That’s what a vulnerable lizard at a PetSmart store in Colorado was forced to endure, and that’s not even close to all. 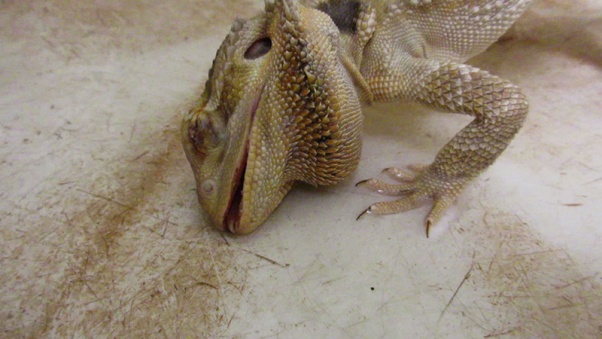 One PETA eyewitness exposé revealed that bearded dragons were given only shriveled-up leafy green vegetables as a source of “water” at a massive PetSmart supplier in Ohio.

We just obtained damning records from the Colorado Department of Agriculture from between January 2019 and March 2020 revealing that 16 PetSmart stores—including 11 in the Denver area—were cited for more than 70 violations of the state’s Pet Animal Care Facilities Act (PACFA), which requires only the bare minimum standards of animal care.

According to inspectors, a store in Westminster was cited after a lethargic bearded dragon who wasn’t eating was held for more than three weeks without receiving veterinary care. Meanwhile, a Northglenn location was busted after staffers refused to rush an extremely sick green anole (lizard) to the vet because the animal had been returned to the store, evidently by a customer, near closing time. 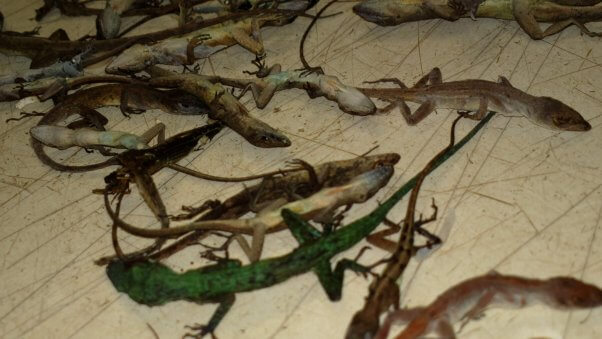 While at a reptile mill that breeds and sells animals to PetSmart, a PETA eyewitness documented the deaths of more than 675 animals, including these lizards.

Eight PetSmart stores—including the Westminster location as well as ones in Aurora, Littleton, Longmont, and Superior—were cited for denying fish water of the proper temperature and pH level or for denying reptiles adequate UVB light, sufficient heat, or water to swim in. 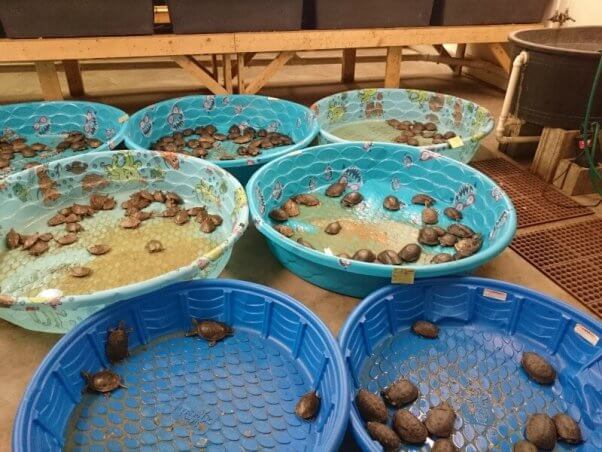 At one PetSmart supplier, many species (including these turtles kept in kiddie pools situated on a concrete floor) were denied adequate lighting, a heat source, and other necessities. 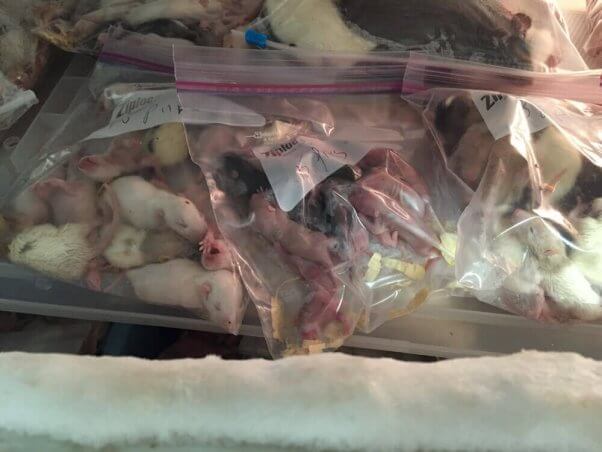 At Holmes Farm (a massive animal dealer in Pennsylvania that supplied small animals to PetSmart), workers froze rodents alive. The mice in this photo continued to struggle in zipped-shut bags minutes after being put in a chest freezer—this occurred before PetSmart severed its ties with the supplier.

One citation was for keeping cats inside cramped cages and rooms “heavy” with a “stagnated urine smell.” Multiple stores were cited for not having written agreements with veterinarians and proper records, including for animals who had sustained injuries, were ill, or had escaped during boarding and grooming.

Also in Colorado, PetSmart stores reportedly advertised their deadly grooming services as recently as April 13, despite PACFA Program guidance stating that such services aren’t critical and should temporarily cease because of the COVID-19 pandemic.

Every PETA investigation has caught big-box pet stores’ suppliers denying necessities to vulnerable animals, including hamsters, turtles, birds, and others.

So what’s a well-intentioned guardian to do? Our advice to caring consumers is to stick with stores that don’t sell live animals. Stay home and shop online with retailers that haven’t aligned themselves with animal exploitation:

After you’ve finished shopping, let PetSmart know that it won’t get your business until it stops selling animals:

Tell PetSmart That After What You Just Read, You’re Done With It