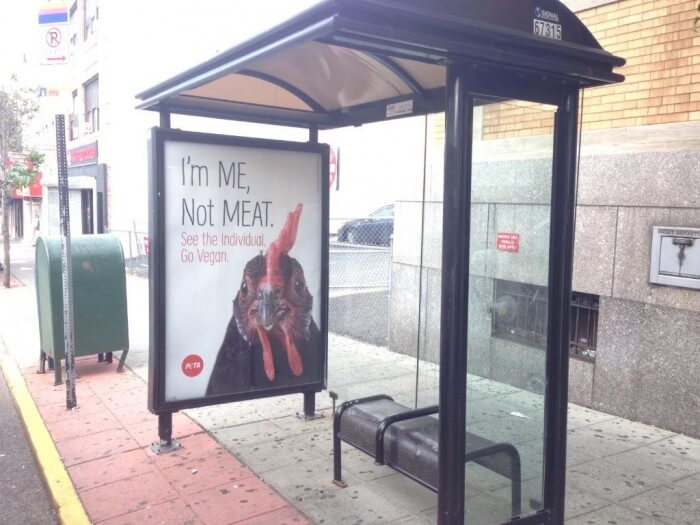 From the West Coast to the East Coast and everywhere in between, PETA’s “I’m ME, Not MEAT” message reminds folks that animals are individuals—made of flesh and blood—not “products.” The latest bus shelter additions to this national ad blitz can be found outside McDonald’s, KFC, and other busy restaurants in New Jersey, on Long Island, and in New York’s Westchester County.

Westchester County’s Department of Transportation actually rejected the version of our ad featuring a crying baby calf, so—undeterred—we placed the same ad featuring a herd of cows instead. 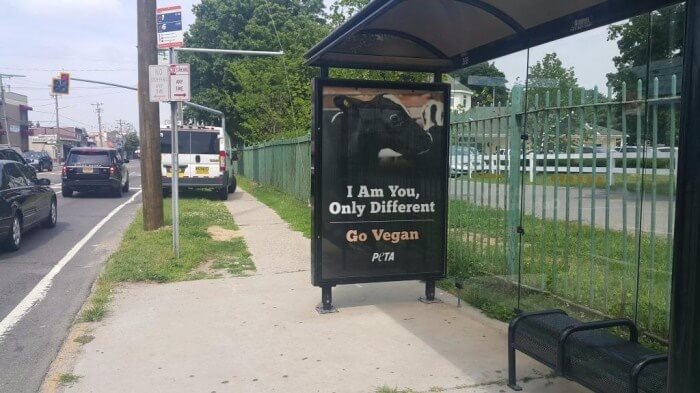 ‘I Am You, Only Different’

Animals may not have their own public transportation system (yet—have you seen War for the Planet of the Apes?!), but just like us, they are individuals who experience emotions and have personalities as well as a will to live. They form families and friendships when given the chance. 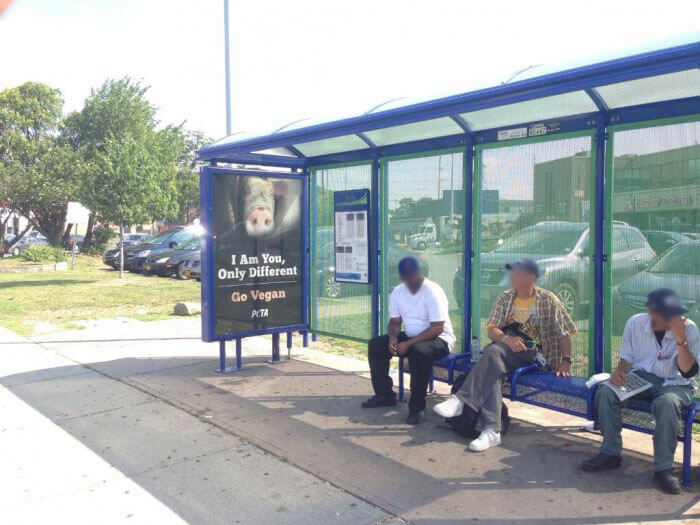 The message “I Am You, Only Different. Go Vegan” reminds travelers to demonstrate both empathy and compassion with regard to other living, feeling beings. These ads can be seen at stops near Wendy’s and Blimpie locations in New Jersey and a McDonald’s location on Long Island. 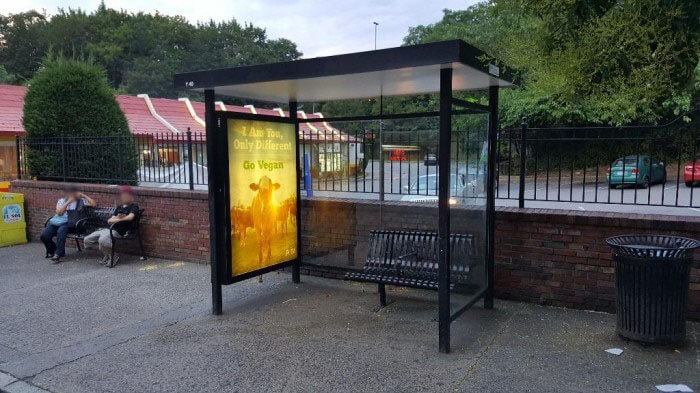 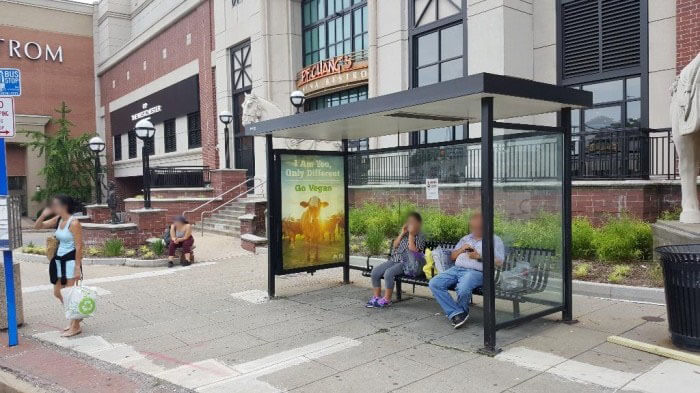 On a farm, each of these featured animals would endure a short, miserable life.

In today’s industrialized meat industry, chickens killed for their flesh are crammed by the tens of thousands into filthy sheds and bred to grow such unnaturally large upper bodies that their legs often become crippled under the weight. Pigs’ tails are chopped off, their teeth are cut with pliers, and males are castrated—all without painkillers. At slaughterhouses, workers shoot cows in the head with a captive-bolt gun, hang them up by one leg, cut their throats, and skin them—often while they’re still conscious.

Whether you’re on the go or at home, always choose vegan meals. PETA encourages everyone to show empathy and kindness to these sensitive animals by going vegan today.

I Want to Learn How to Order Vegan at Fast-Food Restaurants!
Send Me a Free Vegan Starter Kit!