Following reports that three historical markers in Llano County were vandalized, PETA sent a letter today to the Texas Historical Commission offering $2,000 toward the estimated $10,000 cost of restoring them—in exchange for permission to place a new marker nearby that may deter future damage by putting the original in historical context. PETA’s marker would read, “We must learn from history to be compassionate toward all races, genders, religions, and species. Please show respect for all by choosing nonviolence.” 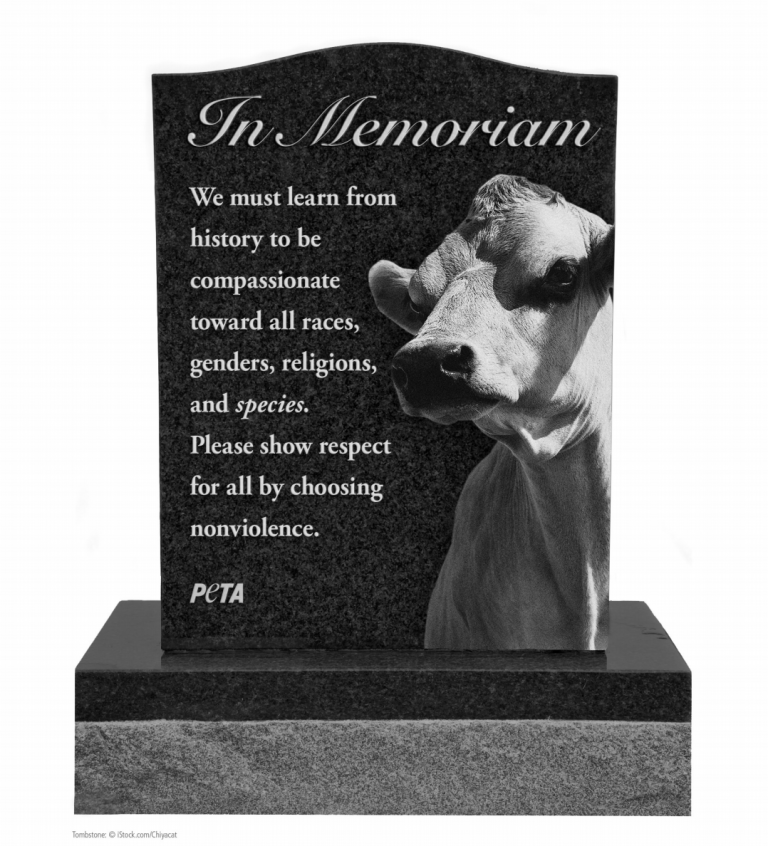 “As vegans, we promote understanding and respect for all living beings, regardless of religion, race, gender, culture, or species.

May we suggest a gesture that could help promote a message of peace to the Llano community—and perhaps even reach those responsible for this act?

Placing PETA’s sign at Paddlesack Mountain would be a simple way to promote peace, understanding, empathy, and compassion. It would also serve as a reminder that we need to learn from the past, and it would repudiate the vandalism committed by someone who apparently didn’t realize that the sign can be used for good, to teach a basic and important lesson in life.”

“All countries and peoples can point to moments when those who are perceived as different were misunderstood, persecuted, and abused—but remembering that can show us a way forward,” says PETA President Ingrid Newkirk. “PETA’s marker would remind people to learn from our past and extend peace, understanding, and compassion to all living beings.”