Things just got a little more hopeful for horses forced to race in the Garden State: On Wednesday, following years of pressure on the racing industry from PETA and our supporters, the New Jersey Racing Commission (NJRC) passed new rules prohibiting jockeys from whipping a Thoroughbred, except in an emergency. The new rules make New Jersey the first U.S. state to ban whipping to make horses go faster. Whipping will not be allowed at all “except for the express purpose of … safety”—meaning that the state has surpassed even California for the strictest whip regulation in the country. 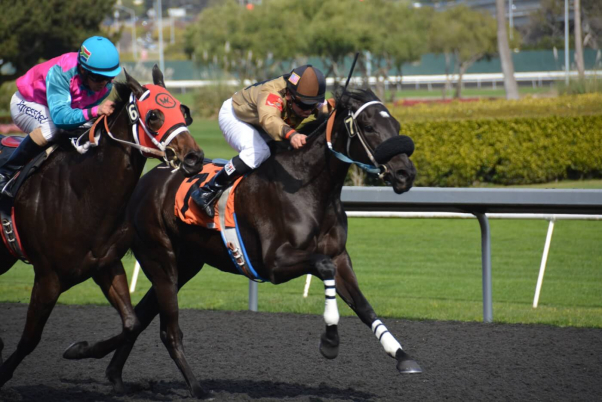 The ban, which will go into effect next year, was approved by a unanimous vote—even after the Jockeys’ Guild (which represents the interests of U.S. jockeys) and the operator of Monmouth Park expressed their opposition. Per the new rules, riders who do whip a horse “to achieve a better placing” (which researchers have proved doesn’t work) can be fined, suspended, and forced to forfeit their share of the purse. 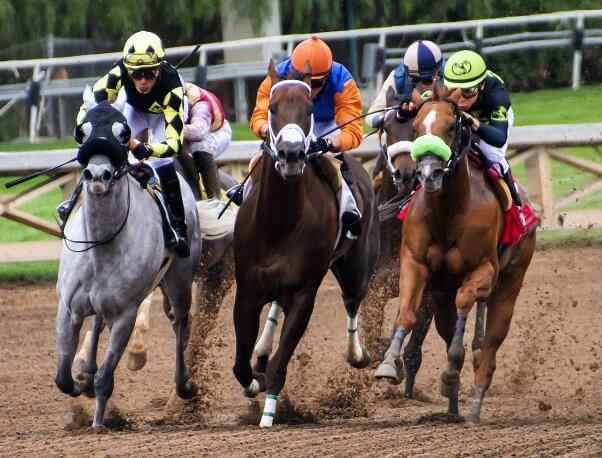 During races in many states, jockeys routinely strike thoroughbreds 15 to 20 times before they cross the finish line. In the 2015 Kentucky Derby, American Pharoah was whipped a staggering 32 times by jockey Victor Espinoza. PETA filed a complaint, and this year, the Kentucky Horse Racing Commission enacted a rule limiting jockeys to six strikes total. Now, Kentucky needs to catch up with New Jersey.

In a world that increasingly refuses to tolerate abuse, the ban is a smart move on the NJRC’s part. Bettors and other spectators don’t want to see horses being mercilessly whipped by jockeys in a vain attempt to win a race and some prize money. The commission even acknowledged public objections as a reason for the ban:

“The proposed repeal and new rules are of the utmost importance in adapting the industry to avoid the currently negative public perception of whipping a horse,” the NJRC said in a statement.

PETA has been calling for something like this ban for more than a decade. Now, we’re urging every other racing jurisdiction that hasn’t already instituted such a ban to follow suit—because beating horses to make them run faster should never be allowed.

Any racing jurisdiction that hasn’t banned whipping is arguing to be allowed to abuse horses, and state legislators must not stand for it. PETA certainly won’t. Click below if you’re with us: