Following a public outcry, PETA’s calls for stronger whipping regulations in the U.S., and the Kentucky Derby in which Triple Crown winner American Pharoah was whipped more than 30 times, the California Horse Racing Board implemented the strictest regulation in the country governing the use of whips in horse racing. Starting today, jockeys may whip a horse during a race only three times in succession. Then they must pause to give the horse a chance to respond before they can use the whip again. Jockeys who violate the rule will be subject to disciplinary action. 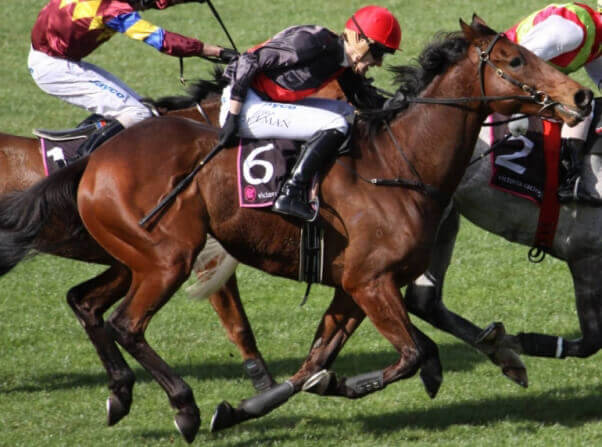 Of course, horses should never be beaten—and where else but in “sports” involving horses do you see public beating of an animal—but stronger regulations and serious enforcement will prevent much suffering.

PETA first began protesting whipping after the death of Eight Belles in the 2008 Kentucky Derby. The racing industry responded by taking a step in the right direction and redesigning the whip, making it shorter and adding a padded tip, so that it wouldn’t be as painful. We filed a request for an investigation into American Pharoah’s beating, but Kentucky officials turned a blind eye. Now Kentucky and all other racing states should follow California’s lead.

To help us protect horses, please urge your senators and representatives to support strong legislation to clean up racing.