The National Chicken Council is asking the U.S. Department of Agriculture (USDA) to waive its slaughter line speed limits so that slaughterhouse workers can rush chickens through even faster. Most slaughter lines currently kill 140 birds per minute (referred to in the industry with the euphemism “bpm”). It’s already a breakneck pace for the workers, but the suffering that the chickens endure is unimaginable. The National Chicken Council’s request sheds light on an inherently violent industry with no regard for sentient life, human or otherwise. 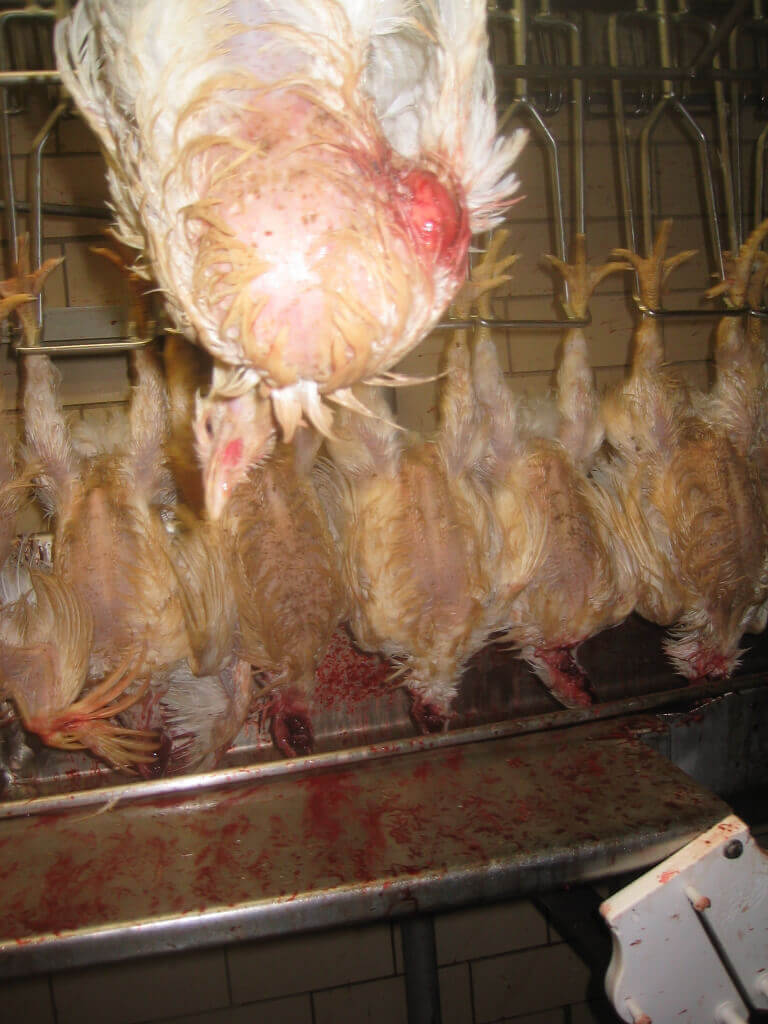 There is not a single federal law that protects chickens from abuse, even though more of them are slaughtered than all other land animals combined. They are arguably the most abused animals on the planet. The last thing that they need is more suffering. PETA hopes its graphic demonstration featuring “scalded chickens” outside the National Chicken Council’s headquarters will be a wake-up call for the industry, the government, and anyone who still thinks it’s OK to eat these smart, sensitive birds. 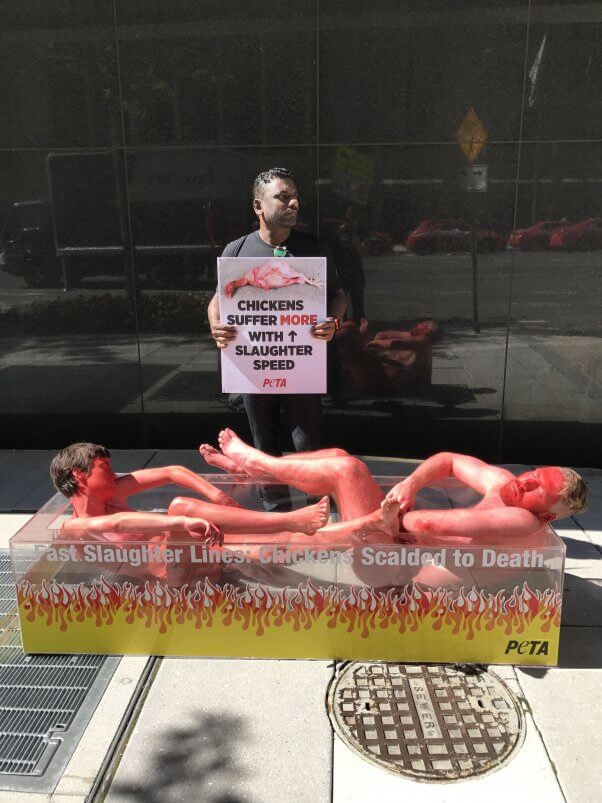 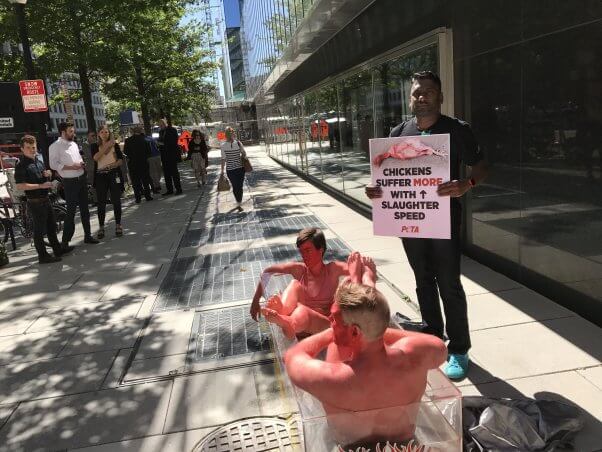 You can help chickens by ordering a stack of free vegan starter kits to leave at the gym, health-food store, condo community clubhouse, or wherever else people might pick them up.