In a demonstration organized by PETA U.K. and Spain’s AnimaNaturalis, four dozen kind people from around the world—wearing little more than “horns”—lay in coffins on Pamplona’s main square just before the start of the annual Running of the Bulls at the San Fermin festival to represent the 48 animals who will be killed during the festival’s bullfights. 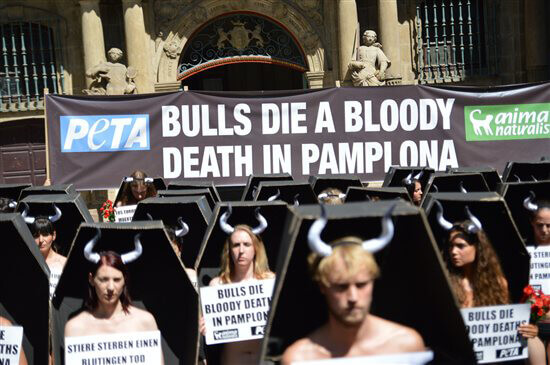 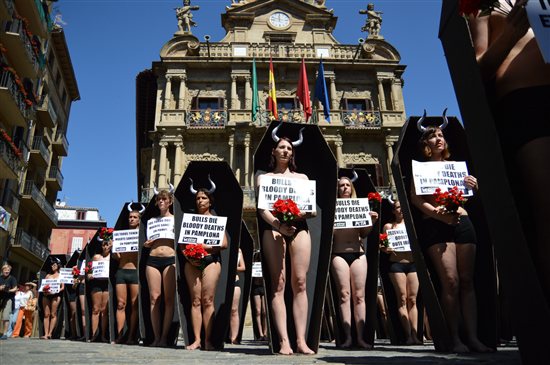 The protesters offered a stark reminder that the same bulls who slip and slide down Pamplona’s cobbled streets will meet an agonizing end in the town’s bullring. There, they will each be speared, stabbed, and weakened until, finally, a matador attempts to sever the exhausted animal’s spine with a dagger—if the bull doesn’t drown in his own blood first. 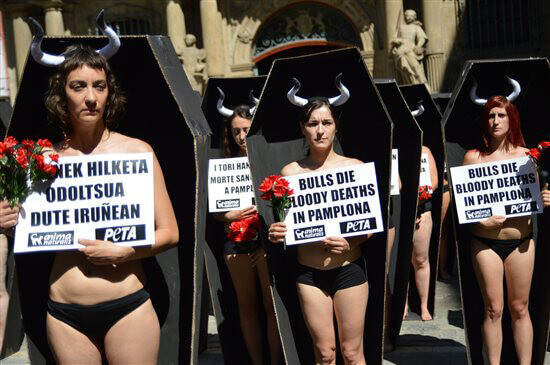 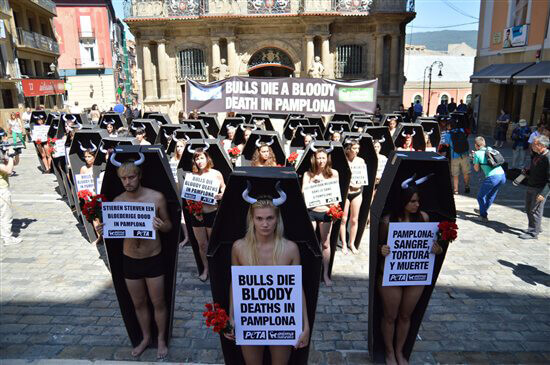 Bullfighting has been on the decline for years as people put animals first. The industry survives largely because of unwitting tourists who fuel the abuse. So when traveling, please stay far away from bullfights.