A few weeks ago, we exposed the horrific conditions that PETA Asia-Pacific found at the Sanchong animal shelter, including untreated sick and injured animals and a building structure in such bad shape that it could not protect animals from the natural elements. We asked for your help in urging Sanchong to make vast improvements for the animals—and as always, you rose to the occasion!

PETA Asia-Pacific has just met with the mayor of Sanchong and has inspected changes made at the recommendation of the local government. A new floor has been installed, preventing floodwaters from seeping in and keeping the dogs from drowning. The puppies housed at the shelter have been moved to a more suitable area, and the dogs now have individual pens in order to prevent fighting. If workers don’t forget and bunch them up again, this is good news. Water bowls have been installed (although it’s in such a way that they can’t be cleaned and must now be moved) and a new roof (that is too low and also must be moved) has been erected to keep out rain.

While this shelter has a long way to go to be acceptable, we are pleased with the efforts made by the government. PETA Asia-Pacific will stay on top of the situation, and we will continue to update you.

Thank you to everyone who has written in and contacted the city of Sanchong about this. Below are a few photos depicting the improvements that have now been made for these homeless animals. 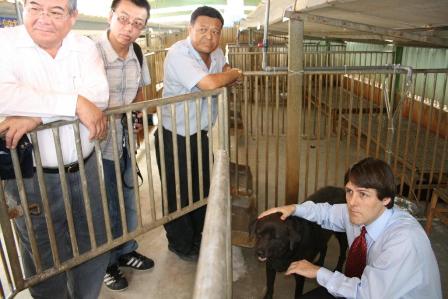 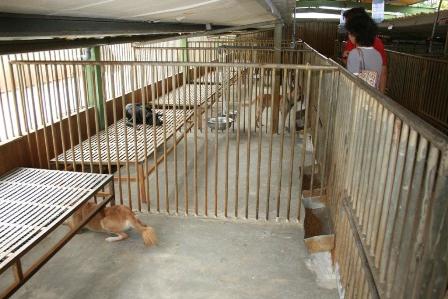 New floors at the Sanchong shelter 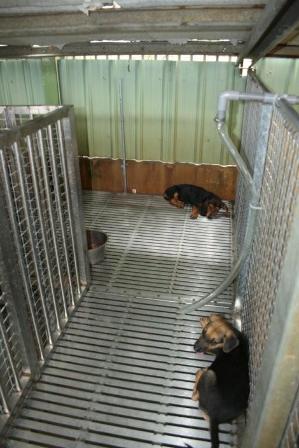 New floors for the puppy area