In the middle of Hartsdale Pet Cemetery in Hartsdale, New York, stands a memorial unlike any other. It is dedicated not to an animal who had a loving guardian and whose passing was marked with tears—but to all of the animals who never had a home and who were not mourned after they were slaughtered.

It is a memorial dedicated to all of the animals who spent their time on Earth being bred and killed for their flesh.

Artist and PETA supporter Linda Brant created the work, the “Monument to Animals We Do Not Mourn”, and unveiled it on Saturday, March 18. 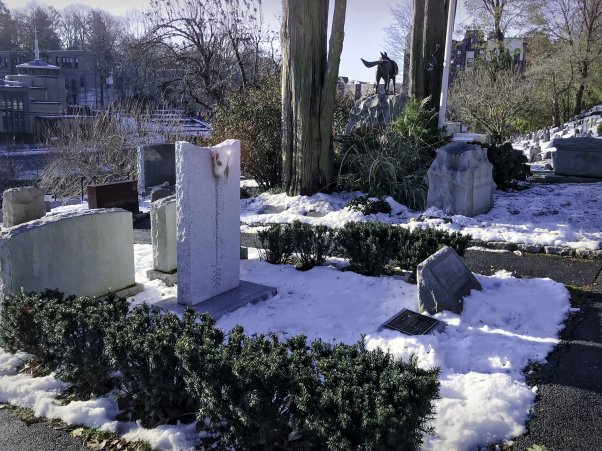 “I think many people are uncomfortable with the way [farmed] animals are treated,” Brant said, “and this monument is both a memorial and a statement of the need for greater mindfulness in our care and treatment of these individuals.” She encourages visitors to leave a small stone or crystal near the base of monument as a show of support for its message. Those stones will be used to create another monument for unmourned animals. 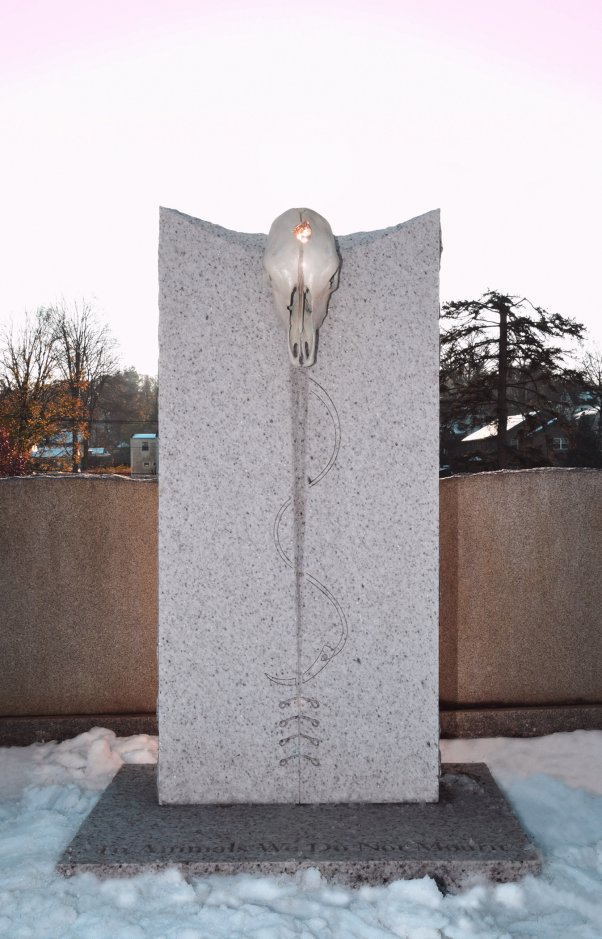 ​”The monument is designed to be visually simple yet challenging,” states Brant. According to the artist’s website, “The permanence of the materials (granite, bronze and crystal) stands in contrast to a throw-away society and the commonly held view that the lives of certain types of animals are disposable. … The monument stands 55 inches high, which is approximately the same height as a young steer at the time of slaughter.” 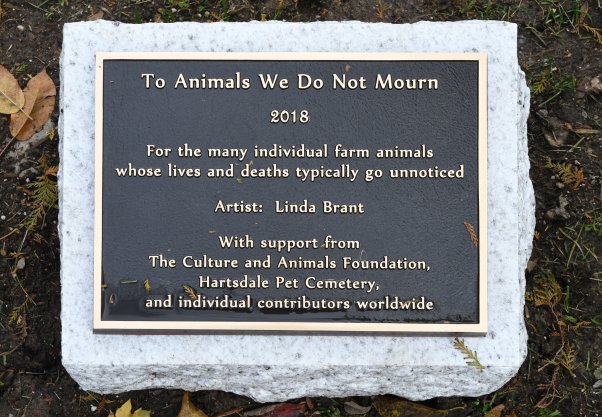 PETA has placed several monuments and roadside memorials to animals who were killed in crashes while on their way to the slaughterhouse and more animals whose deaths would otherwise have gone unnoticed. When we first started proposing them to cities years ago, the idea was frequently laughed at. But as an increasingly aware public has begun to sympathize more and more with these animals, we’ve been able to place the tributes in dozens of towns across the U.S.