On the heels of our eyewitness investigation of the University of Pittsburgh’s (Pitt) laboratories, PETA is back on campus with a hard-hitting advertisement and an eye-catching demonstration to let students know about cruelty to animals at their school and rally their support to end it. 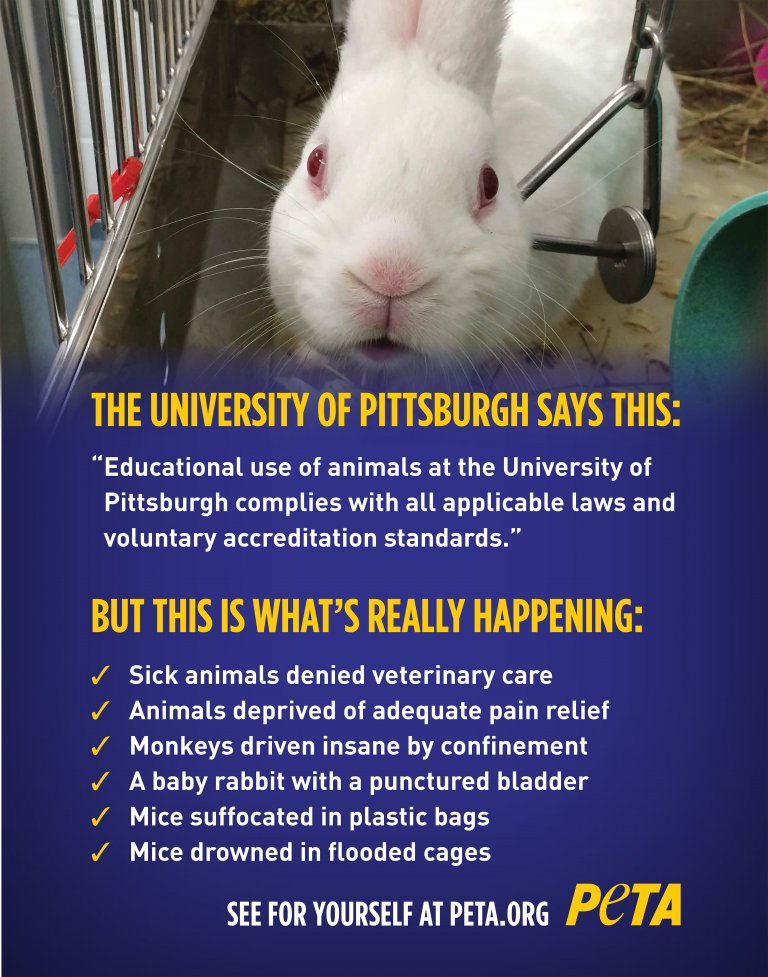 PETA has exposed numerous abusive experiments on animals—and Pitt’s sepsis studies on mice rank right up there with the worst. 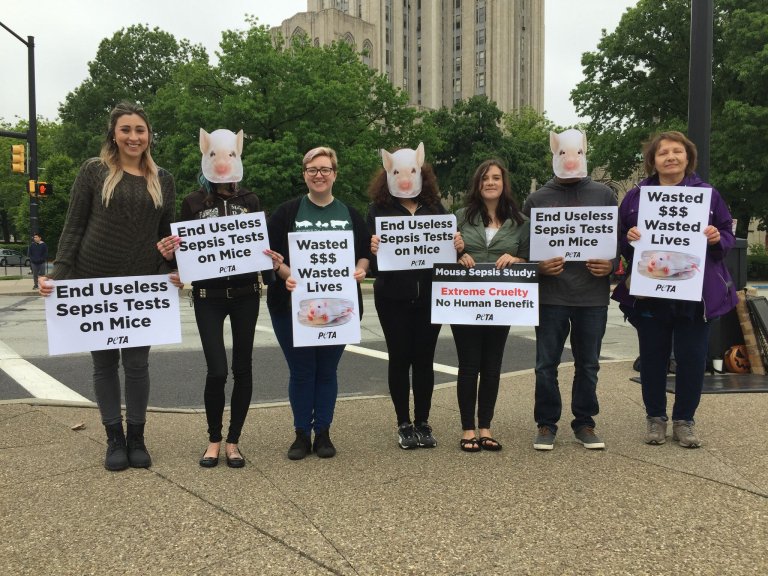 Our eyewitness found thousands of animals, including monkeys, rabbits, mice, and rats, being used in horrifically cruel—and taxpayer-funded—experiments.

“If mice believed in hell, it would look to them like Pitt’s laboratories.”

Hundreds of mice endured pain and torment in invasive experiments supposedly designed to study human sepsis. Pitt approved the experiments, even though a landmark study in 2013 determined that the results of sepsis experiments in mice can’t be applied to humans because of vast biological differences between species.

Experimenter Rajesh Aneja punctures the intestines of mice so that fecal matter and accompanying bacteria spill into the animals’ stomachs, causing sepsis—a serious reaction to severe infection. The mice go into septic shock, their organs start shutting down, and they are unable to move as their tiny bodies are wracked with pain. Finally, they die.

PETA contacted Pitt’s chancellor, Patrick D. Gallagher, outlining the scientific futility and moral obscenity of the experiments and asking that he instruct the laboratories to call them off. We have yet to receive a response.

We also placed an ad in the school newspaper informing students about the experiments. Pitt students are signing our petitions and demanding that experimenters stop tormenting animals under their noses and in the name of their school. 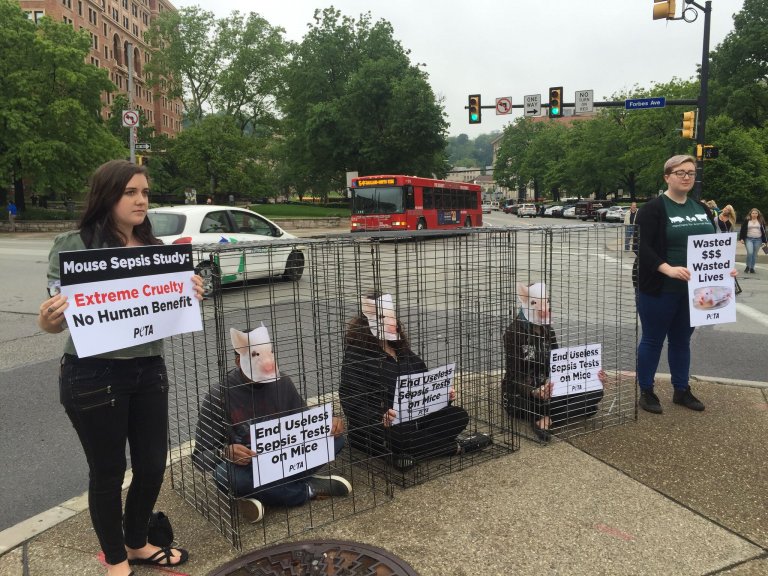 Negative publicity and pressure from PETA and our supporters has shut down countless abusive experiments on animals. We can do it again! Please e-mail the University of Pittsburgh and urge it to stop these pointless experiments today. 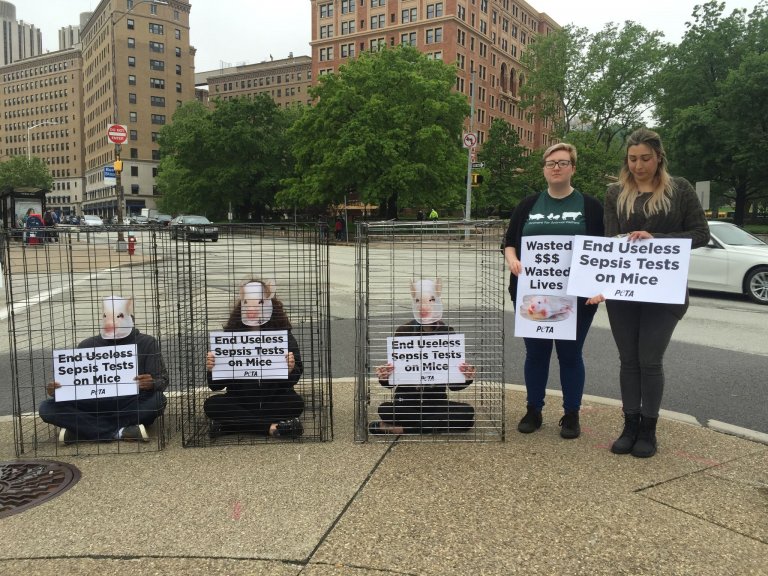