Andrew David Thompson, a student in osteopathic medicine at Michigan State University, has reportedly admitted to killing 13 tiny Italian greyhounds by grabbing them by the neck, beating them, and throwing them against the ground or a wall. 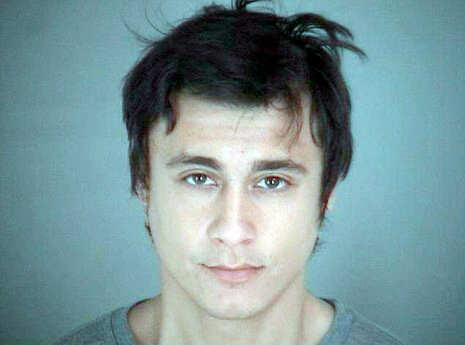 After an anonymous call to animal control, investigators searched Thompson’s apartment and reportedly found a severely injured puppy in the closet whom they rushed to a veterinary hospital. The dog survived, despite suffering from internal bleeding.

Thompson allegedly told an animal control officer that he would get angry and kill the dogs when they had accidents in the house or wouldn’t come to him. He is charged with 13 counts of killing animals and faces an additional charge for the beaten dog who survived.

Law-enforcement officials have repeatedly documented that people who commit violent crimes against animals  often “graduate” to killing humans. If you ever suspect someone of animal abuse, it is vital, for the safety of the entire community, to report it to authorities.

PETA is calling for the maximum prison sentence for Thompson if he is convicted, and you can help by contacting Prosecutor Stuart Dunnings III and politely asking for justice for the dogs Thompson allegedly murdered.