U.S. citizens are hardly alone in their frustration with government officials. In the town of Xalapa, Veracruz, Mexico, two residents have proposed electing a cat to be mayor. This is no yarn: The designated candigato, Morris, has seen his popularity soar—at least on Facebook—so PETA has sent the cute contender a letter asking him to back a purrposal to require Xalapa’s residents to spay and neuter their cats (and dogs) and to treat homeless animals kindly. 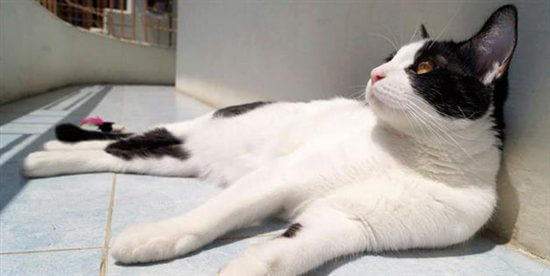 Although his campaign managers suggest that Morris will eliminate the “rats” from government, that hardly seems fair to actual rats, who are smart, clean, and friendly. Instead, PETA suggests that he should focus on the “fat cats.” Well, really, they’re not so much fat as they are pregnant, contributing to the overpopulation crisis that’s relegating so many animals to hard lives on the street.

Every stray cat and every neglected dog came from an animal who wasn’t spayed or neutered. By preventing animals from being born, sterilization also prevents them from being hit by cars, infected with miserable diseases, attacked by other animals or cruel people, used as bait by dogfighters, or simply left outside to die of starvation, exposure, or neglect.

With these things in mind, Morris must recognize that leaving his fellow felines to fend for themselves is about as desirable as a hairball. If he licks his opponents, let’s just hope that absolute meower doesn’t corrupt!

Good citizenship starts at home—please practice animal birth control by adopting animals from shelters or rescues and having your companion animals spayed or neutered.

Please note: PETA’s backing of Morris for mayor is obviously intended as a humorous way to provide Xalapa residents with information about ways to address the homeless-animal crisis. PETA makes no comment on the suitability for office of any bipedal candidates. PETA promotes and educates the public on ways to help animals and does not directly or indirectly participate in any political campaign on behalf of or in opposition to any candidate for public office. Voters should consider a range of issues important to them in deciding how to cast their vote on election day.